Are you coping with a shingles breakout? This might not be of much comfort, but it’s no surprise…

That’s because the Centers for Disease Control and Prevention (CDC) estimates that 1 in 3 people in America will develop shingles sometime in their lifetime. The outbreak begins with blisters that turn to scabs after 7-10 days and are usually fully healed in 2-4 weeks.

The rash most commonly begins as a stripe around one side of the body, such as the waist, chest, abdomen, back, or sometimes the face. When it occurs on the head, hearing, or vision can be affected, so it may be a good idea to visit your doctor for a quick recovery plan.

Studies have shown that internal organs may also be affected. Evidence of the virus has been found in the digestive system and the arteries in the brain. The results have been gastrointestinal distress and possible increased risk of stroke or dementia. 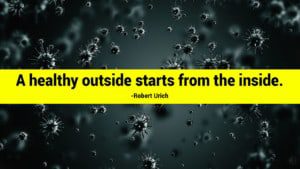 Although generally not considered life-threatening, the virus can be contagious for those who had a past case of chickenpox. So sufferers should wash their hands often, keep the affected area covered if possible, and avoid scratching irritated skin.

The virus can also cause chickenpox in those who have never had that illness, so contact should be avoided with infants, children, or pregnant women. Children and adults of any age can contract the shingles virus. However, adults over 50 years old are at higher risk, as well as individuals with a compromised immune system or serious physical injury.

The Primary Causes of Shingles

Why this virus would suddenly activate after years of lying dormant is unknown. But at least some of its sources and possible impetus have been researched.

Shingles arise from a herpes-type virus called the Varicella-Zoster Virus (VZV), the source of common chickenpox. Because of this, some professionals refer to the condition as Herpes Zoster. Herpes Zoster is not a sexually transmitted disease. It can, however, be transferred by directly touching any open sores in the rash, so others should avoid physical contact.

From Childhood Chickenpox to Herpes Zoster

After having chickenpox as a child, the virus may lie inactive in nerve tissue near the spinal cord or brain. It can then reactivate as shingles years later. The virus travels along nerve pathways, eventually erupting on the surface of the skin. As a result, the sharp pain associated with the virus often results from nerve involvement rather than from the rash itself.

Of course, not everyone who has chickenpox will develop shingles. The reasons for the condition are unknown, but age and overall physical health are believed to help raise the chances of the virus becoming active.

Some studies indicate that extreme stress resulting from devastating events such as a financial calamity, injury, or loss of a loved one can weaken the immune system, causing the varicella-zoster virus to reactivate, resulting in shingles. Or ongoing daily stress combined with age, mood disorders, and poor diet may also cause reactivation.

Stress should never be underestimated in its effects on the body. Learning how to lessen the severity and duration of stress can be an important factor in promoting overall health and shorter recovery times.

Poor eating habits, such as too much fast food or overprocessed foods, make the body more susceptible to invasion from all kinds of infectious bacteria and viruses, including Herpes Zoster. Maintaining a healthy diet will boost your immune system, enabling your body to fight off viruses and other serious illnesses.

As ongoing research reveals how specific foods affect our bodies, we’re learning the importance of removing certain foods from our diet in order to assist the body’s recovery process. So it’s not surprising that there are some foods to avoid during a Herpes Zoster outbreak. These include foods rich in the amino acid arginine and juices with high sugar content.

A weakened immune system can undoubtedly increase susceptibility to VZV. So if you or a loved one has a medical condition such as HIV, leukemia, or lymphoma, or if you take immunosuppressants such as steroids or post-transplant meds, avoid contact with anyone suffering an outbreak of Herpes Zoster. 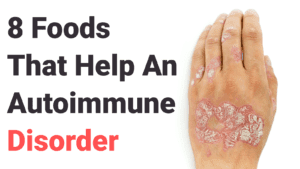 The Herpes-Zoster virus generally begins as a rash on one side of the body or face.

The onset of Herpes Zoster may seem like an allergic reaction or localized itch, but after the rash becomes visible, the symptoms will escalate over the first couple of days, including any or all of the following.

It may sometimes take up to two weeks for a rash to appear, after which the outbreak may progress as follows:

Pain greatly varies from case to case. Some experience only mild symptoms, while for others, even gentle air blowing over the area may be excruciating. A few even develop extreme pain without developing any rash at all. Research and awareness can help prevent the illness from becoming so extended and inform you about how to address more severe symptoms.

Some less common symptoms include the following:

Shingles on the Face

If Herpes Zoster develops on the face, the sufferer may expect to experience:

VZV in the mouth can cause toothache as well as facial tenderness. There may be lesions on the roof of the mouth, making eating and drinking difficult and painful.

The development of Herpes Zoster ophthalmicus, or eye shingles, can be a more serious outbreak of the illness. Some symptoms include:

Herpes Zoster ophthalmicus is not the only eye condition that may display these symptoms. It is important to consult a medical professional if you begin to experience any of the above indicators. Severe complications could occur, such as inflammation, corneal ulcers, glaucoma, or permanent vision loss.