By Power of PositivityPublished on September 10, 2018Last modified December 09, 2021

“The National Institute on Alcohol Abuse and Alcoholism (NIAAA) reports that about 17 percent of men and 8 percent of women will develop an alcohol use disorder at some point in their lives.” – American Addiction Centers (source)

Alcoholism is defined as “the most serious form of problem drinking, [describing] a strong, often uncontrollable, desire to drink.” People with alcoholism will place the need to drink above all other priorities, including loved ones. An estimated 15.1 million people have a condition relating to alcoholism.

Alcohol is addictive because of its effects on the brain’s primary inhibitory transmitter, GABA (gamma-aminobutyric acid). Inhibitory transmitters effectively suppress the firing of neurons in the brain, producing a relaxing effect. GABA is popular as a supplement for its anxiety-relief properties (though current research claims that GABA supplements do not cross the blood-brain barrier.)

Alcoholism varies by degree. Alcohol use disorders (AUD), or alcohol abuse, may include those who are not yet physically dependent on alcohol but continue to drink despite the resultant negative consequences.

There are five types of alcoholics:

(1) Young Adult: Binge drink on the occasions that alcohol is consumed; begins around 20 years of age.

(2) Young Antisocial: Starting at around age 15, young antisocial drinkers are those who have an antisocial personality disorder.

(3) Functional: Highly-educated individuals with stable relationships and more disposable income. Binge drinking occurs about once every couple of days.

(5) Long-term Severe: Often males with high divorce rates, they are more likely to abuse more than one drug.

Long-term alcohol abuse can lead to various health problems, including those that are life-threatening. Alcohol abuse, whether long-term or a single event, may either contribute to or result in:

It isn’t always obvious when someone has an alcohol problem. A good example is functional alcoholics, who seem to get by in everyday life just fine – at least on the surface. But alcohol use inevitably shows up in one’s behavior. It’s merely a matter of whether such behaviors are observable.

Here are ten behaviors that may reveal someone with hidden alcoholism:

– Extended time away from family or work.

– Calling in sick and showing up “fine” the next day.

– Refusal to acknowledge that anything is wrong.

– If confronted with evidence of alcohol use, the abuser will not admit fault.

– Uses accomplishments and successes as “proof” that no problem exists.

– Consuming alcohol in excess at a social or professional event

– Drinking servings of alcohol rapidly and with little rest between drinks.

– Inability to consume one drink without getting another.

– Changes in personality that lead to emotional and/or physical separation between the alcoholic and family members.

– The sudden decline of professional relationships.

– Only showing up to ask for favors, including to borrow money.

– May spend more money, max out credit cards, or take out loans.

– As the degree of alcohol abuse increases, the alcoholic may hurt themselves by accident.

– Falling, tripping, and passing out considerably increase the odds of physical injury.

– Showing up with new bumps, bruises, and other signs of injury on a regular basis.

– Chemical changes in the brain make it more likely that the alcoholic will respond abruptly and inappropriately.

– As a functional alcoholic’s condition worsens, the “typical” sense of calmness shown prior may diminish.

– Sudden outbursts of emotion may surface for seemingly no reason.

– New or worsening anxiety and depression may surface.

– Changes in mood do not coincide with any life event.

– Lack of enthusiasm or drive; this is particularly evident in people who are “accomplished” by any other measure. 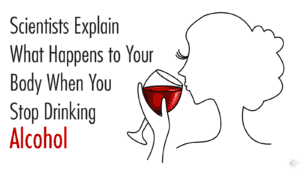 – Going without showering or changing clothes for an unusual length of time, especially at home.

– Maintaining a professional appearance may lose its importance.

– Most unfortunately, alcohol (along with other drugs, at times) may ultimately deprive a person of their willpower.

– Activities that the person used to find engaging suddenly get little to no attention. (This is usually a side effect of depression.)

– Loss of interest also extends to numerous aspects of the alcoholic’s life, including personal and professional interests.

Alcoholism is a disease that puts the person’s life and health at risk. Most crucially, actions of the alcoholic (e.g., drunk driving) may put the lives of innocent people in jeopardy.

Alcoholism is best – and most effectively – dealt with in the early stages of development. Various resources exist that can help the alcoholic get their life back on track, many of which are free and easy to access. Help 4 Addiction, however, requires the person’s willpower, in addition to proper support, care, and efficient training by experts.

If you or someone you care for is having problems with alcohol, please contact the American Recovery Center at 1-888-319-2606 or visit www.recovery.org.

For those who live outside of the United States, a simple internet search with the words “drug abuse hotlines” will provide a phone number or website. You may also call your local hospital for information about treatment.