A Facebook meme states “thousands of years of eating bread, and suddenly everyone goes gluten-free.” The fact is that less than one percent or one in 100 people have celiac disease, an auto-immune disease in which the small intestine is damaged upon ingesting gluten. Hundreds more have a gluten sensitivity in which the intestine is not damaged, but the symptoms are equally painful.

Gluten-free foods, mostly prepackaged, have added sugars and fats. This calorie-intensive “food” does as much harm as the disease it purports to help. However, millions of people have gone on the gluten free diet whether or not they should. To these people, we offer ten things they should know.

10 Things To Know About A Gluten Free Diet Gluten is a protein found in grains such as wheat, barley, and rye, as well as in foods processed in plants that process grains. Proteins are the building blocks of the cells. Take away that protein, and the body struggles for health.

2. Whom Does This Affect?

Dr. Axe tells us that for many years, celiac patients’ symptoms were cut and dried. If you had a gluten sensitivity, then you had celiac disease. Those with gluten sensitivity that weren’t celiac patients were somewhat misunderstood. Their symptoms were different, but no less painful. Both reported improvement when following a gluten free diet plan.

3. Where Else Does Gluten Appear?

Unlike doctors who clean and sanitize their surgical instruments, food processing plants give a swipe of a soapy cloth and call their facility “clean.” The truth is that candies, soft drinks, salad dressings, deli lunch meats, some fruits and vegetables, beer, processed meats and their vegetarian cousins, condiments, gravies, bouillon, and many more are processed using the same equipment used to produce breads. Read labels carefully and ask questions if gluten doesn’t appear there.

If you’re a celiac patient or a gluten-sensitivity patient, then the answer is a resounding yes. For others, the answer is a shrug. The nutritional benefits of grains notwithstanding, cheating the body of necessary nutrients isn’t a good idea. Other grains such as oats and quinoa don’t contain gluten.

Additionally, it depends upon the reason for adopting a gluten free diet. Those wishing to lose weight may actually gain weight from the added sugars and fats in prepackaged “foods.” Those wishing for a healthier lifestyle need to check labels thoroughly for hidden gluten.

A truly gluten-free processing plant doesn’t exist, as we discussed above. Restaurants claiming to be gluten-wise or gluten-conscious should be taken with a grain of salt. They could contaminate your gluten-free food by not washing hands or changing gloves when switching between gluten-containing foods to non-gluten foods. These restaurants serve the greater public who would like to go gluten-free, but aren’t forced to by disease or sensitivity.

6. Gluten-Free Can Be Delish

So there are no breads and pastas in your gluten free diet. There are dozens of foods available to you that are delicious. Meats, seafood, fresh fruits and veggies, eggs, poultry, nuts, seeds, potatoes, rice, and dozens of other foods taste good and are good for you.

Breaking a habit is not easy. You’ll backslide and cheat. Training the mind and body to discontinue what’s bad for it takes time and effort. Don’t feel like a failure when you don’t sail right through the change. It happens to everyone. Just get back on the gluten free diet wagon and you’ll be fine.

8. The Friends And Family Plan

Not walking in your skin and suffering your symptoms makes friends and family puzzled. They don’t see the problem with eating breads and pasta. Add to that the fact that they don’t understand the medical terms and may rarely do research to find out. You’re going to feel alone. There are many like you as well as support groups both online and in your city for your comfort and convenience.

The celiac patient will actually gain weight. The intestine will heal, enabling it to absorb nutrients again. Watch for additional sugars and fats in your gluten free diet plan. Most gluten-free foods are junk food anyway. No amount of fancy advertising will make it anything other than junk food. 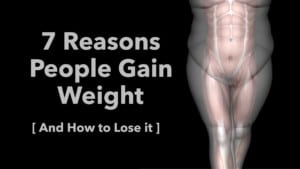 Hard liquor like whiskey and bourbon are made from grains. The difference between these and beer is that hard liquor is distilled. The gluten is too difficult to get through the machines, so hard liquors are gluten-free. Beer, on the other hand, isn’t processed like that. Beer still contains gluten from the grain. There are beer-like substances, and some people think they taste better than the real thing. Jack and Coke, anyone?