Relationships are complicated. There are plenty of reasons someone who is not entirely happy in their relationship might wind up sticking around a little too long before dropping the bomb that it’s over. In fact, most individuals go through five stages of thought in ending a relationship, and progressing between those stages in the midst of a relationship can take a while.(1)

Unfortunately, this means the partner of that person is stuck believing that everything is perfectly fine and normal, only to be struck with the sudden heartbreak that will follow. An anonymous quote wisely puts it this way:

“The problem is women think he will change; he won’t. The mistake men make is thinking she’ll never leave; she will.” – Anonymous

By being aware of the signs that a relationship is nearing its end (or that your girlfriend is preparing to split up with you), you’ll save yourself from a lot of heartbreak in the coming weeks or even months. Here are some behaviors that reveal a woman is about to leave her relationship.

1. She comes up with reasons to avoid you.

The whole point of being in a relationship is to be with each other and around each other. So if your girlfriend has gone from eagerly making plans with you to suddenly coming up with excuses why she can’t make plans or canceling last minute, something could be up.

This is especially telling if your girlfriend seems to be going out of her way to attend events that she previously expressed contempt for – and the two of you aren’t going to those events together. If she seems ambivalent when you leave on a business trip or are too busy to grab dinner together, she may no longer be invested in your relationships. Sometimes, this might even extend to bedtime habits – she might turn in early when you need to stay up, but insist on working late when you’re heading to bed early.

While other aspects like new jobs can influence how much time your girlfriend spends with you, her sudden desire to avoid you could be one of the most obvious signs that a relationship is nearing its end.(2)

In general, partners who are interested in you and love you will want to hear about your day. Additionally, they will listen to you talk about something that you enjoy – even when they can’t always understand those things themselves! If this is something your girlfriend has always done and now she’s no longer keen to hear you talk, things could be going south.

The same goes for a previously communicative girlfriend who suddenly stops wanting to tell you about her time at the office or something funny that happened on her way home. Such behavior even extends to calls and texts. If she doesn’t want to talk to you, she might be consciously reducing your contact in preparation for a split.

3. She no longer talks about your future together.

Talking about future plans can be exciting for serious long-term partners, and that might be something you and your girlfriend used to love doing. It can be something as simple as planning a vacation a few months away or something as serious as pondering the number of kids you want. Whatever the case, if your girlfriend seems reluctant to discuss these things, it could be because she no longer sees a future together with you.

4. She seems to be consciously in a bad mood around you.

It’s not fun to be around someone who is always grumpy. If you notice your girlfriend has become this type of person, maybe it’s because the relationship is putting her in a bad mood. She might be feeling trapped or simply unhappy and thinking that it’s time to move on.

These bad moods might also be intentionally acted out in order to convince you that she is not a good girlfriend, hoping you will end the relationship first. No amount of your attempts to encourage positive thinking will likely get her out of her pretend funk.

5. You’re the last to know about her life developments.

If your girlfriend’s new job promotion or big life-changing moment comes as a complete and utter surprise to you, this might be because the relationship is heading to an end. She might no longer feel the need to include you in her daily life updates, thus you end up the last person to find out about good news. If she no longer informs you of positive or negative life developments, she might no longer see you in her life to see her through the ups and downs.

6. She stopped making an effort.

Relationships will only work out if both partners are making an equal effort. If you’ve noticed your girlfriend suddenly dropping her efforts, then maybe she no longer thinks it’s worth it. This can be anything from a woman no longer planning dates like she once did, to her forgetting important events, to her no longer being willing to help you whittle away your to-do list when you’re swamped in work like you do for her.

If she has stopped putting an effort into her appearance, especially when she always spruced up before dates or outings in the past, take note. She might be lowering the bar because she no longer cares about keeping up appearances. She likely assumes it will all be over soon anyway.

7. The intimacy has died.

Sex isn’t everything in a relationship, and of course, there are some relationships where it doesn’t play an important role. But if you’re seeing a complete nosedive in intimacy with your girlfriend, she might no longer be interested enough in you to engage in that connection.

If your girlfriend doesn’t want to be intimate with you often anymore, hasn’t made an effort to or shown interest in spicing it up in the bedroom, and has confined all kisses to chaste pecks on the cheek, maybe the attraction has died on her end. The same goes for if you’re still regularly having sex, but that sex feels more like a monotonous routine.

8. She starts excluding you.

Every person in a relationship needs to have their own time and space to themselves. But if it’s reached the point where all your girlfriend ever wants is time and space away from you, then you could be heading for a breakup. You might notice your girlfriend seems to be making plans with everyone else except you and never asks you to tag along. This could be her way of pushing you out of her life.

9. Your jokes no longer make her laugh.

All relationships have their inside jokes. When you make a reference to something only the two of you would know and she can barely even muster a smile, maybe she no longer wants to remember the past that created that joke. In addition, if your girlfriend usually cracks up at your puns but has failed to do so lately, there’s a chance she no longer finds what you have to say interesting enough to pay attention. 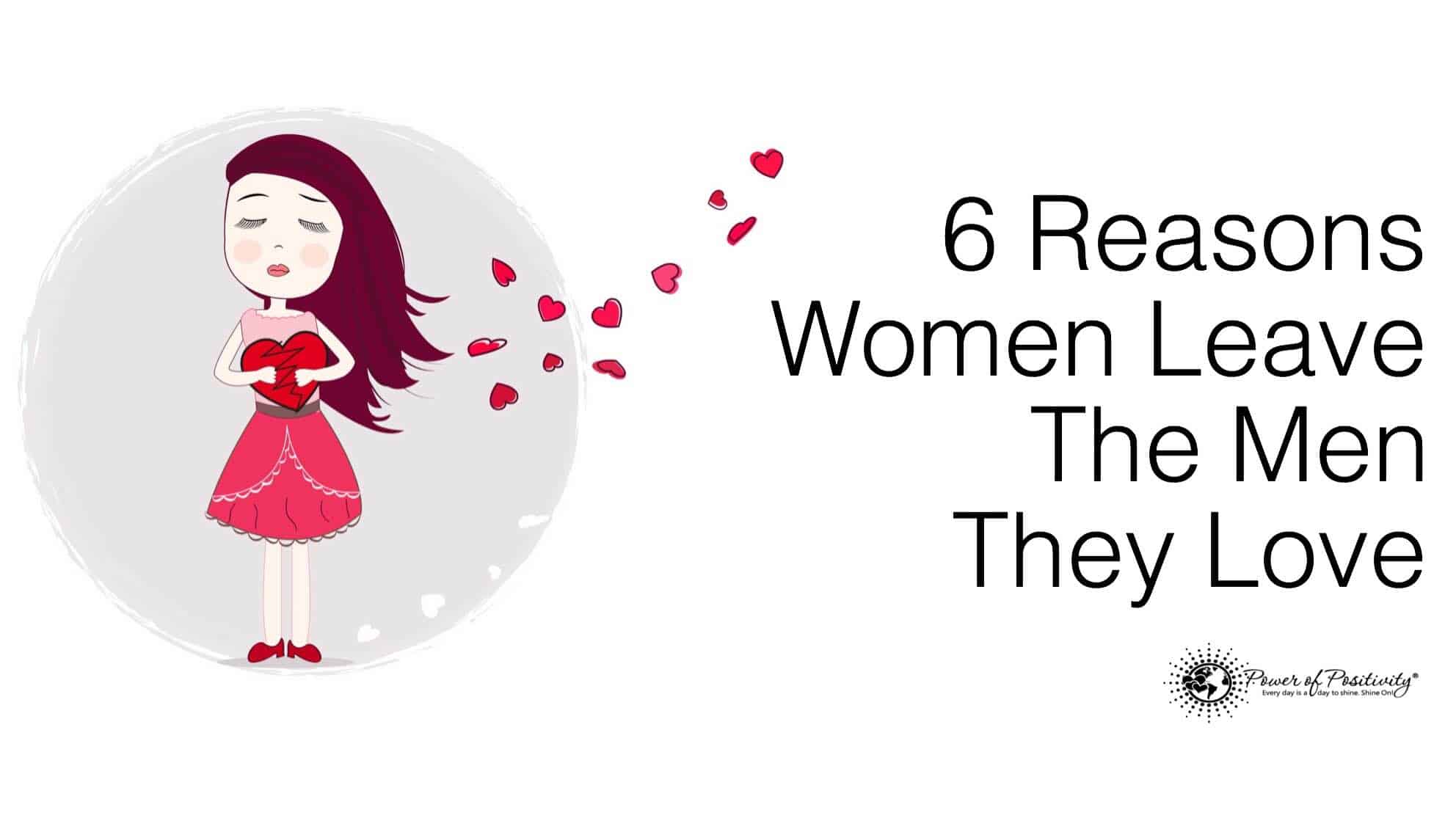 10. She either picks fights or doesn’t care about them.

Constant arguments initiated by your girlfriend, especially over the tiniest things, are a very obvious sign that a relationship is going downhill, fast – but it’s also a red flag if your girlfriend stops caring about fights altogether. If your girlfriend is allowing you to “win” all your heated debates, she might simply not care enough to bother. This could be because she doesn’t think it’s worth trying to change your mind when she won’t be sticking around for a long time anyway. (3)

No one should have to feel like they’re being led on or played, especially when you’re investing time and emotional energy into a romantic relationship. Do these signs always mean that a woman is going to hightail it? Not necessarily. Sometimes external factors could be causing these issues.

If you think this might be the case, try communicating openly with your girlfriend. Ask her if everything is alright. Perhaps something is going on in her personal or family life that is causing concern and she is simply distracted or discouraged.

At the same time, by noticing these behaviors that could spell trouble in paradise, you’ll know if you should talk things out with your girlfriend in order to see what’s going on. Perhaps a good discussion can nip things in the bud before it all goes south. Or perhaps you will find that she has been thinking it is time to move on. If this is the case, knowing sooner rather than later can help you move on with a positive attitude, resting assured that you did what you could.

Related Items leave a relationship relationship signs a relationship will end signs she is about to leave
Power of Positivity uses cookies to give you the most relevant experience. For more information see our Privacy Policy.
Continue
Manage consent