Do you envy strong women who don’t put up with a bunch of nonsense?

Some of these things seem so normalized that many strong women don’t realize that it’s something they don’t need to put up with.

Our title and today’s topic focuses on how today’s women handle adversity in relationships. However, nobody should put up with people who disrespect or mistreat–men or women. So regardless of your gender, take note of these traits and expect the best for yourself!

“A strong woman is a woman determined to do something others are determined not to be done.” – Marge Piercy

Women who stand up for themselves will not put up with men who exhibit these behaviors.

As charming as it might be to cook dinner for your partner every once in a while, not knowing how to cook isn’t an endearing trait. However, a strong woman should never put up with someone who can’t cook a meal or doesn’t know how to fend alone for a few days.

Women should be companions to their partners. In fact, they are not their partner’s mother. Not knowing how to cook is, indeed, a baseline for any adult. Otherwise, “This signals that he may not see you as an equal,” says Jennine Estes, M.F.T and author of Relationships In The Raw.

2. Not cleaning up after themselves

A woman in a relationship is not a maid or a housekeeper! If a man leaves his drawers all over the floor, his wet towel on the bathroom sink, and his socks outside the hamper, then he’s not ready for an adult relationship. A strong woman should never have to tolerate picking up after a man every time she comes over. If he can’t clean up after himself, then he needs to do some growing up. 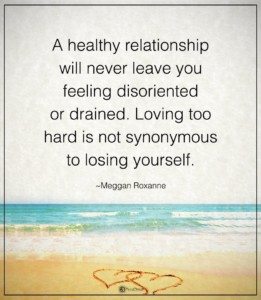 5. Unsupportive of her goals

Being in a relationship is like having a built-in support system. According to research by Brigham Young University, “ambivalence in a relationship — the feeling that a partner may be unpredictable with his or her support or negativity — can take a quiet toll on the health of an individual.” A strong woman will have plenty of goals that she wants to achieve in her life.

6. A partner who doesn’t help with the children

A strong woman should always be able to trust her partner. Relationships survive on trust and communication. No one should feel like they can’t trust the person they love. No female, then, should never tolerate being in a relationship with someone who can’t be trusted. She should never have to endure a man who tells lies – about himself, or his life, or about what he’s doing or who he is with. 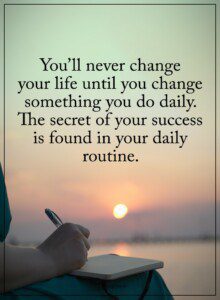