Proverbs 22:1 reads, “A good name is more desirable than great riches; to be esteemed is better than silver or gold.” In other words, according to the “Good Book,” a person’s good name is to be valued about all else. Your name isn’t available for purchase. It must be earned, and when the situation calls for it, defended.

Who defends your good name? Well, of course, you do. But so should those who love and respect you. Relatedly, this article is all about the importance of a good name as well as those people who defend it.

We’ll discuss why a good name is essential and to be valued about all else. We’ll discuss who defends you, why you need them in your life, and how to “recruit” more people to do the same. 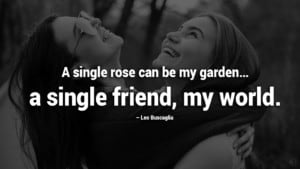 What’s In A Name?

Let’s dissect the typical name. In the United States and some other places, one’s “full” name comprises the first, middle, and last names. In other parts of the world, the middle name is unheard of. Still, in others, last names (or surnames) come before the first, which might sound a little confusing.

Let’s start with the first name.

Have you ever asked – or do you know – why your parents gave you your first name? It’s relatively common for parents to name their children after a relative or someone they admire. If you haven’t asked your parents, give it a try. You might just be surprised by what they tell you! The same applies to your middle name if you have one.

Then there is the last name. Many of us never think much about our last name, but we should. The last name goes back generations and generations – and probably to distant lands. As you probably know, many older generations were forced to overcome almost unimaginable hardships for you to be here today. Indeed, your life would probably be much, much different was it not for the sacrifices of your ancestors.

To illustrate the importance of one’s name, here’s a case study involving the author of this article. This writer would eventually find out the following:

Do you know your family’s history? Changes are good that they had to live through some pretty tumultuous times to give you and your family a better life. You have the right to be proud of your last name and from where you came.

Why Would You Need To Defend Your Name?

“Good name in man and woman, dear my lord,

Is the immediate jewel of their souls:

Who steals my purse steals trash; ‘tis something, nothing; ‘twas mind, ‘tis his, and has been slave to thousands;

But he that filches from me my good name

Robs me of that which not enriches him,

And makes me poor indeed.”

Your good name is everything. It’s your reputation, credibility, and more. When others hold your name high regard, the world is yours. The moment that people begin to question your good name, life becomes much more difficult.

In other words, your name is more than just a name. It represents everything for which you stand. Your name embodies your character, judgment, values, and many other traits. Since it carries such vast importance, it’s only natural to hold it close to your heart. As with anything intensely personal, you are not afraid to defend your name if necessary. When would you need to do this? Let’s think of a few examples.

There are dozens of situations that may call for you to defend your name. But what about when you aren’t there? Who can you depend upon?

The Kind of People Who Defend Your Name

“Build a good name. Keep your name clean. Don’t make compromises, don’t worry about making a bunch of money or being successful – be concerned with doing good work and making the right choices and protect your work. And if you build a good name, eventually, that name will be its own currency.” – William S. Burroughs (source)

Who would defend you if you weren’t there? With the opening of the social media floodgates and mass production and consumption of mobile devices, knowing the answer to this question in this day and age is more important than any other time in history. When anyone with a hidden agenda can try and sabotage you, it’s good to have these folks solidly in your corner.

On this note, we’ve already mentioned those who are more likely to defend your name should the need arise loved ones and close confidants. Why? “Well, because they love me,” you might say. Perhaps they do. But it takes more than love for someone to come to your defense. What else does it take?

People who safeguard the names and reputations of others usually have a few traits in common. Among them: compassion, conscientiousness, courage, strength, selflessness, sense of justice, and an excellent moral compass.

People who possess such traits don’t take it well when the character of someone they care for is under attack. Can you think of a time when you came to someone’s defense who was being slandered? 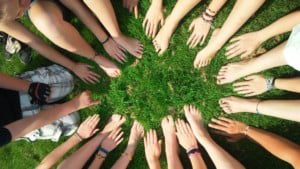 So, we’ve discussed at length what’s behind a name. Perhaps you even learned a couple of interesting things about yourself. You know that the title – and the weight that it carries – is never to be taken lightly. It must be defended.

One way to help ensure that your name is defended is to make the right type of people your friends. Before considering someone as a friend, observe their character and intentions. In this regard, ask yourself the following questions:

1 – Is it their first instinct to talk about themselves?

If your “friend” insists on dominating conversations with tales from their life, it’s safe to assume they are neither selfless nor a good listener.

2 – When effort is required – for work or some other obligation – how much do they contribute?

Conscientiousness is a requisite in a good friend. Thoughtful people will always fulfill their part.

3 – Can they listen without interrupting?

Okay, so if your “friend” can’t listen for more than a couple of seconds without interrupting or seeming disinterested, they’re probably into themselves far too much. You can’t rely on such a person.

We’re not (necessarily) referring to money here. A true friend – and someone who would take up for you – would never deliberately take advantage of your generosity.

5 – What is their general reputation?

While one shouldn’t judge another based solely on their past mistakes, a bad reputation has a way of following someone everywhere they go. If there are a greater number of people who speak poorly of someone than those who sing their praises, it’s probably not a good sign. 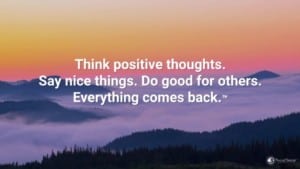 Final Thoughts on Your Name and Friends Who Defend It

The bottom line? Choose your friends wisely and continue to treasure your loved ones. By being diligent in these things, you’ll find that there is never a shortage of people who would defend your name.