If you’re thinking about becoming a vegan, you will be in good company; according to a 2018 Gallup poll, 3 percent of the U.S. population is vegan. It is also worth noting that there are numerous health benefits associated with following a vegan diet, including the ability to maintain a healthy weight, improved kidney function, and a lower risk of developing heart disease.

And, following a vegan diet can even help lower the risk of developing type 2 diabetes and certain cancers. Given these health benefits, it is not too surprising to find that more and more Americans decide to eat vegan every day.

10 SUPER HEALTHY AND HIGH PROTEIN FOODS THAT VEGANS SHOULD EAT

Going vegan means eliminating high protein sources like eggs, fish, beef, and poultry from your diet. However, this doesn’t necessarily mean that you have to forgo protein altogether. Some of the vegan-friendly foods that contain this valuable nutrient include

For those who may be unaware, tofu, tempeh, and edamame are all derived from soybeans and are all considered high protein foods. Therefore, they provide the body with the same essential amino acids that would typically come from consuming animal protein, such as eggs, fish, and beef, for example. Let’s take a closer each of these ingredients individually to understand better why these foods should be part of a vegan diet:

Tofu, tempeh, and edamame all contain iron, calcium, and as much as 19 grams of protein per 3.5 ounces.

Fortified soy milk contains as much as 7 grams of protein and is also a great source of vitamin D as well as calcium. You may add this delicious milk to a variety of vegan-friendly recipes, including smoothies, cakes, other baked goods, or even enjoyed on its own. Best of all, you don’t have to go to a specialty store to find it as fortified soy milk is readily available in nearly all major supermarkets. There are also unsweetened variants for those who are trying to maintain a healthy weight or want to shed a few unwanted pounds. All in all, fortified soy milk is an excellent alternative to cow’s milk for those following a strict vegan diet.

If you choose to go vegan, making lentils part of your diet is a great way to get your recommended daily intake of protein. Studies show that these delicious legumes contain as much as 18 grams of protein per cooked cup. More than that, they are rich in fiber, which promotes gut health and helps keep you regular. And the health benefits do not end there as they also contain antioxidants that can help combat free radicals in the body that would otherwise contribute to premature aging and certain diseases.

Wild rice is the perfect complement to lentils and contains significantly more protein than basmati, long-grain, or brown rice. Studies show that wild rice contains as much as 7 grams of protein per 1 cooked cup. And when combined with lentils, it’s an easy way to get your daily recommended intake of this valuable nutrient. Wild rice also contains omega-3 fatty acids that can help lower high cholesterol, according to a study published by the National Institute of Health.

Oatmeal first thing in the morning is a great way to start the day off on the right foot. This hearty breakfast cereal contains as much as 6 grams of protein per half a cup along with magnesium, zinc, phosphorus, and folate. Like many of the other foods on this list, oatmeal is incredibly versatile. For example, it can be used to make veggie burgers or grounded into oat flour and used as an ingredient in recipes that call for baking.

If you’re a fan of vegetables, you’ll be happy to know that broccoli, spinach, asparagus, artichokes, potatoes, sweet potatoes, and Brussels sprouts each contain 4 to 5 grams of protein per cooked cup. There are also several ways to prepare them; they can be steamed, grilled, or made part of a delicious stir-fry meal. For even more flavor, consider sprinkling your vegetables with a vegan parmesan cheese of your choice.

Ezekiel bread is yet another high protein food that perfectly complements a vegan diet. This bread, which is made from sprouted grains, contains as much as 4 grams of protein per slice, according to Nutritionix, the largest verified nutrition database in the world. Furthermore, the sprouted grains make this hearty bread an excellent source of folate, fiber, vitamin C, and vitamin E. Ezekiel bread is also low in gluten and chock-full of enzymes that can help improve digestive health.

Quinoa is a gluten-free, pseudo-cereal packed with fiber, antioxidants, folate, magnesium, protein, and omega-3 fatty acids, all of which make it a favorite among vegans and vegetarians alike. A diet consisting of quinoa has been shown to help lower the risk of developing kidney stones, reduce high blood pressure, relieve constipation, and protect against certain cancers. One cup of cooked quinoa contains about 8 grams of protein.

Seitan is another one of the many high protein foods that have become a go-to for many vegans. This preference is particularly true for those who prefer vegan-friendly foods that look and taste like real meat. That said, this amazing meat substitute is made from gluten and contains roughly 21 grams of protein per 3-ounce serving. Seitan is also rich in selenium and contains trace amounts of calcium, iron, and phosphorous. As far as health benefits are concerned, a diet that includes seitan can help improve heart and digestive health and also reduce high cholesterol.

Despite their small size, beans are high protein foods that can complement nearly any meal. Studies show that pinto, black, and kidney beans all contain 15 grams of protein per 1 cooked cup. Beans are also rich in potassium, phosphorous, manganese, iron, carbs, and many other nutrients. In fact, these bite-sized, high protein foods may help reduce cholesterol, lower high blood pressure, and stabilize blood glucose levels. 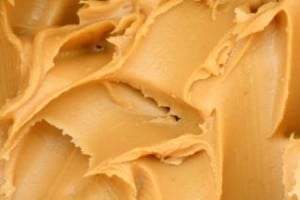 WHY ARE SO MANY PEOPLE CHOOSING TO FOLLOW A VEGAN DIET?

Now we’ve detailed the ten super healthy and high protein foods that vegans should eat. So let’s now take a moment to explore why so many people are choosing to follow a vegan diet.

In addition to better health, many people become vegans for the following reasons:

Some animal-rights groups estimate that humans slaughter nearly 150 billion animals all over the world for food. In most cases, these animals had to endure severe pain before dying. Not surprisingly, this is something that tugs at the heartstrings of countless people and ultimately motivates them to become vegans. And for many of these same individuals, consuming fewer high protein foods that contain meat is a small price to pay. That’s because it leads to saving the lives of animals.

To protect the environment

Human production of meat and meat-based products for human consumption leads to higher greenhouse gas emissions versus growing and harvesting plant-based foods. For those who are concerned with protecting and saving the environment, this information is often more than enough to motivate them to adopt a vegan diet and lifestyle. 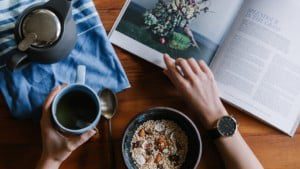 You can consume these high-protein plant-based, high protein foods instead of meat to provide your body with the nutrients that it needs. You’ll find that following a vegan diet can go a long way toward improving your health. And, as a bonus, you’ll contribute to saving animals and protecting the environment.