Are you unfamiliar with edamame? If so, they are immature soybeans that have been a mainstay in Asian, particularly Japanese, cuisine for centuries.

However, in recent years, they have become exceedingly popular in the United States and throughout most of North America. Edamame is very versatile. That’s because it can be eaten on its own or used to enhance the flavor and nutritional value of a wide range of foods.

Furthermore, they are becoming increasingly popular in the United States and throughout most of North America. And that means many supermarkets now carry soy-based foods, including this legume.  Some of the foods that contain these healthy, nutrient-rich beans include soy protein, tofu, soybean oil, soy sauce, miso, natto, and tempeh, which is a slightly nutty-flavored Indonesian soy product.

WHAT YOU MAY NOT HAVE KNOWN ABOUT EDAMAME

Along with being a delicious, versatile food, edamame is also chock-full of nutrients that support good overall health. According to the USDA (United States Department of Agriculture), one cup of these tiny green beans contain the following:

A perusal of the USDA fact sheets also reveals that these same nutrient-rich beans also provide the following:

All in all, these green vegetable soybeans can go a long way towards helping you to achieve and maintain good overall health. It is also worth noting that they are fairly inexpensive when compared to other plant-based foods that contain similar nutritional value.

Having established the fact that edamame, also known as a green vegetable soybean, is an excellent source of vitamins, minerals, and other nutrients, let’s take a look at 10 proven health benefits that come with eating them:

According to a study published by the National Institutes of Health, higher cholesterol has been linked to hypertension, coronary heart disease, stroke, and peripheral vascular disease. Consuming a healthy, well-balanced diet that includes green vegetable soybeans is an easy way to lower high cholesterol and improve heart health. In the same study published by the National Institutes of Health, study participants who consumed 47 grams of soy protein in the form of green vegetable soybeans saw a 12.9 percent reduction in their LDL (bad cholesterol). It is also worth noting that the FDA (Food and Drug Administration) recently approved soy protein as a means of preventing heart disease.

2. MAY REDUCE THE RISK OF BREAST CANCER

Multiple observational studies reveal that a healthy diet that includes green vegetable soybeans can reduce the risk of developing breast cancer in women. Researchers and scientists involved in these concluded that women who consumed isoflavone-rich foods, such as soybeans and other legumes, early in life were less likely to develop breast cancer when they got older.

Note that observational studies indicate promise for any given treatment. However, they do not provide conclusive evidence. Thus, we will probably see new research on the horizon.

3. MAY REDUCE THE RISK OF PROSTATE CANCER

Along with reducing the risk of developing breast cancer, a diet consisting of green vegetable soybeans may provide relief from certain menopausal symptoms. According to a study published by Oregon State University, women who made the transition into menopause and consumed 68 grams of protein saw significant relief from menopausal symptoms compared to those who did not.

According to an article published by Live Science, more than 10 million older American adults have osteoporosis, a disease that reduces bone density. Also, over 44 million older Americans have osteopenia, a condition that causes a loss in bone mass. While osteoporosis and osteopenia might be par for the course as we get older, a healthy diet consisting of green vegetable soybeans may slow the progression of both diseases and also reduce the risk of painful bone fractures. 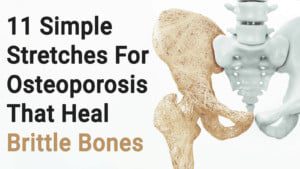 Another way to lower the risk of developing several chronic health conditions, eating green vegetable soybeans is a great way to boost your protein intake. This is especially true if you’re vegan. Also, plant-based protein, such as green vegetable soybeans, contains essential amino acids that the body needs to function optimally.

Most nutritionists and dieticians will agree that carbs are a great source of energy; however, for those with diabetes, eating too many carbohydrate-rich foods can spike blood glucose levels. That said, prolonged high blood glucose levels can lead to hyperglycemia and an array of diabetes-related complications, including

Along with being an excellent source of protein and carbohydrates, green vegetable soybeans contain quite a bit of fiber. The fiber in these beans can go a long way toward improving digestive health. In fact, it’s useful in keeping you regular and enabling you to achieve and maintain a healthy weight. According to most dieticians and nutritionists, this is the result of the fiber in green vegetable soybeans working to slow the rate of nutrient absorption in the body.

The folate in green vegetable soybeans has been shown to contribute to healthier hair and nails. Meanwhile, the calcium in these same delicious beans can lead to stronger, cavity-resistant teeth.

Rounding out the top 10 reasons why green vegetable soybeans should be part of your diet is a stronger immune system. The human body needs at least 900 mcg of copper each day for the immune system to function correctly. In fact, just one cup of cooked green vegetable soybeans can provide roughly 60 percent of this amount. It is also important to note that these same great-tasting beans contain genistein and daidzein phytoestrogens. According to a study conducted by the University of Maryland Medical Center, these compounds may lower the risk of developing breast, prostate, and other types of cancer.

ARE THERE ANY DOWNSIDES TO CONSUMING EDAMAME?

Having spent the better part of this article praising foods rich in isoflavones, let’s take a moment to go over some of the possible downsides associated with eating them. For most people, eating green vegetable soybeans is perfectly safe and can provide numerous health benefits.

However, for those who are sensitive to soy, eating too many of them can trigger a variety of unpleasant symptoms. Those may include the following:

It is also a good idea for women who are pregnant to avoid eating green vegetable soybeans and other soy-based foods. In a 2010-study published by Frontiers in Neuroendocrinology, researchers and scientist noted that consuming excessive amounts of soy phytoestrogens, such as genistein and daidzein, which are both found in green vegetable soybeans, can increase a woman’s chances of developing breast cancer.

Furthermore, potential downsides do not end there. The same researchers and scientists involved in the study noted that women who consumed these foods while pregnant are more likely to give birth to boys with genital defects. Some of these genital defects include the following

All in all, pregnant women should either limit how much soy-based foods they consume or avoid them completely until after they give birth.

FINAL THOUGHTS ON ADDING EDAMAME TO YOUR DIET

In summation, consuming green vegetable soybeans is a relatively easy and cost-effective way to get even more out of an already healthy diet. So if you haven’t already tried them, consider adding some edamame to your cart the next time you visit the supermarket.