Many people assume that cooking a healthy dinner takes a lot of time due to the effort it takes to get and cook the right ingredients. However, cooking a healthy meal can be simpler than preparing regular meals.

Here are the top ten quick and healthy dinner ideas that take less than thirty minutes:

Ingredients:
• Three cups of raw rigatoni
• A three-quarter pound of ground beef
• Half cup of chopped onion
• One can of pizza sauce
• Two-thirds cup of thick and undiluted cream of mushroom soup
• Two cups of shredded mozzarella cheese
• One package of sliced pepperoni
• Chopped fresh arugula or basil.

Cook rigatoni according to the instructions on the package and drain. Then use a big skillet to cook onion and beef over medium heat for eight minutes or until the beef’s pink color disappears. Then, crumble the beef and drain it.

Add cheese, soup, and pizza sauce. Cook while you stir over low heat to melt the cheese. Then, add pepperoni and rigatoni to the beef mixture. Mix the food further by stirring while you heat. Then, add basil as toppings before serving. This is one of the best healthy dinner ideas.

Mix the vegetables with oil and sprinkle pepper and salt on it. Cover the vegetables and grill over medium heat for five minutes on each side of the pepper and onion and four minutes on each side of the squash and zucchini.
Then, slice the pepper into small pieces and separate the onions into rings. Spread the garlic on the pizza crust and sprinkle one cup of cheese on it.

Then, use the grilled vegetables to top it and add the remaining cheese on top. Now cover the pizza and grill over medium heat for seven minutes until the cheese melts and the bottom turns golden brown. Add basil as toppings. This is one of sweetest healthy dinner ideas.

Use cooking spray to coat a big nonstick skillet and cook the pork chops over average heat until the temperature is 145 degrees Celsius. Cook for six minutes on every side. Remove from heat and let it cool for five minutes as you mix the remaining ingredients.

Add them to a pan and heat medially for four minutes as you occasionally stir. Serve them with your pork chops. It is one of the most delicious healthy dinner ideas.

Mix the first six ingredients and stir in a quarter teaspoon of salt. Sprinkle the remaining salt and pepper on the beef.
Cover it and grill over medium heat until it is well done. The temperature of the grill should be at 140 degrees Celsius, and each side of the beef should be grilled for six minutes.

Then, top with the cheese and tomato mixture and serve. It is one of the tastiest dinner ideas.

Mix the first six ingredients in a bowl. Put a quarter cup of the mixture into a big bowl, include beef, and toss for coating. Marinate the beef for ten minutes at room temperature. Use the package directions to cook the spaghetti. Then, use a big skillet to heat one and a half teaspoons of canola oil. Put half of the beef mixture into the skillet and stir-fry until the beef’s pink color disappears. Then remove from pan. Repeat the same procedure with the other half of the beef and one and a half teaspoons of canola oil.

Stir-fry green onions and the water chestnuts in the remaining canola oil for thirty seconds. Stir in the remaining hoisin mixture and the spinach. Cook until the spinach wilts. Then, return the beef to the pan and heat through. Now drain the spaghetti and add to the beef mixture and mix. Sprinkle chili pepper and mix. The vegetables make it one of the most nutritious dinner ideas.

Cook fettuccine in a Dutch oven according to package instructions. Include corn in the last eight minutes. Then use a small skillet to heat two teaspoons of olive oil medially. Then add green onions and red pepper and stir until soft. Now, drain the corn and pasta and transfer the pasta into a big bowl. Cool corn a bit and cut it from the cob before adding to pasta.

Add the pepper mixture, remaining oil, salt, pepper, and tomatoes and toss into mix. Then, sprinkle with parsley and cheese. It is one of the ideal dinner ideas.

Sprinkle salt and pepper into the chicken. Cook the chicken with oil over medium heat for six minutes on every side.
Remove it from the pan and use the pan to cook shallots until soft. Then boil it with wine until the wine reduces by half. Then add salt and spinach and cook until the spinach wilts.

Then mix with sour cream and serve with chicken. The sour cream makes it one of the most delicious dinner ideas.

Mix the first seven ingredients. Add chicken and stir thoroughly but slightly. Then stir gently in cheese.
Shape into four half-inch thick patties and brush them with oil. Cover and grill over medium heat for six minutes on each side.

Serve on the buns and top with tomato and tzatziki sauce. It is one of the ideal dinner ideas.

Ingredients:
• One and a half pounds of pork tenderloin
• One teaspoon of coarsely ground pepper
• Two tablespoons of olive oil
• Three quarts of water
• One and a quarter cups of uncooked orzo pasta
• Quarter teaspoon salt
• Six ounces of fresh baby spinach
• One cup of halved grape tomatoes
• Three quarters cup of crumbled feta cheese.

As one of the best dinner ideas, cook this meal by rubbing pepper on the pork and slicing it into cubes. Heat oil in a big nonstick skillet medially and add pork. 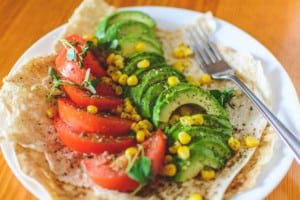 Cook the pork until its pink color disappears. Then boil water in a Dutch oven and add salt as well as orzo. Cook for eight minutes while uncovered. Add spinach and cook for one minute until the spinach wilts and the orzo is soft. Add tomatoes to pork and stir with orzo mixture together with cheese.

Heat oil in a big skillet medially and add meatballs until a bit brown. Add Italian seasoning, broth, artichoke hearts, tomatoes and beans and boil. Mix with spaghetti and continue to boil. Simmer for twelve minutes until soft. Stir in lemon juice and parsley and serve with cheese. It is one of the top dinner ideas.

If you are looking to adjust to a healthy lifestyle, look no further than these dinner ideas. These ten delicious, healthy dinner ideas have sufficient nutrients to keep you healthy and full.