Residing on the Japanese island of Hokkaido as well as throughout parts of Europe and the Palearctic region, these tiny birds look much like cotton balls at first glance.

Called silver-throated dashers, these birds enjoy a mixed woodland as well as river grassland habitat. They also have been known to dwell in farmlands, parks, and gardens.

The silver throated dasher comes in many different colors, but most are black and white. They have long tails and tiny circular bodies, which make them easy to spot if you happen to come across one in your garden. They love socializing with other birds, and sometimes they’ve been known to land on bird watchers’ shoulders to say hello!

Their bird call sounds like si-si-si-si, which makes them easily distinguishable among other birds. The calls will become louder and louder as they get farther away from their families. They have a system of breeding where other birds help co-parent offspring so that the parents have the freedom to keep breeding. This cooperation ensures the survival of the species and also helps with collaboration among the birds.

They construct their nests out of feathers, moss, lichen, and spider egg cocoons, which turn into a flexible sack. They like to nest either in a low bramble bush or high in the forks of tree branches. Unfortunately, their nests only have a success rate of around 17% even though the tiny birds tend to have a pretty good strategy for nest building. Breeding season runs from July through February, at which point the dashers join forces with other birds. 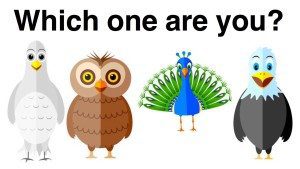 You’ll fall in love at first sight with this tiny bird.

They all help in the survival of the species, whether they breed or simply help other parents watch baby birds. The silver-throated dashers enjoy socializing among themselves and seem to have a friendly disposition with some people as well! If you’d like to attract these adorable fluff balls into your garden, make sure to plant shrubs or trees, so they have somewhere to nest.

On the Japanese island of Hokkaido, you can spot these birds all over the place!

Other ways to bring the dashers into your garden include leaving smaller seeds, breadcrumbs, grated cheese, and peanut fragments around your plants and grass. We could all use a little more cuteness in our lives, so if you live in one of the habitats where the dashers dwell, you will want them in your garden!