Have you ever been dehydrated? It’s a miserable feeling that can be serious if it’s not taken care of promptly. Dehydration symptoms are easy to spot, especially since they typically follow a sickness or extended periods of fluid loss.

Your body is made of 50-65 percent water, so it stands to reason that when you lose more water than your body needs to thrive, your system suffers. You need water to carry out normal functions, so you must replace the fluids that are lost.

While anyone can become dehydrated, the situation is more difficult for both the elderly and young children. Older adults have a lower amount of water in their bodies, and they usually take medications that can alter their fluid levels. Though these age groups are more susceptible to dehydration, it can happen to anyone at any age.

It’s not uncommon to see more dehydration cases during the heat of summer when people are outside and not hydrating properly. It’s also possible for those who exercise too much without replacing what’s been lost through sweat. Thankfully, most people can reverse their dehydration without even realizing it’s a problem by drinking more water, and sports drinks are also good at replacing lost electrolytes.

However, when the loss of bodily liquids is severe, then it will require medical treatment. There are many reasons why a person becomes dehydrated, and it doesn’t always have to be because they had a hard workout or were out in the heat. Chances are you’ve had issues with this medical problem but were able to resolve it before it became a significant issue.

The Causes of Dehydration 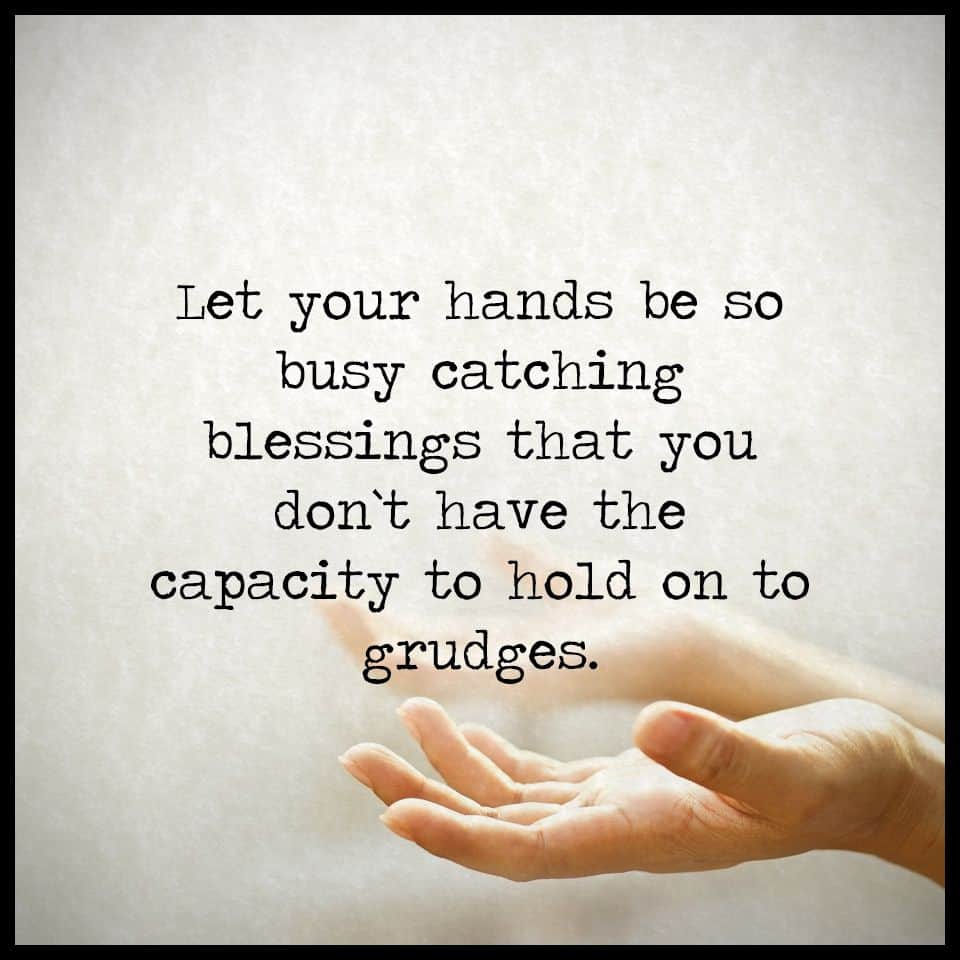 The symptoms of dehydration typically appear after an extended period of sickness or food poisoning. When you’re sick, you don’t drink the water you need, or your body may not be able to stomach the additional fluids. Additionally, if you’re out hiking in the woods or camping, you might not have access to safe drinking water.

Medical experts have concluded that the most common reasons for dehydration are as follows:

Many things can cause you to go to the bathroom more frequently. One of the most common culprits is medication, specifically blood pressure varieties. When a person has diabetes, the body tries to expel the extra sugar through urination, especially if it’s uncontrolled.

Some people naturally sweat more than others. These people need to make sure that their fluid intake can match their output. For others, their sweating increases when they are outside in the hot sun or involved in vigorous activities.

Your body automatically loses more water when the temperatures are soaring, so you must stay hydrated to avoid any of the symptoms of dehydration from appearing.

Vomiting that comes with an illness can be severe. When you lose the contents of your stomach, you may begin to purge bile and water. Not only does this affect the body’s hydration levels, but it also affects your electrolyte balance. Sadly, dehydration can happen very quickly.

Some people have lost stools on occasion, and they are not troublesome. The real issue comes when you get sudden or violent diarrhea attacks along with other issues like fevers and vomiting. The combination can be too much for the body to handle.

Who Is At Risk? 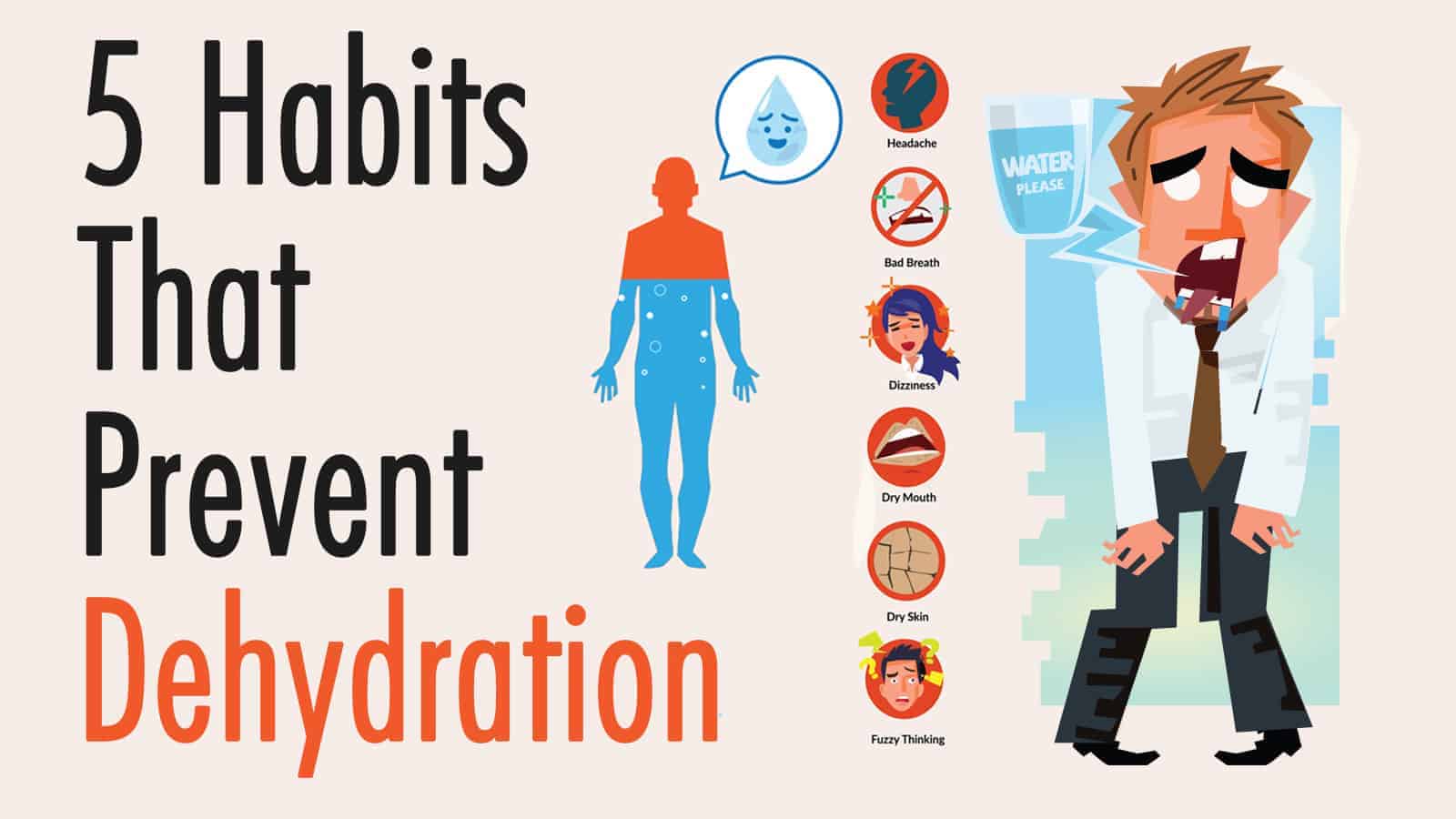 While anyone can become dehydrated, some people have a higher risk than others. They include the following:

•Those with Weakened Immune Systems

Those who have diabetes are at significant risk of having symptoms of dehydration. Since the excess glucose is passed from the urinary system, the body will attempt to expel the sugar. It’s not uncommon for a person with diabetes to use the bathroom more frequently than others.

However, diabetes isn’t the only condition that causes a loss of fluids. People with kidney disease also seem to expel more fluids than usual. Even having something as minor as a sore throat can make you less likely to drink and more likely to become dehydrated.

•Individuals Who Work Outside or Exercise

When you work outside in the elements, your body uses more water to stay cool. When the weather is hot and humid, you’re at an increase of losing too much water from your system. Your body sweats to cool you, but the sweat can evaporate rather quickly when temperatures are soaring.

If your body temperature increases, you need more water to sustain it. You can never drink too much when you’re outside in the elements trying to work.

When you become age 60 and above, the fluid reserves in your body are not the same. You have fewer storage capacities, and your conservation abilities are reduced. When an older adult has problems that cause them to use prescription drugs, they can also play with fluid levels.

Another problem is that many older folks don’t drink an acceptable amount of water. The reasons can be mobility problems that limit their capability to get to the water, or they forget what they’ve ingested.

Babies and children are the most common group to experience symptoms of dehydration. It’s partly because this group often has issues with diarrhea and vomiting. When they have a fever, their body kicks into overdrive, trying to cool itself, and they can lose essential fluids.

Another issue with the younger kids is that they can’t articulate to their parents when they’re thirsty. Infants mostly must rely on their parents for help in ensuring their food and hydration levels are appropriate. Since young kids can’t get a drink for themselves, their parents must watch for warning signs that they need hydration.

Now that you understand all the causes and people who are at risk, here is a list of the most commonly observed signs of dehydration.

4. Excessive thirst that can’t be quenched

Most mild problems with dehydration can be treated at home using a sports drink and adding a pinch of salt or sugar to water. Children can use drinks like Pedialyte to help rebalance their electrolytes.

Severe dehydration symptoms must be evaluated by a medical professional. Here are four serious complications that can arise when the body’s fluid level is too low.

Hypovolemic shock is a condition that can be life-threatening if not treated immediately. When the blood volume drops too low, it can cause your blood pressure to plummet. Ultimately, the oxygen levels in your body deteriorate, causing a severe health emergency.

Seizures are always scary because the brain is short-circuiting. When your electrolytes become unbalanced, they can cause electrical messages to become confused.

If you have chronic spells of dehydration, it can put a massive strain on your kidneys. The bouts of low fluid levels can cause you to experience UTIs or even kidney stones. Ultimately, your kidneys can fail when your fluid levels are altered.