Digestive health has received more and more attention in the last decade or so. People are more aware of which foods to eat to aid in digestion, the importance of prebiotics and probiotics, and their role in preventing stomach issues. Additionally, they consider the effects of processed foods and excessive sugars on gut health. One subject that is now coming to the forefront is bacterial overgrowth syndrome or small intestine bacterial overgrowth (SIBO).

What do you need to know, and how do you know if it explains your symptoms? Scientists reveal why stomach issues could be a sign of bacterial overgrowth.

What is Bacterial Overgrowth or SIBO?

This overgrowth may occur due to your small intestine not moving along the waste as quickly as it should. This results in waste staying in one place too long, allowing excess bacteria to form.

Your small intestine is what connects your stomach to the large intestine or colon. It is close to 20 feet long and comparatively contains far fewer, and of a varied type of bacteria, than the large intestine. Its role is to aid in digesting food and creating and pulling out the nutrients. The bacteria that are present there are designed to protect against bad bacteria and yeast.

They are also designed to support the muscular walls, which create the mild waves of spasms that move the food onto the next destination. When this fails to happen, it causes stomach issues.

The initial symptoms of bacterial overgrowth are vague. They consist of:

When it starts to get worse, you will absorb fewer nutrients, resulting potentially in anemia, or other signs of nutritional deficiencies, and weight loss.

Identifying the cause of bacterial overgrowth can be complex. Our small intestine has various protections in place to prevent this from happening. We have stomach acid, mucus that lines the intestines, one-way functioning valves to only allow waste to go out, and flexing of muscular activity in the wall. In order for bacterial overgrowth to occur, at least one of these must become faulty.

Some of the causes may be:

Diagnosis and treatment of Bacterial Overgrowth

Diagnosis of bacterial overgrowth can be difficult because many people don’t report their symptoms; doctors are unaware of the frequency of the occurrence, and the test is not accurate.

In order for a doctor to diagnose bacterial overgrowth, a patient must breathe into a tube that measures the levels of hydrogen and methane gas. Unfortunately, this test is not very accurate and results in false negatives, or shows you don’t have it when you actually do. In a few instances, the doctor may take a sample from the small intestine and culture the fluid. This is particularly useful in determining which bacteria are overgrown. When doctors feel that the cause is related to the structure of the intestines, then they will order an x-ray.

Upon a positive test result, and depending on what bacteria levels are elevated, you will be placed on antibiotics. Rifaxim is the most common. Treatment of antibiotics still results in almost 50% of all patients having a reoccurrence within a year. Therefore, it does require multiple treatments. Some doctors are trying out a medication that aids the small intestine in moving the waste through creating more muscular contractions.

Many specialists feel that the antibiotics are only treating the symptoms and not the cause. They feel that it is important to get to the root of the problem to completely treat the problem.

Most stomach issues are resolved through diet, probiotics, and certain lifestyle changes.

Some of those lifestyle changes may include staying away from sugary or high processed foods and drinks. This includes sugary, syrup medications.

Attempt to identify which foods are creating the reaction, and then remove them from your diet for three days and slowly add one at a time back in. It’s important to do it that way because it could be the food, or it could be how one food interacts with another.

Some doctors are strongly recommending “Low-FODMAP” diets. FODMAP, as odd as it sounds, is the acronym for fermentable oligosaccharides, disaccharides, monosaccharides, and polyols. These are types of carbohydrates and sugar alcohols that our bodies do not absorb well. These are present in a variety of fruits, vegetables, dairy, etc. This diet is recommended for Irritable Bowel Syndrome (IBS), Acid reflux/GERD, and other digestive disorders.

Some of the foods permitted on a diet include lactose-free milk, hard cheeses, specific fruits and vegetables, certain beans and legumes, gluten-free bread and pasta, and small amounts of nuts and seeds.

An individual who is prescribed this diet starts off with a 3-8 week elimination diet of their regular foods. Then, they gradually begin the LowFODMAP diet to see if they tolerate it or have any interactions. It is not a long-term method due to the restrictiveness of the diet. It does aid in letting both the doctor and the patient know which foods are triggering the digestive symptoms.

Taking prebiotics and probiotics are usually recommended for bacterial overgrowth. While it is possible to eat a wide variety of fruits and vegetables to take in your prebiotics, supplements are also available. It is recommended to check with your doctor if probiotics are allowed.

There may be certain probiotics that will exasperate the problem because it is the bacteria that is already overgrown. Ingesting fermented foods, certain yogurts, or kefir are all good natural sources. 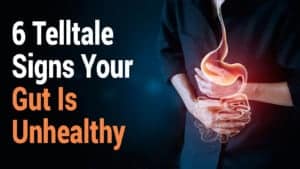 Scientists are revealing that your stomach issues may be bacterial overgrowth could be the answer you’ve been seeking for your undiagnosed digestive issues.

Many stomach issues can be very similar and can make diagnosing one over another difficult. In many ways, it is a process of elimination, both for the patient in their food choices and the doctor in the tests they run. The good thing is that for some of the most common digestive ailments, the treatments can be very similar, as they usually require an adjustment to your diet. Bacterial overgrowth is no different. While you may need to get specific antibiotics, the balance and maintenance of it require experimenting with better food choices.