Do you have someone in your life whose behavior you’re starting to distrust? Did you once treat them as a friend but now you sense that they’re secretly plotting against you? Unfortunately, backstabbing is part of human nature. According to a study in the Philosophical Transactions of the Royal Society B journal, women actually started plotting against each other as part of the natural evolution to reproduce thousands of years ago.

But plotting against someone is also rampant in groups, organizations, and the workplace, according to experts at the California State University. Unfortunately, as long as human characteristics like insecurity, jealousy, and competitiveness exist, there will always be someone who’s out to get someone else. Below are some behaviors that show someone may be secretly plotting against you.

10 Behaviors That Reveal Someone Is Secretly Plotting Against You

You might be the type of person who does not like to quarrel but, somehow, you seem to always find yourself having petty fights with a person who is secretly plotting against you. For instance, you have this co-worker who seems to take pleasure in humiliating you when you’re with other groups of people. But if you ask them to stop or give a hint that you’re not backing down, your co-worker will say that they’re only joking and you’re being testy.

This person takes pleasure in pushing your buttons. As much as you try to ignore what they’re doing, you can’t help but become annoyed, and react or retaliate. Understand, however, that they are deliberately creating the tension between the two of you to get a response. This is a huge sign that they’re secretly plotting your downfall.

A survey on bullying in the workplace revealed that 27 percent of employees have experienced conflicts with an office bully. It happens even in the best organizations and may involve superiors and their subordinates.

2.    They gossip about other people a lot

A person who likes to get back at people has too much time on their hands. They use this time to gossip about other people. They know it will be a lot easier to slice and dice someone when they have inside information.

This person knows the lives of the rest of your co-workers and will be interested in finding details about you, too. So, be careful with the office gossip and be aware of what you share with anyone. If your guard is down, whatever you share may reach the person plotting against you, who may then use what they find out to their advantage.

Now, everyone may be guilty of participating in gossip once in a while. This is also human nature, as per Psychology Today. But a person who plots will do it more than usual. You’ve got to ask yourself if they know so much about a co-worker, why won’t they talk to the person rather than talk behind their back?

If the office gossip (and potential conspirator and backstabber) is being extra nice and positive towards you, take it as a red flag. A person who’s plotting your downfall will use flattery first to stroke your ego. So, they will act extra nice to you and might even do you favors. They will compliment you every chance they get and may even offer sound advice when you need it.

4.    They will make everything a competition

There are odd things about your friendship with someone who is secretly plotting against you. For instance, they might behave like they’re trying to out-do whatever you’ve accomplished and then make everything a competition between the two of you.

If you’re up for the same things and you end up doing better, your friend may find that hard to accept because they resent your success. A genuine friend will be truly happy for you even if your success highlights their failures.

Additionally, at some point you’ll realize you know nothing about this friend’s secrets, dreams, or goals. You’ve got to wonder what kind of friendship you have if they say they’re your best friend but you’ve got no clue about their personal life.

Because they’re competitive, they will know your secrets and weak spots but they will never share theirs. This is a sign that they haven’t been really interested in becoming your friend. They just wanted what they can get from you to use to plot against you.

5.    They are not team players and may grab credit from you

People who plot against other people have a selfish streak. They are thinking of no one but themselves and will be hard to collaborate with. This is a person who likes saying “that’s not my job” if there is a task that they think is below their pay grade and job function. This is also a co-worker who will not be able to adapt to the shifts in tasks or priorities because, again, “it’s not their job.”

Suffice to say, the plotter will only care for something if it benefits them or will put them in a positive light. And they will be quick to grab credit too, even if you’ve done most of the work.

Anything that comes out of this person’s mouth is a put-down.

A person who’s plotting against you has one agenda: they want to break down your confidence, your happiness, or your positive spirit. Then they will swoop in when you’re down or when you fail to push yourself forward.

Now, if you stand up for yourself after they put you down, you’ll be seen as a threat, a sensitive person, or even a mean person. They have more reasons to justify plotting against you because, from their perspective, they are the victim.

7.    They can’t seem to keep friendships

If they’re the type of persons who have several friends but no close personal ties with anyone, then it’s a sign of their shady behavior. It means that other people are on to them and may have had enough of their backstabbing behavior.

If you notice that they don’t have real friends then you should question why no one likes to be close to them. If people are avoiding them, it’s a red flag that they’re trouble.

Are there responsibilities at work that you were expecting to get but didn’t? Are there people with whom you used to be chummy but have started treating you coldly out of the blue? Is there a sudden change in the dynamics of your group or organization that you’re suddenly feeling alienated?

Someone could be secretly plotting behind your back if there are unexplained things happening around you. They won’t show that they’re actively sabotaging you, of course. But if something doesn’t feel right and you’re feeling more and more frustrated and unhappy in the group or team, then you’ve got to suspect there’s a hand in there somewhere.

Someone who’s plotting against you can make up stories or give inconsistent details. Aside from belittling your efforts and taking credit, they will try to cover up their mistakes and get defensive when they think the jig is up.

10. They start spreading rumors about you

If you can tell that they’re lying to you, there’s a good chance they have started gossiping about you. If you sense that other people are treating you differently or that something is odd about the way your friends or co-workers deal with you, then you can assume that the person plotting against you has started turning the wheels of their plot to ruin you. 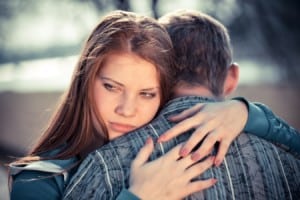 At this point, here’s why it’s important that you have confided in someone trustworthy about your problems with this person. Here’s why it’s also useful to have a paper trail or a documentation of everything. When situations like this do arise, you can enlist your confidantes and you have the proof to counteract the rumors.

Thankfully, not every instance of annoying or inconsiderate behavior means that someone is plotting against you. So, it’s also a good idea not to become paranoid about the issue. Sometimes a person’s poor behavior might be just what it is.

While it’s important to be knowledgeable, try to focus on the good things and positive thoughts in your life. Research from the American Psychological Association says that if you cling to the great things happening around you, then you’re bound to experience three times more positive things every day.