Recognizing if and when someone is being selfish in a relationship can be difficult, especially when it’s someone that’s close to you. Most people are good at heart, and we’ll give others the benefit of the doubt. People known to use others for personal gain are leeches, and they don’t care who it is they hurt.

Nobody deserves to be taken advantage of (unless you’re a leech, of course. It’s called karma.) Now, what sort of subhuman sycophant would intentionally mooch off of their partner? Not out of need, but out of greed; not out of inability, but out of laziness; indeed, it takes a *ahem* “rare” type of individual.

It certainly may just be love and devotion that makes you vulnerable to such a person. Additionally, these same feelings could make it difficult to discern your partner’s trickery; hence the reason for this article.

Here, we discuss five probable signs that your partner is taking advantage of you. Should you relate to one or more of these signs of a selfish partner, it’s past time to reconsider your relationship.

The Five Signs of Selfish People

Do you notice any of the following selfish behaviors?

– Time spent with your partner almost always requires their “approval”

– Decisions regarding places you go, people you see, and things you do are too frequently theirs

– Your ideas are quickly rebuffed or blatantly ignored

You get the idea by now. Can you relate to one or more of these examples? If you can, the odds are that your partner is taking advantage of you. And probably in more ways than one.

2. Most communication from your partner is negative or neutral

Dictionary.com defines the term contempt as:

In other words, contempt is the opposite of respect. In a relationship, contempt reveals itself through “negative judgment, criticism, or sarcasm regarding the worth of the individual.”

As you assuredly know, communication is everything in a relationship. Now ask yourself, how does your partners communication make you feel?

3. You put forth most of the effort

In a relationship, a lack of effort is often a sign of disinterest or disengagement. If you’re pouring a disproportionate amount of time, money, and energy into the relationship, something is wrong. Monetary expenditures are much less important than the emotional investments you’ve made. Money comes and goes; but if your partner isn’t willing to put the effort and time into making a relationship work then, why would you?

Abdicating responsibility in a relationship is immature, careless and selfish. No reasonable person would do that to someone who they love. It just may be time to exit stage right.

4. They don’t “label” your relationship

They’re uncomfortable with the word “girlfriend,” “boyfriend,” or any other terminology that describes your relationship as anything but casual.

When you attempt to initiate a conversation about the relation (e.g. making it official or exclusive) they quickly tense up or go speechless. The simple reason for this reaction is that they are not ready to make your relationship a priority. In fact, they may not want a relationship at all.

Time to muster up some fortitude, stand your ground, and consider your other options.

5. You’ve caught them (non-humorously) flirting with other people 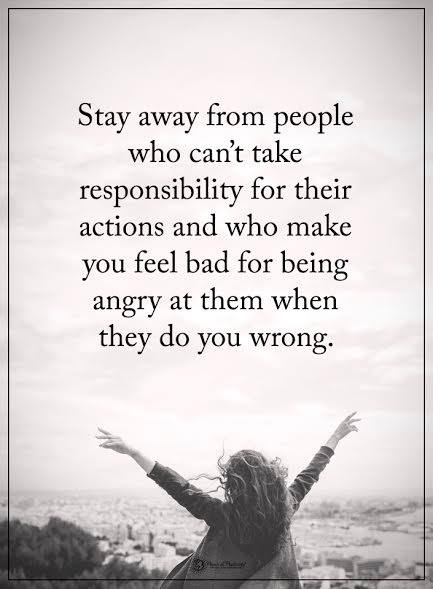 We won’t spend too much time explaining the problem with flirting. Why? Well, we don’t want to insult your intelligence.

Some people use flirtation as a means of making people laugh – the person dating them usually knows this and is fine with it. This is the sole exception regarding flirting with other people. Otherwise, flirting is a behavior that stems from infidelity.

Unsurprisingly, pathological flirters are not particularly keen on self-awareness. (Got to sit back and cackle at someone who flirts with their partner’s friend and not expect to hear it.)