According to health scientists, about 1 billion people around the world currently have a high to low range of vitamin D deficiency (VDD). (1)

However, even a small deficit can lead to symptoms and increased disease risk, such as cardiovascular disease.

Vitamin D is an essential fat-soluble nutrient we can often discover lacking in our daily diets. Your entire body uses the vitamin, so the symptoms of deficiency can vary widely. Symptoms also mimic other daily complaints that we easily brush aside.

With a strong link to major causes of death in the US, you should strongly evaluate your personal and dietary risks for D. An intervention now might provide your body with the defense it needs in the future.

Keep reading to learn more about what can occur if you’re not receiving enough. 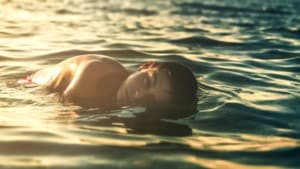 Deficiency can make these conditions worse too, even when they’re related to non-deficiency causes such as genetics.

For example, you can have asthma due to underdeveloped lungs and be deficient in D vitamins. When you’re no longer deficient, your asthma remains. You might see an improvement in your symptoms though.

The same can be true for those who have both medical conditions and a vitamin deficiency. Only in cases where your deficiency is the cause could you see a reversal.

In its simplest form a deficiency can occur when your body lacks the vitamin D, doesn’t convert enough of it, or if an underlying condition hinders absorption.

Environmental and lifestyle factors play a role too. These might be easier to control or reverse with changes in choices and/or supplementation.

Deficiency can still occur if you don’t have high risk factors and consume a healthy, whole food diet because age and race are predominant causes.

Who’s at the Highest Risk for Developing VDD? (4)

Certain races, lifestyles, ages, and locations have an increased risk at developing a deficiency in vitamin D. Remember, only a blood test can let you and your doctor know your current levels and where they fall.

Who should consider having their D levels tested? Everyone really, but you should consider it if you have any of the symptoms or complaints we’ve gathered below in combination with any risk factors.

Previously we brushed over the common conditions deficiency can cause or worsen. Many of the ailments below overlap with complaints we can experience on occasion or daily.

That makes it difficult to self-diagnose. We suggest keeping a diary should they arise to share with your doctor. They can compare your notes with test results.

D plays a pivotal role in your body’s ability to fight illness and bacteria. This includes the duration and severity of your sickness too. (5)

A study followed adults who frequently had respiratory-related illnesses for a year. The participants received D supplements or placebo. Adults who took the vitamin had fewer instances of illness compared to the placebo group during the course of the study. (6, 7)

Having an off day here or there or after a hard workout is one thing. However, if you find yourself constantly fatigued during the daytime without any cause, you could be experiencing a deficiency. (8)

Unlike other signs, a slight deficit in D can lead to fatigue and headaches for some. Symptoms usually resolve once D levels reach a normal range too. (9)

Calcium is another vital nutrient your body needs to function well, and D vitamins assist its absorption. When you lack D, the calcium from your food or supplements build up and can lead to other health conditions. This also means you’re at risk of being deficient in calcium too.

Pain that radiates deep in your bones is one way you could describe the sensation. It may present at your joints, which you could shrug off as arthritis.

You can have this type of pain anywhere in your skeletal system, but the legs and ribs are common according to a popular study. (10)

Another study draws a direct link to moderate to severe back pain too. (11)

For the longest time, we referred to this type of depression as the winter blues. The sun is farthest away, and the short days limit sunlight exposure. Even if we receive enough vitamin D, we’re at higher risk for developing depression during that time.

However, you can have depression related to vitamin D deficiency yearlong too. People with depression who are also deficient tend to see an improvement in their symptoms after receiving supplements. (12, 13)

However, not all depression shares a relation to deficiency; speak with your doctor about having your vitamin level tested.

D is vital to your bone’s metabolism. This is mostly due to the role it plays in your body’s ability to absorb calcium.

A large study found a link between low D levels in postmenopausal and menopausal women and their low bone density. (14)

If your bone density is low, you’re at a greater chance for fracture. Have your doctor check your calcium and D levels to see if you’re at risk.

Did you know vitamin D deficiency could cause hair loss? Stress might not be to blame after all. Of course, budding research hasn’t formed an exact link yet, but early results are drawing toward that conclusion. (15)

If you’ve noticed unusual or severe hair loss, you might want to speak with your doctor about having your vitamin levels tested.