Concerns about global warming occurring due to climate change have not only been a discussion in the 21st century.  I can remember being told about carbon in our atmosphere, and how plants and forests exchange it for oxygen when I was in grade school decades ago.  Even then, there were discussions regarding our need to decrease waste and our carbon footprint on this planet.  At the same time was the discussion of how we were still very carbon dependent in our daily lives through our consumption of gasoline, oil, and coal.  That consumption has strong political and financial ramifications which have continued to create strife in discussions regarding global warming.

This has led to our continued debates as to what actions to take.  Essentially, the entire structure of major players in our economy would be devastated, and consequently our economy, if we drastically reduced our carbon usage in a sudden wide sweep. Millions of families whose livelihoods depend upon these resources would be negatively affected.  Granted, compared to maintaining our planet, that does seem inconsequential.  Unfortunately, the solutions are not that simple.

But what if we found a way to decrease our atmospheric carbon and increase carbon in the ground without adding to our atmosphere?  What if that method could buy us time to ease into less carbon use without devastating our economy and millions of families’ lives?  Researchers have revealed the possibility of creating super plants which could reduce global warming.

In the discussion regarding global warming and climate change, there have been repeated questions about how we can have the worst blizzards in the northeast of the United States while simultaneously being threatened by global warming.  The answer lies in understanding there is a difference between climate and weather.

Weather refers to short-term atmospheric conditions that can occur in a multitude of areas.  On a daily basis, we check what the weather will be like in our area.  Perhaps it will be raining, snowing, or windy for part of the day or a few days before it stops and the sun shines again.

Climate refers to long-term regional or global averages of temperature, humidity, and rainfall over seasons, years, or decades.  For example, the Southern California climate is recognized as being usually warm and dry with few bouts of rain throughout specific months of the year.   The fluctuations for the seasons are not that severe in their differences.  The temperature differences between winter months and summer months are only about 50 degrees. The weather is relatively consistently warm and sunny.

On the other hand, the northeast states like New York are known for higher humidity, higher rain and snowfall, and clearly defined seasons. Their summers can be 90 – 100 degrees with high humidity while winters are -20 degrees with a lot of snow.  There is a very clear difference between their seasons.

Put simply, we can predict the range of weather in a region based on the type of climate there and what time of the year it is.

How do global warming and climate change differ?

Global warming refers to a warming of the Earth’s surface over a long period of time.

Climate change refers to the events that happen due to heat-trapped gases in the Earth’s atmosphere which, in turn, increase the heat of the Earth’s surface.   Those events can include a decrease in ice mass and glaciers which eventually raises the sea level, changes the blooming patterns of plants, and alters the migration of certain creatures and extreme weather events.

Essentially, climate change is a chain reaction of events due to global warming demonstrated in part by changing climates and weather patterns.

The differing climate changes per region are dictated by a multitude of forces including the proximity to a large body of water, its location relative to the poles or the equator, water temperatures, water circulation, wind currents, rising ocean levels, and the further releasing of  Co2 due to the rocks weathering.  These all play a role in determining if New York City will become a frozen wasteland while California will become the next Sahara Desert.

The Earth’s surface warming does not necessitate that all of the planet will have warm weather. Our weather and climate changes are dictated by the varying reactions the forces of nature have to each other. Continued changes interrupt and alter the normal flow. These forces will struggle to return Earth’s cycle to equilibrium because of the ongoing contribution of carbon to an already over-saturated atmosphere.

These natural corrections do not take into account how the creatures on the planet will be affected.  It only focuses on correcting the problem. A hurricane will not stop to ask you to get out of the way; neither does a blizzard, earthquake, tsunami, or volcano.  Creatures, including humans, are left to their own methods of survival. 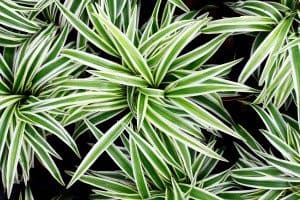 Scientists and researchers have been looking at ways we can both decrease the amount of carbon in our atmosphere and maintain lower levels.

For centuries, plants have been the natural instrument to balance Co2, or carbon mixed with oxygen, in our atmosphere. This gas is more commonly known as carbon dioxide.  We need a certain level of Co2 in our atmosphere to trap the heat around the surface of our planet. This creates a temperature we can handle under most circumstances.

This trapping of heat is referred to as the greenhouse effect.  Without this effect, the average temperature of the planet would be below freezing.  Unfortunately, too much Co2 results in increasing those temperatures. This sets off a chain reaction of other natural forces.

In comparison, the effect plants can have on Co2 is amazing.  Through the process of photosynthesis, or pulling CO2 out of the air to use as fuel for plant growth, plants can increase their growth in relation to an increase in CO2.  An example of this happened 4 million years ago when the planet was yet to be inhabited by humans.  The atmosphere was CO2 rich due to constant volcanoes, trapped greenhouse gases, high radiation, and extremes in temperature.  Land plants grew to the size of trees, dropping the CO2 levels tenfold and increasing oxygen levels to make way for the first spread of forests, making the planet inhabitable for land animals.

Joanne Chory believes that if engineering plants can suck up a bit more CO2 and retain it longer, they may aid in a solution.  She is currently experimenting with suberin, which is found in cork and cantaloupe rinds.  Suberin is an incredible carbon capturer and is resistant to decomposition.  Joanne Chory theorizes that if she can engineer plants which have roots comprised of suberin, then they will grow bigger and deeper. This, in turn, will fool the plants into storing more CO2 in the roots. The substance will remain in the soil after harvest time.   Currently, most plants absorb 20 times more CO2 than we put into the atmosphere. Upon their decomposition, however it all goes back up as CO2.  Therein lies part of the problem of capturing the CO2.

Joanne Chory has created a possible solution for halting the release of CO2 from the plants.  Her plan is that by keeping the roots in the soil, they will decompose into the earth rather than into the atmosphere.  Carbon is one of the essential nutrients for crop growth.  Essentially, the roots will enrich the soil with carbon, allowing it to be more fertile and preventing carbon being released into the air.   She believes that these engineered plants can increase the reduction of carbon emissions by 20-46% yearly.

Currently, this project is still in the beginning phases.  They plan on combining the three essential components: increasing suberin, enlarging the root system, and growing deeper roots,  into a model plant.  Eventually, the plan is to incorporate this technique into corn, soybean, and rice.

Over the last 5 years, multiple companies have been researching various ways of using plants to help either decrease the carbon emissions or reduce the amount of carbon in our atmosphere.  They are still in the experimental stages but have gathered strong support from various organizations and agriculture companies.

In no way does this mean we should ignore our responsibility in contributing to the carbon footprint of our planet.    These methods can aid in buying us time to make other more planet-conscious decisions, like consuming a plant-based diet.  We may not ever get 100% away from using carbon-based products, but we can certainly help the planet by balancing our own excess.