“It’s not how we make mistakes, but how we correct them that defines us.” – Rachel Wolchin

1. Taking each other for granted

In mature relationships, partners recognize each other’s need to pursue their own interests and spend some time apart. And while it’s normal to remain an individual who is given her own space, togetherness in a relationship should still be a priority.

Partners who fail to spend quality time together because they lead such busy lives can easily grow apart. But when you take each other for granted, you lose that connection and bond, which could trigger attitudes that lead to cheating. According to relationship expert Vijayeta Sinh via Insider, being disconnected from your partner can breed affairs.

So, the next time you find yourself with nothing to do on a weekend, don’t set up get-togethers with friends. Instead, spend time with your partner. Curl up on the couch and watch a movie on Netflix together. Or better yet, plan a weekend trip so you can reconnect and bring back the romance.

The lack of communication is one of the most common relationship mistakes. According to a survey, this is the number one reason couples break up or get divorced.

This isn’t just about talking to each other or sending a text or chat messages five times a day. This is more about really opening up to your partner, especially when you think there are serious issues that you have to discuss and settle in your relationship. Communication is also about listening to what your partner wants to get across when you’re having a disagreement.

Couples who don’t communicate with each other could end up piling up their frustrations and resentments. When these aren’t expressed, then it could damage the relationship far more than cheating.

Nothing screws up any kind of partnership more than a lack of trust.  Being open and transparent is a must in a committed relationship. While tension can be expected, sorting out the issue would be a lot better than keeping secrets from each other, according to psychologist Dr. Stephen Shainbart via Woman’s Day.

At least 1 in 5 couples apparently keep secrets from each other, according to another poll. And just like cheating, a lack of trust can be considered a form of betrayal, too. The longer you keep this deceit, the harder it will be to fess up and repair what’s broken.

4. Failing to appreciate your partner

When was the last time you felt grateful to have that someone special in your life? Do you find yourself complaining more about the little things that annoy you about him? Do you ever talk to him about this?

You’re likely jeopardizing your happiness and your relationship when you fail to focus on the positive things about your partner. If you don’t tell him about what annoys you, and instead talk about your issues to other people, then you’re setting up your relationship to fail.

Being appreciative of your partner, despite his shortcomings, is a more productive attitude. It fosters positive thinking, and positive feelings of love and respect for someone you’ve agreed to be committed to.

5. Abstaining and withdrawing affection and intimacy

According to relationship Lucinda Loveland via Bustle, someone who is physically and emotionally unavailable in a relationship is worse than a cheating partner. It’s the most selfish act that a person can do. It can trigger so much negativity. Without the physical and emotional connection, couples also slowly lose all the important aspects of a relationship, such as love, trust, and respect.

6. Giving up on the relationship

Relationships are complicated but at the same time, they can also be beautiful and magical, if you invest time and effort. Giving up is actually the easiest way out of your relationship mistakes. However, if you really love the person you’re with, you’ve got to give each other a fighting chance.

Realize that love takes work. It also requires compromise, acceptance and being there for each other in times of bliss and hardships.  Live in the hope that most problems in a relationship can always be worked out. 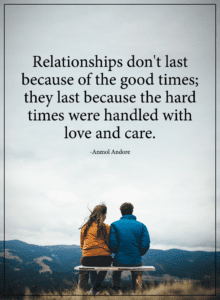 7. Staying on for convenience

Are you still in love with your partner or are you in the relationship for convenience only? It’s a relationship mistake if you feel you need to be together for the sake of the children or because you don’t want to disappoint the people around you.

Nothing good will come out of staying together for the sake of convenience or because you’re simply co-dependent, even when there’s no more spark. Eventually, the resentments will fill the cracks and you could end up fighting and bickering with each other. This will only cause so much more heartbreak and hatred.

If these are problems you face in your relationship, then you have to discuss and act on fixing things with your partner. Otherwise, it would make much more sense to end the relationship now, than to be forced to stay together. This way, you can still be friendly and maintain a positive relationship with each other.

Related Items as bad as cheating lack of trust mistakes in a relationship partner relationship relationship mistakes worse than cheating
Power of Positivity uses cookies to give you the most relevant experience. For more information see our Privacy Policy.
Continue
Manage consent