Do you ever feel like you’ve been here before? Do you have flashes of a previous life that make you believe in reincarnation? Have you ever experienced the sensation that the French call déjà vu?

Could all these feelings be in your head, or is there something more to it? If you have ever experienced deja vu, then you’re in good company. Almost everyone around the world confesses they have felt it at least once in their lives.

There’s something mystical about visiting a place you’ve never been, and suddenly, everything seems strangely familiar. While many people may brush one instance off as a coincidence, when it continues to happen, then it’s worth investigating.

Is it possible that your eerie feelings of déjà vu are flashbacks of former lives, or is it merely the power of suggestion? The belief in reincarnation or transmigration is not a new-age trend as it’s been around for centuries.

Reincarnation has been a religious principle of Hinduism and other cultures for thousands of years. Could it be based on reality, and did you walk this earth as another human being in a different time?

Whether or not you believe that you have lived before, you must admit that déjà vu can convince even the most skeptical person. Are you experiencing sights and events from a former life? Here are ten signs of reincarnation for your consideration.

1. Constant Feelings That You’ve Been Here or Done This Before

For some, the sense of déjà vu is so overpowering. They can navigate a foreign place by intuition. Many of them have described characteristics within the area with stunning accuracy. If this is you, perhaps your past is opening a window to your previous lives, and you have a glimpse inside.

2. You Feel Strange in Your Body

According to Hinduism, as well as several other religions, we live a succession of lifetimes to cleanse and strengthen our souls. Some may only reincarnate a few times until they achieve enlightenment, while others may experience thousands or more lives.

It is no surprise to believers that being uncomfortable in your body is one of the signs of reincarnation. Have you ever wondered why you sometimes feel strange sensations or relate to another person intimately?

Believers say that when you reincarnate, you can come back as another race or gender. Your rebirth depends on what is best for your soul plan. These sensations may explain why some people feel an affinity for a specific period or culture.

While medical science is baffled with sexual identification and transgenderism, it makes perfect sense to those who believe in past lives. Since many of your past lives may have been the opposite gender, it stands to reason that your soul would retain the collective experiences and emotions.

One of the symptoms of reincarnation is an unexplainable knowledge and passion for the past. Maybe you’ve always felt that you belonged to a different era or was “born out of your time.” These feelings may translate into enthusiasm for a certain historical period or culture, not your own.

Are you instinctively drawn to a place in time so much that just a mention of it transports your mind there? Could your obsession reflect the incarnation you were during that time? How else could you explain such passion and familiarity? 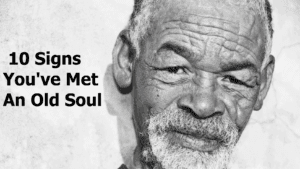 4. You Dream About Past Lives Vividly

Sure, we all have crazy dreams because of natural explanations. However, do you often have reoccurring dreams that stay in your mind? Some of these dreams can be so lucid; you wonder if they were past experiences through reincarnation.

For believers of reincarnation, your dreams are like stored videos of your past lives. Hindu belief explains that during transmigration, your soul is gradually moving to higher spiritual plains. Your dreams record your history and often replay as a reminder while you sleep.

It has been said that time and chance happen to everyone. Who hasn’t had a baffling episode in their lives that wasn’t chalked up to coincidence? You may call it serendipity if it happens occasionally, but what if unexplainable coincidences are normal for you?

Have you ever been in a situation and knew the outcome before it happened? Sometimes these odd coincidences work in your favor, other times not. If you have lived before, maybe you’ve experienced similar episodes, and they are not happenstances at all.

The Hindus and other transmigration believers say that what may seem a coincidence in your life may be the result of karma. Thoughts and actions in each incarnation are paid back in the next life, be they good or evil. This karmic cycle continues, they believe, until you are transformed onto a higher spiritual level.

6. You Have Unexplainable Abilities

It’s only human to be imaginative and transport ourselves in a “Walter Mitty way.” You might daydream of being a patron in the Library of Alexandria. However, what if your longings are so vivid that you can “see” yourself in the library and can almost read the parchments?

Have you ever had a strange word appear in your mind, and you are shocked to find it is a real word in a foreign language? There are documented cases around the world of people who started speaking languages they never knew or studied. You never know what culture you were in a past life, and you might be channeling some of that energy in this life. 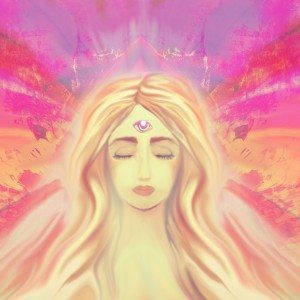 It’s not uncommon to have at least one phobia. No matter how small it may be, you may have things or situations in your life that you avoid at all costs. People spend millions of dollars each year working with therapists to overcome their fears.

While a traumatic event in early childhood can explain some phobias, others can’t be so easily identified. For example, you might have a paralyzing fear of water, which is known as hydrophobia. If you drowned in a past life, it might well explain why these residual fears crossed over in your present incarnation.

8. You Are Intuitive and Have A 6th Sense

Sensitivity to the spirit world means more than just being easily unnerved by strange occurrences. You may find that you rely on these intuitive feelings or sensitive nature to get through life. Some say that you are going by your gut feelings, but it’s way more than that.

Many people who go into helping careers are sensitive and highly empathetic. When they help others who are struggling, they readily identify with the emotions. Often, those who claim psychic abilities attribute them to their past life sensitivity.

9. You Have A Familiar Face or Feel as If You’ve Met Strangers Before

It’s easy for extroverts to meet new people and find common grounds for friendship. For some, the connection feels deeper, as if they had known the person previously. Is this your experience?

Maybe you knew or were related to the newly introduced person, and the meeting triggered memories of past lives. Many people experience an instant rapport with strangers and share stories that are eerily similar.

Those who believe in reincarnation say that this phenomenon occurs because you are often surrounded by the same people as your lives progress. Whether these people are in a different incarnation or not, your souls identify with your persistent link.

10. You Believe You Walked This Earth Before

Award-winning actress, Shirley McClain, has been an outspoken supporter of transmigration, regardless of how skeptics mock her. She has written several best-selling books about reincarnation, and she has been candid about discovering her past lives.

You don’t need to be a celebrity or belong to any specific religion to believe in transmigration. These matters of the heart transcend believing, and only you know whether or not it’s true.

For you, the knowledge of your past lives is inherent, and like McClain, you won’t be swayed from your belief in reincarnation. Such a deep-rooted conviction may not be coincidental. In the progression of your lives and karmic plights, you may have known the truth all along. 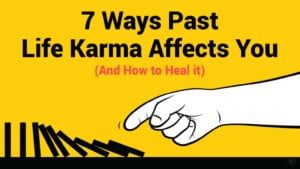 Final Thoughts: Making Peace with The Past in Your Present Reincarnation

Have you experienced a few or all these symptoms of reincarnation and always had a hunch it was real? Through past life regression with a trained practitioner, you may discover fascinating lives you lived in the past.