She holds your hand through breakups and makeups. He’s always a constant source of strength for you. You can’t put a price on friendship. But with these quotes about friends, you can send a little love to someone who makes your day!

15 Quotes About Friends to Remind You of Your Blessings

1. “A friend is someone who knows all about you and still loves you.”

Close friendships are a rare and beautiful thing, especially when someone is already familiar with your flaws. No one is perfect, but the world can be a judgemental place, and it’s easy to get consumed by self-doubt. It takes a real BFF to lift your spirits when you’re feeling low and remind you that you’re awesome.

2. “Each friend represents a world in us, a world possibly not born until they arrive, and it is only by this meeting that a new world is born.”

One of the most beautiful quotes about friends comes from Anais Nin, a writer, and diarist who lived from 1903 – 1977. She perfectly encapsulated the feeling of having a “world” with your best friend. There’s an entire bubble of jokes, tears, stories, and memories that only exist between the two of you, and no one else could understand the full extent of it even if they wanted to do so. Your relationship is special and unique.

3. “The only people I owe my loyalty to are the ones who never made me question theirs.”

Loyalty is a precious gift, and you should only give it to people who will appreciate it. Forget your ungrateful relatives and self-serving bosses; save your loyalty for the folks who understand its value and are willing to return it. This also applies to people who are loyal to you. If they’ve remained by your side through all kinds of trouble, they deserve a little appreciation for being a good person and an even better friend. 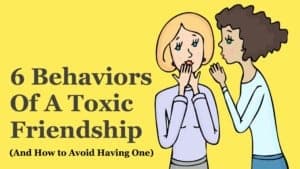 4. “One friend in a storm is worth more than a thousand friends in sunshine.”

You’ve probably seen this sentiment expressed in many quotes about friends, but this particular version comes from Matshona Dhliwayo. It’s a knock against fair-weather friends who only care about you or show interest in your life when things are going well. By contrast, a true friend is someone who will be there for you, even when life is difficult. They won’t run scared just because things get hard. They’ll buy helmets for the both of you, and you’ll withstand the blows together.

5. “The glory of friendship is not the outstretched hand, nor the kindly smile nor the joy of companionship; it is the spiritual inspiration that comes to one when he discovers that someone else believes in him and is willing to trust him.”

There’s an entire neuroscience behind happiness, but even science can’t explain the soul-deep satisfaction of having a true and loyal friend. This poem by Ralph Waldo Emerson probably comes the closest to conveying it. If you have a really good friend, it isn’t the simple pleasures that make you happy; it’s the comfort of their very existence. It’s the feeling of having a safety net beneath you.

6. “Lots of people want to ride with you in the limo, but what you want is someone who will take the bus with you when the limo breaks down.”

Oprah Winfrey knows a thing or two about hardship, so you can take her words to heart. The true value of a friend is whether they’ll stick with you even when the chips are down. They’ll dry your tears; they’ll help you get back on your feet. If they’re willing to stay by your side despite everything, you should count your blessings: That’s a true friend. 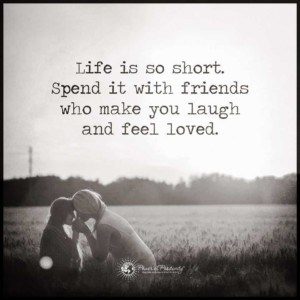 7. “Some people come into our lives and quickly go. (…) Some people make the sky more beautiful to gaze upon. They stay in our lives for a while, leave footprints on our hearts, and we are never, ever the same.”

A good friend can change your entire perspective. When you’re with them, the world just seems like a better place. This isn’t a coincidence: Happy emotions can act as a filter for all of your thoughts and feelings, so when you’re having a good time with a friend, even the sun will seem like it’s shining a little brighter. On the flip side, when life is doing its best to knock your down, a good friend can make things a bit more bearable.

8. “A friend knows the song in my heart and sings it to me when my memory fails.”

Empathy is one of the most important things in a relationship. It doesn’t matter if you’re friends, lovers, relatives, colleagues, or something else entirely. If they can’t relate to you, you aren’t going to have a meaningful connection with them. This is why an empathetic friend is the best kind.

9. “You can’t describe your best friends in words. You can describe them with memories that you had with them.”

Words like “funny” and “smart” just don’t do justice to a friend who’s been with you through thick and thin. Friendship quotes can’t really describe them, either. When you have a tried-and-true companion for all of life’s trials, the feelings in your heart are bigger than any words can express, and their value to you is priceless.

10. “Friends are those rare people who ask how we are and then wait to hear the answer.”

“How are you?” is one of the most common phrases in the English language, but it rarely means anything. It’s just a thing that people say without really caring about the answer. The exception is with a friend: When they ask how you’re doing, you know that they’re coming from a real, genuine place. Your pain is their pain. Your happiness is their happiness. That’s the power of friendship.

11. “A friend is one that knows you as you are, understands where you have been, accepts what you have become, and still, gently allows you to grow.”

Though it’s commonly attributed to Shakespeare, no one really knows where this saying originated. However, it’s one of the best quotes about friends because it’s both honest and heartwarming. A true ally is someone who has been through tears and triumphs with you. They’ve celebrated the wins and sympathized with the losses, and they’re always in the front row to cheer you on for the next challenge. 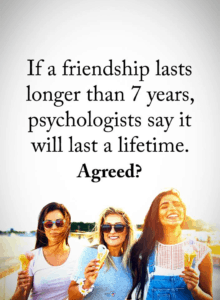 12. “I always felt that the great high privilege, relief, and comfort of friendship was that one had to explain nothing.”

Studies indicate that close friendships aren’t just a human trait. From dolphins to elephants, animals are capable of bonding together in ways that have nothing to do with survival and everything to do with an instinctive need for companionship. Words aren’t even needed. When you have a BFF, you know it.

13. “A friend is someone who can see the truth and pain in you even when you are fooling everyone else.”

Maybe you’re smiling on the outside even though you’re struggling with something on the inside. Maybe you aren’t entirely honest about something, and no one else knows you well enough to call you on it. When a friend knows you, however, it’s hard to get anything past them. They see through your excuses even when you wish they wouldn’t. This is one of those quotes about friends that hit hard because it’s true.

14. “A real friend is one who walks in when the rest of the world walks out.”