It would be a perfect world if there were a parenting manual with all of the correct ways to raise a child. With so many ways to discipline undesirable child behavior , a parent often gets lost in deciding what works best for their baby. We’ve got a look into the perspective of positing reinforcement and how it shapes your child as they grow.

What Is Positive Reinforcement?

Positive reinforcement is all about focusing on the proper decisions and behaviors of your child. This way of support communicates to your child the values, practices, and actions that you find essential. Through this type of behavior modification, the idea is that your child feels empowered with the positivity and continues the “good” behavior. Positive reinforcement has a positive effect on the entire family, creating a better environment in the home. Good and bad decisions are thrown out the window only to be left with praise for the positive.

The Difference Between Positive Reinforcement And Punishment

There is a difference between reinforcement and punishment. In psychology, operant conditioning brings up the fact that positive and negative do not necessarily mean good and bad. Positive means you are bringing or adding something to the equation. Negative means you are taking away something from life. Reinforcement means the behavior is increased. Punishment means the action is decreased. Positive and negative reinforcers directly affect the behavioral response of a person. Most punishing tactics reduce this behavioral response.

Change The Behavior, Not The Child

Positive discipline complements the behavior instead of the person. The idea is that this positive movement motivates the child. They focus on skills to overcome their other actions. There are inherent qualities in personalities that are difficult to change, but positive discipline helps the child learn to control these behaviors. This type of leadership and guidance helps the emotional relationship between the child and the parent as well. Compassion is encouraged, so the child doesn’t feel negative emotions.

One way to discipline in this way is to praise your child. When you give them praise, you promote their empathy, self-esteem, and positive thinking. This does not mean giving them endless praise. The parent does need to guide them to the correct path when they are showing wrong behaviors. They must boost confidence and praise things that deserve this praise instead of just praising everything. The child will still make mistakes. The parent can point these out in a loving, teaching way. 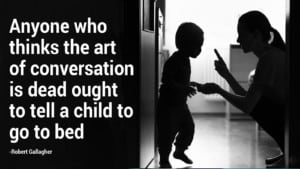 Positivity Leaves The Labels at the Door

Behavior modification becomes almost impossible when a child is labeled as “bad.” When they don’t have any positive discipline, they often get stuck feeling like they can’t do anything right. Psychologists say it’s best to refrain from labeling children. Instead of punishing them by telling them all of the things they’re doing wrong and calling them short-tempered, angry or aggressive, encourage good behaviors. Modify these behaviors by giving them a positive outlook. Encourage the practices that bring positivity instead of punishment. Labeling children gives them the right to accept this is who they are, and many find they cannot change.

The Effects of Negative Discipline

Negative discipline is a real thing. Many parents go overboard with negative punishment, which can impact the child psychologically as well as physically at times. If a child feels everything they do is wrong, they will begin to feel they are wrong as a while. Negative discipline just stops the child in their tracks. Even if a parent is nagging a child to do something over and over, they feel beaten down. Instead, the parent should try to reinforce the behavior giving them praise for doing what they need to do. It’s better to praise the steps that lead them to do the chore instead of nagging them and scaring them into doing the task.

When a child does something “good” on their own, it’s up to the parent to praise them verbally. Yes, it is something they “should” do as children, but often the child gets lost innocently doing other things. They may not “mean” to not get to their homework, but they get lost playing video games and forget the time. The parent should praise the times when they do get down to business. When the parent focuses on the actual process of doing the chore, the child is guided back on track to do it. Instead of the parent just telling them they’re smart, they should focus on the positivity in the task itself instead of the behavior.

Positive reinforcement is not only about punishment but about celebrating efforts. It’s about celebrating the great things the child does at all times. Encouragement pushes children to do their best. They’re often more willing to take chances. It’s crucial as parents to teach the children that things in life are usually scary, but it’s about overcoming these obstacles. The child will fail at times, but it’s crucial to build confidence in their minds.

Time To Be Specific

Encouraging behaviors through praise instead of a process often change negative behaviors. It’s essential to be specific in reinforcement to the child. Plus, it is vital to do it right when the situation happens. Finally, it is also important and powerful to give them reinforcement as soon as you catch them doing something positive.

It takes practice for a parent to notice your child’s positive behaviors at all times. This doesn’t mean throwing them rewards every time they throw something in the trash. It means immediate rewards in words at that time. You can also set up a reward system, so they earn stickers or tokens each time they do a positive behavior. This makes them work harder at doing positive responses.