Abrupt thawing of permafrost in the Arctic is triggering landslides, drowning forests, and causing erosion and craters to form. As the permafrost melts, it releases greenhouse gases into an already toxic environment. This rapid thawing can reshape the landscape of the Arctic in a matter of months.

In fact, residents of the small Alaskan town Kongiganak can’t bury their deceased loved ones due to the permafrost melting. Their cemetery has turned into a marshy swamp, swallowing the graves into the ground and creating sinkholes. On the island of Sarichef near the Bering Strait, the village of Shishmaref is shrinking so fast the locals are considering resettling elsewhere.

Permafrost is a permanently frozen layer under the thawed surface layer of the ground. Currently, it affects 18 million square kilometers at high latitudes. That number equals one-quarter of all the land in the Northern Hemisphere. Furthermore, current estimates predict permafrost contains a whopping 1,500 petagrams of carbon. And that equates to 1.5 trillion metric tons of carbon.

Rapidly melting permafrost is occurring in more places than once thought. About 20% of the Arctic’s permafrost, frozen sand, soil, and rocks, also consists of ground ice. That makeup leaves it susceptible to rapid thawing. When the ice that holds the stones and soil melts, it leaves in its wake a marshy land area known as thermokarst.

The release of carbon

Frozen water takes up a larger surface area than liquid water. It transforms the frozen Arctic landscape into a flooded, sloppy mess prone to flooding and soil collapsing, said lead study author Merritt Turetsky, director of the Institute of Arctic and Alpine Research (INSTAAR) at the University of Colorado Boulder.

Turetsky said this could cause relatively dry areas such as forests to become flooded within months to years and this can affect soil up to several meters below the Earth, Turetsky told Live Science in an email.

The consequences of thawing permafrost

Across the Arctic, climate change is causing the permafrost to melt as temperatures continue to rise. Permafrost makes up about 15% of Earth’s soil, but holds about 60% of the planet’s carbon: approximately 1.5 trillion tons ( or 1.4 trillion metric tons) of carbon, according to the National Snow and Ice Data Center. This condition is also known as a carbon sink; however, rapidly thawing permafrost causes carbon to release into the atmosphere instead of storing it.

When permafrost thaws, it releases this stored carbon into the atmosphere. This process acts as a catalyst for global warming, known as climate feedback, the scientists wrote in the study.

However, no climate forecasts include thermokarst in their models, and only a small number include permafrost thaw at all, study co-author David Lawrence, a senior scientist with the National Center for Atmospheric Research, said in a statement.

Abrupt permafrost thaw was likely excluded from prior climate forecast models because it makes up such a small portion of Arctic’s land surface, Turetsky explained.

Turetsky added that the study proves that models need to take both types of permafrost thaw into account to make the necessary changes in climate policies.

They published these findings online on Feb. 3, 2020, in the journal Nature Geoscience. 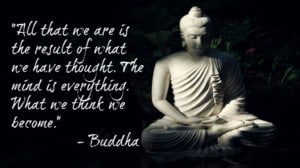 “The Arctic is warming faster than anywhere else on the planet. Temperatures have risen by 1? in the last decade alone, causing ice sheets to melt and sea levels to rise while threatening wildlife. Getting a handle on warming temperatures at our earth’s poles is crucial if we are to keep global warming within agreed limits.”

Final thoughts about the thawing permafrost in the Arctic

Climate change affects us all, but especially people living in the Arctic. If we all work together to live and reduce carbon emissions, the Earth can reclaim its natural cycles. Then, perhaps we can reverse some of the damage we’ve done. We only have one planet, and she deserves our care and appreciation.

So what small actions can you can take at home to combat climate change and stop harming our environment? Try to include the following:

We all must be the change we are looking for–and help stop the melt of permafrost.