Cancer.  The dreaded “C” word.  It is fear behind every dietary choice we make, every statistic we read regarding pollution levels in the air, land, or water and the pesticides in our food.  There isn’t a day that passes that we aren’t reading “x increases risk of cancer” or “x can decrease our risk of cancer.”  Anyone who ever had a family member or friend diagnosed with cancer knows that shocking fear that numbs the brain and leaves you speechless.  Furthermore, anyone with a cancer diagnosis knows that same fear mixed with confusion and the tendrils of despair. To have that diagnosis also be pancreatic cancer may raise that despair and fear to panic levels.

We have all read the stories of many famous people with pancreatic cancer who did not survive; Steve Jobs, Patrick Swayze, and Alan Rickman.  That doesn’t begin to touch the thousands of other people who fought the battle out of the public eye.  Now there is new hope for the treatment of pancreatic cancer.  Scientists reveal how to treat pancreatic cancer in just two weeks.

What truly makes pancreatic cancer deadly is that it usually isn’t diagnosed until it has reached stage 3 or 4.  Many of the diagnostic tests are not specific enough to catch it in its early stages.

The percentages of diagnosed cases tend to run significantly higher in more developed countries, such as the U. S. and Europe, with far lower numbers in Africa.  How much of that is due to the environment and culture vs. capability to diagnose and report is uncertain.

According to the Pancreatic Cancer Action Network, there are two broad categories of Pancreatic cancer which then are subcategorized:

These start in the exocrine cells of the pancreas.  These cells make the enzymes that aid in digestion.  This broad category and related subcategory of tumors make up 93% of all pancreatic cancer diagnoses.

This is a slower-growing tumor type that makes up about 7% of diagnoses.  These develop from islet cells that control blood sugar levels.  A tumor forms when there is an abnormal growth of these cells.

These are not all the types of tumors which can form, but it does encompass the majority.

Science is not clear what causes pancreatic cancer, but there are certain risk factors that can contribute.  According to the American Cancer Society, some of those risk factors are related to habits and lifestyle, while others we have no control over. 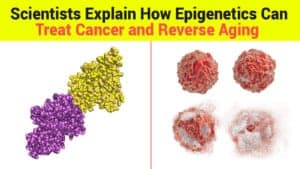 New hope in a 2-week treatment for pancreatic cancer

In October of 2019, a study was published in Oncotarget from a group of Isreali scientists headed by Professor Malka Cohen-Armon of Tel-Aviv University, and her associates worked along with Talia Golan and associates of Sheba Medical Center.   This study involved injecting mice with cancer cells from a human pancreas ductal adenocarcinoma.  They then injected the mice with a specific modified phenanthridine PJ34 for two weeks.  80-90% of the cancer cells had been eradicated two weeks after the injection, and one mouse showed 100% within 30 days.  PJ34 works by instigating cell death during the multiplying stage.