Have you ever had to flip a switch on your electrical panel because a surge popped that switch to “off”?  If you have, then you know that you have main switches that control multiple rooms in the house – or even the entire house. And then you have sub-switches under those that control individual outlets that run along particular walls.  Which outlets work depends upon how an electrician wired your home and which walls touch. This is how epigenetics works.

Can you imagine your DNA as your very own electrical panel controlling all your genes, both active and passive?  Great!  Now imagine that each sub-switch creates different results depending upon which other sub switches you turn on or off at the same time. For example, if you flip one sub-switch, you have blue eyes.  Flip on another switch, but turn off the first, and you turn your eyes brown.

What is epigenetics, and how does it work?

Above, I presented a scenario that defines what epigenetics is in a simplified manner.  It is the study of the mechanisms that turn our genes on and off.  A more scientific definition, as stated in WhatisEpigenetics.com is this:

“Epigenetics is the study of heritable changes in gene expression (active versus inactive genes) that do not involve changes to the underlying DNA sequence — a change in phenotype without a change in genotype — which in turn affects how cells read the genes.”

Let’s back up here and clarify a few things regarding DNA.   Our entire body is made up of cells.  The instruction booklets that dictate and regulate how those cells operate reside within our DNA.

Three billion nucleotide bases form the molecules that link together to form the building blocks for our DNA.  There are four different types of bases that make up our DNA:

The order of these bases are the directions that specify how we live and function in the world.  We have about 20,000 genes within three billion bases.  Genes are the patterns of those bases that give instructions on how to make the proteins that trigger the actions our body needs to sustain and operate our life.

The “Skinny” on Epigenetics

This where epigenetics comes in.  Epigenetics can indirectly determine whether a cell should produce the proteins by influencing how your cells interpret data from the genes.  Think of it as when you have a scratched CD.  You can’t reach the location of the scratch. Therefore, the player skips it over but plays the rest of it.  However, that movie or album is now changed.

Epigenetics can control our genes by specifying to our cells what they are to specialize in – hair color, eye color, skin, etc.  Nature determines this.

It can also influence our genes via “nurture” in the manner of our environment influences the stimuli that turn specific genes on or off.   Everything we do influences how epigenetic affects us.  One of the things that make humans as a species so incredible is our ability to adapt.  That is thanks to epigenetics.  In turn, that means everything we do, don’t do, are surrounded by, and that we react to, affects our cells and genes. It is also this interplay that makes each one of us unique.

Scientists understand that if they can map all the sequences possible with all 20,000 genes, the possibilities of altering cells that cause diseases and deformities are enormous.  It also allows for the possibility to reverse aging, cure cancer, cure obesity, and potentially other deadly diseases.

Studies on epigenetics and aging, cancer and obesity

As stated above, cells have various molecules that attach to themselves, which are used to give directions to our genes.  One such molecule is of the methyl-3 group.  When it connects to a cell, it is called DNA methylation.  That cell then communicates to a gene to “turn itself off,” a process known as hypermethylation.

One study demonstrates this behavior.  Scientists studied agouti mice that characteristically can be identical twins, but look entirely different in color and size. One mouse was brown and small, and the other was yellow and obese.  What the scientists discovered was that, in the regular mouse, the gene controlling those two factors was turned off through methylation. However, in the obese, yellow mouse, genes were not methylated.  The yellow mouse also tends to develop diabetes and cancer as adults.

In regards to aging and cancer in humans, several studies have shown that environmental factors strongly affect whether methylation occurs in humans.  By environmental, I refer to nutrition and dietary calories.  According to some studies, diet appears to be the factor most swaying the results due to its ability to affect the activity and expression of specific genes.

One study focused primarily on nutrition through a caloric reduction in mice.  The calorie intake was lessened by 30-40% while maintaining proper nutritional intake.  A scientist performed a study in which a mouse placed on such a diet lived longer than a mouse on a regular diet.  Additional studies have shown the same results across many different species, including worms, fish, and primates.

The Role of Methyl

Science believes that age plays a role in how methyl is distributed to our cells, decreasing the proper patterns.  One theory is that calorie restriction aids in stabilizing our genes. This is because it helps account for how much methylation is lost.

Regarding cancer, it has shown to be the result of a mutation in the epigenetic process creating the activation or deactivation of specific genes that should be regulated in healthy cells.  Studies have demonstrated that calorie restriction can either improve the prognosis or decrease its occurrence.

One major study concerning cancer showed that hypermethylation led to the absence of specific gene functions, which resulted in breast cancer and lung cancer.   The results of cancer tumors also result from hypomethylation, or the gene “turning on.” 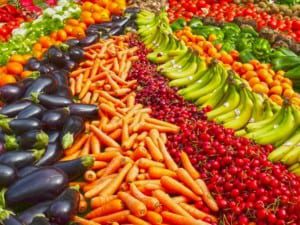 This study of epigenetics is exceptionally involved. Without a doubt, it will take a long time for scientists to map how each cell interprets the various molecules that can attach to it and how it tells the gene to turn on or off.

Interestingly, diet and calories are proving to have a significant impact on how our cells read and tell our genes to respond.  Scientists even developed what is called the epigenetic diet.  This diet outlines the foods that affect how our cells interpret signals. Research backs up this diet.

Some of these foods include the following:

Each is shown to create results in protecting against cancer and aging.  They have even isolated the specific compounds in each one contributing toward this process.

While the future of epigenetics opens many doors to the treatment of cancer and obesity and slows the aging process, there is so much that we can do for ourselves.  Science shows that exterior or environmental factors have a tremendous influence on how our cells respond and communicate to our genes.  Eating nutritious foods and keeping our caloric intake at a proper level are key influencers. Remember, we have 100% control over our eating habits. This makes an impact on cancer prevention.