Sadly, scientists have observed a vast decrease in the monarch butterfly over the last twenty years. Fortunately, the researchers know the way to restore them–but these creatures need our help.After looking into reasons for their decline, researchers have found that the destruction of milkweed is to blame. Female monarchs lay eggs on the leaves of milkweed plants, secreting a sticky substance so they’ll stay attached. However, humans have been destroying their habitats and either mowing over the milkweeds or eradicating them with herbicides.

Because the monarch butterfly only lays her eggs on milkweed, the species can’t exist without it. While adult monarchs eat the nectar of many types of flowers, they only breed on milkweed. The larvae receive nourishment from the plant as well, allowing them to develop into adult monarchs. Humans have mistaken the milkweed as a noxious everyday weed, which removes a vital habitat and food source for the monarch.

Why does the monarch butterfly choose milkweed?

The monarch ingests toxins in the milkweed, making them poisonous to predators, yet they don’t harm the butterfly. Milkweeds have certain chemical compounds, including a cardiac poison, that would seriously injure or kill vertebrates. These toxins help protect the monarchs as adults because the vibrant coloring of their wings warns predators to stay away. Not to mention, the toxins ingested by the monarch make them taste terrible, which is advantageous to their survival.

Monarchs have evolved to tolerate the poisons in milkweed and store them in their bodies to ward off predators. These plants contain compounds called cardenolides, which would make most animals vomit or even cause cardiac arrest. This occurs because the compound binds to critical parts of the sodium pump, inhibiting its function.

However, they don’t affect the monarch because they have a mutation in at least one gene, which carries instructions for making sodium pumps. This protein allows for recovery after sodium floods the cells, causing an electrical discharge. Therefore, milkweed makes a beautiful food source as well as a nesting ground for monarchs.

Other interesting facts about the monarch butterfly 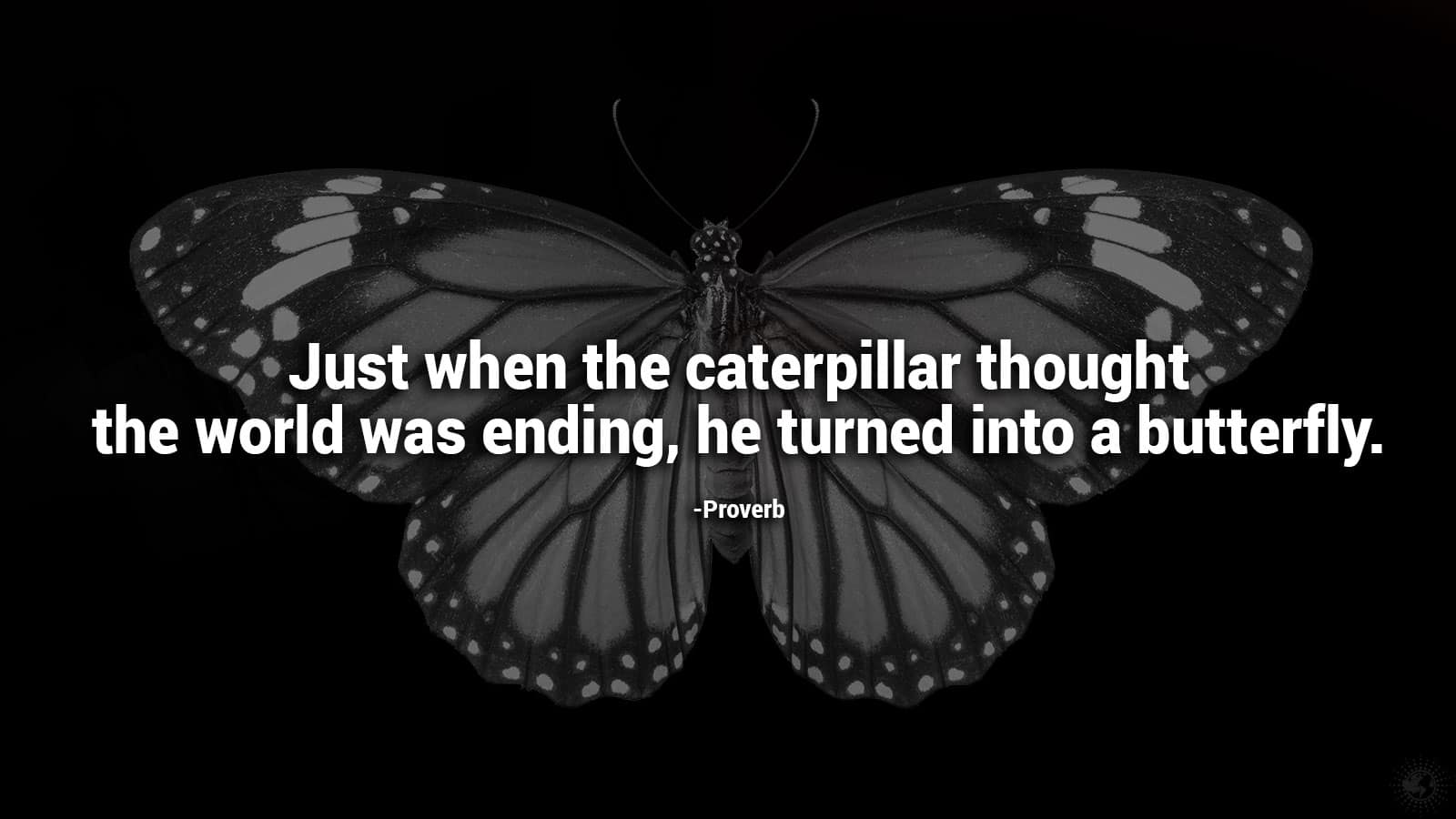 Thousands of people travel to sanctuaries and reserves throughout North America to witness the annual monarch butterfly migration. However, with the population on the decline, scientists fear that their days are numbered. According to research, Western monarchs have declined by more than 99 percent since the 1980s. Eastern monarchs have declined by an estimated 80 percent.

Luckily, though, we can reverse this trend and help the monarch make a comeback in the future. Below, we’ll talk more about why the destruction of milkweed, and not migration patterns, is to blame for their demise. Also, we’ll discuss what you can do to help this beautiful butterfly survive.

Here’s why scientists are alarmed by the decline of the monarch butterfly:

As you can see from the above-listed data, the monarch butterfly population has sharply declined over the last twenty years. Some scientists believed that migration patterns could explain the decrease, but a recent study disproved that theory. The study of these creatures, published in the peer-reviewed journal Frontiers in Ecology and Evolution, analyzed data collected on 1.4 million monarchs. These butterflies had been tagged in the United States Midwest from 1998 to 2015 to track their migration patterns.

Monarch butterflies breed mostly in the Midwest during the warm summer months due to the plentiful milkweed in the area. However, scientists believe that reducing the milkweed host plants could explain the smaller population of monarchs. They didn’t find any evidence that the migration patterns or conditions along the route have caused such a decline.

However, researchers did find several pieces of evidence to support what they call the “milkweed limitation” hypothesis. John Pleasants, an adjunct associate professor at Iowa State University, said this should finally put the migration mortality hypothesis to rest.

“If there was some problem with migration, we should have found fewer tagged monarchs recovered in Mexico over time, but that was not the case.” ~John Pleasants

Monarch butterflies make a long journey each year, covering thousands of miles during their migration. Monarchs, born in Midwestern states, move south to the more temperate central Mexico for the winter. The monarchs make the journey north once again in the springtime when the weather gets warmer. However, the steady decline of the monarch population over the last 20 years makes scientists worry they could vanish forever.

The importance of milkweed

Milkweed used to grow abundantly in the Midwest in agricultural fields and surrounding areas. However, the increased use of the herbicide glyphosate on corn and soybean fields has destroyed much of the milkweed population. Since humans have treated milkweed as a common weed which harms crops, monarchs have suffered dramatically as a result. Changes in land use because of agricultural development have also hurt the monarch population.

The rapid decline in milkweed from corn and soybean fields began in the late 1990s when farmers started using glyphosate on crops. Milkweeds had been almost entirely eradicated from fields by 2006. During this period, nearly 71% of milkweed in agricultural fields plus surrounding areas were eliminated. This equated to around 25 million hectares of land that no longer had milkweeds to support the monarchs.

Some scientists posited that migration patterns might explain the decline, called the “migration mortality” hypothesis. However, when scientists tagged the butterflies and tracked their migration, they found no evidence to support this. The tag recovery rate remains steady, which indicates that the majority of monarchs have reached their destination successfully. While they did find a discrepancy between surveys of summer and overwintering populations, Pleasants said the loss of milkweed could explain this.

The number of monarchs tagged correlates with the size of the overwintering population in Mexico, which disproves the migration theory. Surveys conducted during the late 1990s and early 2000s didn’t include field habitats. Thus, they didn’t count the monarchs in fields. Pleasants said this would cause a massive underestimation of the monarch population.

“Our analysis points us back to the idea that the loss of milkweeds, particularly from agricultural fields, is most responsible for this decline,” he said. “If you want to bring the monarch butterfly back, you need to bring the milkweeds back.”

How you can help restore the monarch butterfly population

The Iowa Monarch Conservation Consortium wants to launch efforts to plant between 480,000 and 830,000 acres of milkweed by 2038. This would equate to over a billion milkweed stems planted in the Upper Midwest in the next two decades. These efforts should greatly help the monarch butterfly, but you can also play a role in their recovery.

If you have a garden, you can consider planting milkweed to attract monarchs and give them a place to lay eggs. Make sure to choose a plant native to your area, as several dozen species of milkweed exist. Also, choose an open area unaffected by mowing or pesticide use. The Monarch Joint Venture has an in-depth tutorial for planting milkweed if you’re interested in helping repopulate this beautiful butterfly. 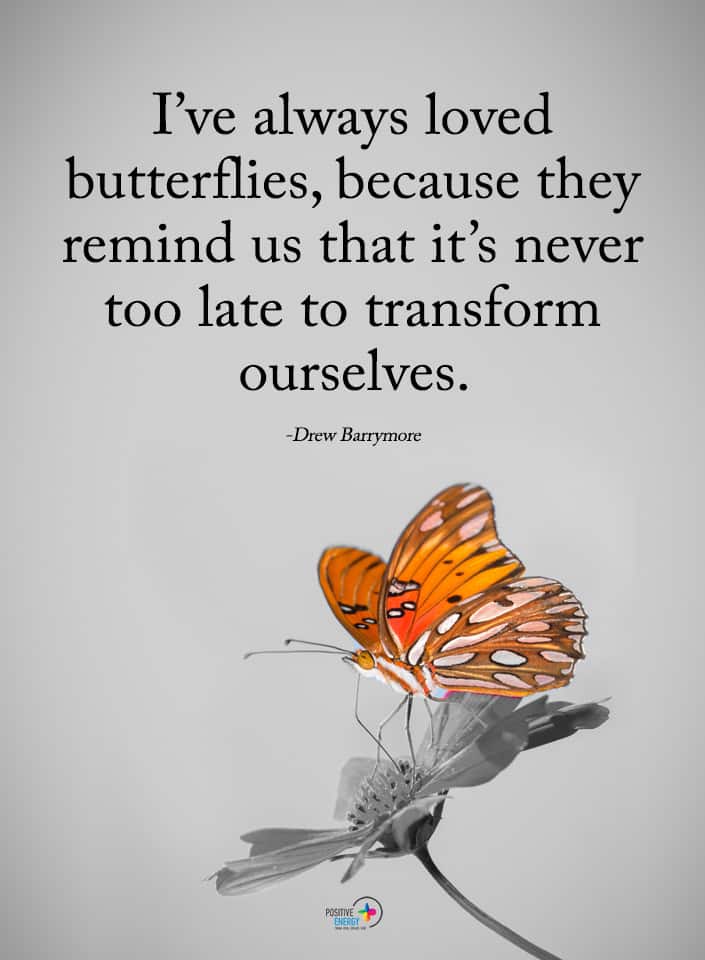 Final thoughts on the decline of the monarch butterfly

The monarch butterfly is in danger due to the overuse of herbicides and the development of urban and agricultural areas. They feed and lay eggs in milkweed, but humans have eliminated much of this species in recent years. As a result, the monarch population has rapidly declined, but we can help by planting milkweed in our backyards. Let’s do our part to ensure this magical creature will always have a home to come back to.