If you or someone you know suffers from depression, you know how debilitating and lonely it can feel. Depression is much more than just feeling sad; it’s a chronic, persistent feeling of despair, emptiness, and exhaustion. It’s going through the motions just to try to make it to tomorrow.

Depression is that nagging voice in your head telling you that everything is pointless and that nothing you do will make a difference.

Sadly, millions of people worldwide suffer from this awful illness, and just because you can’t see it doesn’t mean the person isn’t in pain. While mental illnesses can and often do present with physical symptoms, most of the anguish people feel comes from their mind. Depression is the leading cause of disability worldwide and affects more than 300 million people globally, according to the World Health Organization (WHO).

“I’m exhausted from trying to be stronger than I feel.” – Unknown

People can feel a variety of symptoms ranging in severity. We’ll go over some common symptoms of depression, according to the National Institute of Mental Health. If you experience more than five of these symptoms consistently for at least two weeks, you might be suffering from depression.

Depression can present with other symptoms, but the ones listed above are the most common. Now that we’ve gone over symptoms of depression, we’ll go over effective treatments for it.

Keep in mind that you can find dozens of different remedies online claiming to treat or cure depression; however, the ones listed below are scientifically proven to ease symptoms. According to the National Alliance on Mental Illness, here are the most common depression treatments:

While there is still quite a stigma surrounding treating depression with medication, 40-60% of people taking an antidepressant see an improvement in their symptoms within six to eight weeks, according to research.

It’s been proven, however, that a combination of medication and psychotherapy is more effective in treating depression than either one on its own.

Many people don’t want to take medication or go to therapy, and would rather take a more natural approach. These are some of the most common, effective natural remedies to treat depression:

These are just a few methods that have been shown to help depression. Many others exist, but ultimately, you must do what feels right to you. People react differently to various treatments, so it’s often a process of trial and error. Keep in mind that alternative therapies typically work best in conjunction with medication, therapy, or both.

Now you know about some effective treatments for depression, and we hope you find something that works for you. Since depression can affect anyone of any age or economic status, we thought we would bring you advice from a pretty big name in the celebrity world. Depression can feel like an uphill battle, but a message from this man will help you keep going when you feel like giving up.

Arnold Schwarzenegger’s Reaction to a Fan with Depression

A Reddit user named Ali who suffers from depression took to Reddit for advice about how to get back into working out. He posted on the /r/bodybuilding subreddit, where Arnold posts frequently, asking for advice from the Terminator himself.

“I know this is pandering but, I’ve been depressed for months and haven’t hit the gym during that time,” he wrote. “Mr. Schwarzenegger, can you please tell me to get off my lazy a** and hit the gym? I swear to everything I hold dear that I will snap out of it and go.”

Arnie did actually reply to the fan, but instead of criticizing him, he empathized with him instead.

“I’m not going to be that hard on you,” he said. “Please don’t be that hard on yourself. We all go through challenges, we all go through failure. Sometimes life is a workout. But the key thing is you get up. Just move a little. Roll out of bed and do some pushups or go for a walk. Just do something. One step at a time, I hope you feel better and get back to the gym. But don’t beat yourself up, because that’s just useless talk. It doesn’t get you closer to the gym. And don’t be afraid to ask for help. Good luck.” 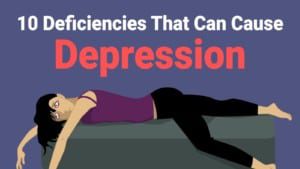 Upon reading Arnie’s reply, Ali said that he “jumped out of bed” and went to the gym. Arnold checked up on him the next day and was pleased to find out that his messaged motivated Ali to get back to the gym. Other Reddit users commented on Arnold’s response, saying that he’s an “amazing mentor” for checking in on the young man and offering sound advice.

Arnie even posted a video response, saying he was happy Ali was feeling a bit better.

This goes to show that advice and motivation goes a long way, no matter if you’re a celebrity or not.

Final thoughts on Help for Depression

Depression can take a toll on a person after a while, especially without proper treatment. However, there are effective treatments out there, such as self-care, exercise, eating healthy, meditation, therapy, and medication. A combination of these may work best, but every individual is different and responds differently to treatment. It’s worth it to try out various methods to see what will work best for you personally.