The Buddha once said: “Your worst enemy cannot harm you as much as your own unguarded thoughts.”

What do you think about that thought? Notice the word unguarded in Buddha’s teaching. As he is with most things pertaining to the mind, Buddha is once again supremely wise. Sometimes negative thoughts have a tendency to hang around – this is when cognitive reframing (i.e. ‘cognitive restructuring’) is essential.

Dr. Alice Boyes, a former clinical psychologist and author of The Anxiety Toolkit, describes cognitive restructuring as “a core part of Cognitive Behavioral Therapy (CBT),” which Dr. Boyes says “is one of the most effective psychological treatments.”

Take a seat in the far back of your mind and simply observe the negative thought. (Think about how you’d watch a bird flutter about on a rooftop.)

Negative thoughts are generally a product of cognitive distortions, or irrational thought patterns, something recognized by psychologists and psychiatrists the world over. You don’t require psychotherapy or medication – you only need to observe a thought, and then watch it dissipate.

Ruminations are patterns of overthinking, e.g., “I have this problem, which I can solve if I just keep thinking about it.” Unless you’re actively engaging the frontal lobe of your brain – that is, attempting to solve a problem – most ruminations are pointless and filled with negative thinking.

The question then becomes “How do I reframe these thoughts?”

Here is a suggested course of action:

(a) Create two columns on a sheet of paper. Label the first column “Thought” and the second column “Solution.” (b) When the rumination appears, write down the time. Write anything of use in the “solution” column. (c) At the end of the day/week/month, count the number of times the thought appeared and any insights. Is there anything of value? If not, re-read #1. 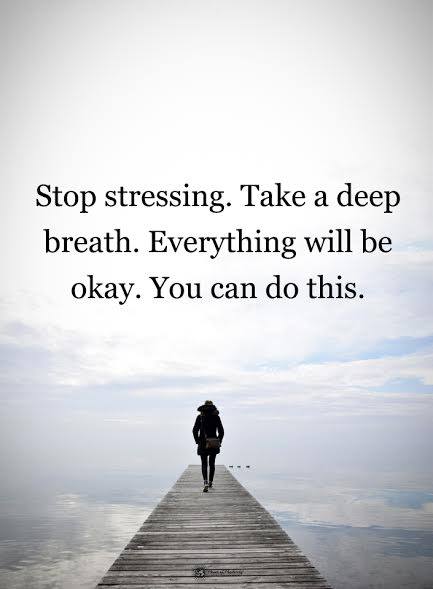 Another way of reframing your thoughts is to evaluate the evidence behind them.

For example, if you’re always thinking “I never have enough money,” it may be helpful to assess the evidence and come to a solution (if needed).

Once again, you’ll create two columns. In Column (A) write any supporting proof that you “never have enough money,” e.g. bank account balance, always asking for money, etc. In Column (B) write any objective evidence demonstrating the contrary, e.g. having shelter, food, clothing, and so on.

What information is conveyed through this exercise? Can you say with 100 percent honesty that you “never have enough money”? If so, what’s the next course of action? Do you create a budget and limit your spending?

What better place to mention mindfulness than after talking about money – a near-universal stressor?

Christopher Bergland, a three-time champion of the Triple Ironman triathlon and scientist, explains mindfulness as “much more basic than most people realize.”

Bergland breaks down his approach to mindfulness in three steps: “Stop. Breathe. Think about your thinking. Anyone can use this simple mindfulness technique throughout the day to stay calm, focused, optimistic and kind.”