Today’s world requires us to live in a near-constant state of arousal. This state of alert triggers our fight-or-flight response, resulting in the anxiety epidemic we see happening worldwide. Our brain simply was not made to handle such an influx of information, stimuli, and stressors for such extended periods of time without rest. The result is a sharp decline in our mental health.

Our jobs require us to remain focused on one thing for eight or more hours a day. And in that time, we don’t really get a chance to rest our brains. After we get off work, we must spend time commuting on loud, busy streets. Finally, after all of that hustle and bustle, we finally get a chance to relax at home…for a few hours. Then, we get back up the next day and do it all over again. We live in very stressful times. So maybe the fact that anxiety is one of the most prevalent mental illnesses in the world is both a testament to this and a natural human response to the ongoing stressors we deal with.

“Anxiety does not empty tomorrow of its sorrows, but only empties today of its strength.” – Charles Spurgeon

However, even though the odds seem to be against us, we CAN do certain things to help ease the symptoms of anxiety and relieve a little tension from our overworked, overtired brains.

Here are 4 main causes of anxiety (and how to combat them):

Psychology Today warns that your anxiety can play tricks on you, decreasing your mental health.

1. Thinking of the worst-case scenario for any given situation

People with anxiety tend to think of the worst possible thing that can happen, so that they can prepare for that event if it SHOULD happen. However, this type of thinking can cause a lot of unnecessary stress and reduced mental health. But usually, the awful thing they’ve conjured up in their minds doesn’t happen anyway. Constantly worrying about perceived or real threats means you’ll probably avoid those things with all your power. But throughout that process, your mind suffers greatly.

The solution: Mental health expert Alicia Boyes says, “I use suddenly feeling overwhelmed as a cue to hunt for thinking errors. If ever feel overwhelmed by an email, I tell myself, ‘There’s a ninety percent chance my reaction is just my good old anxiety brain, and that the request will seem easy when I look at it with fresh eyes tomorrow.’ I’ve had enough experiences of this alternative thought being true, to believe it!” 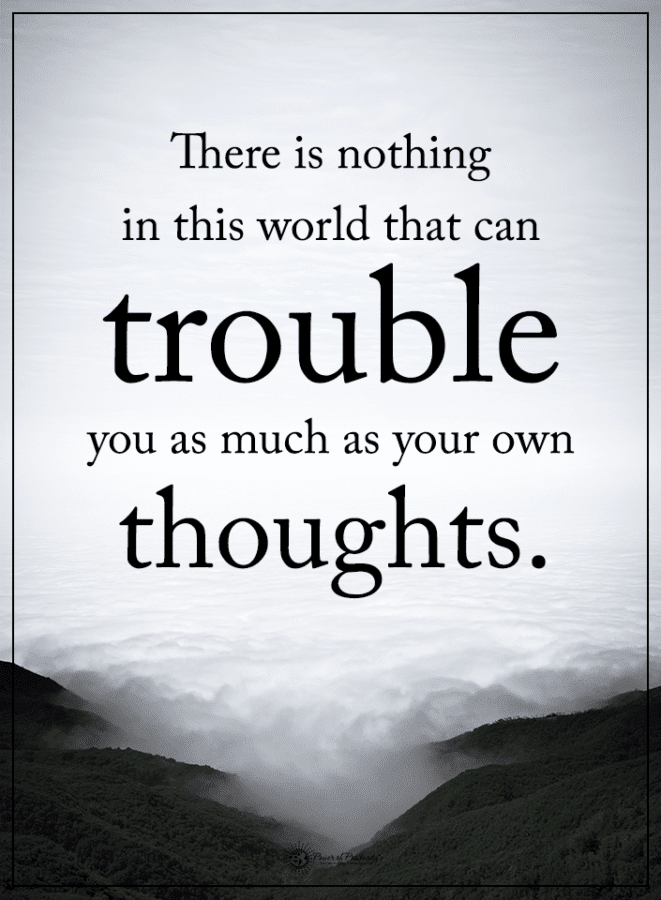 People with anxiety, particularly those with social anxiety, have a very real fear of what people think. This translates into them either being people-pleasers or taking extreme measures to avoid contact with people to sidestep any negative interactions. At its core, anxiety causes the sufferer to think of the worst-case scenario at all times, which means the person will attempt to avoid the perceived threat, therefore, avoiding the anxiety.

However, modern life requires us to face certain obstacles daily, such as dealing with people, which might trigger an anxiety response. Unfortunately, many people with anxiety are very hard on themselves and constantly second-guess their own work.

The solution: Alicia says “If the occasional reaction or feedback I get is negative, it’s not the end of the world and is typically something I can learn from. I also remind myself that when something I’ve done wrong is pointed out, it’s usually fixable rather than a catastrophe.”

In other words, second-guessing themselves. Anxiety makes one think and rethink about what was said, what was done, what wasn’t said or done, and plays in a loop in one’s mind until it drives a person crazy. Self-doubt easily takes over, especially when faced with a big work project or anything where a person’s abilities are put on display.

The solution: Remember to use self-compassion and self-love, and keep in mind that you’re doing the best you can. Don’t be so hard on yourself, because everyone else in the same boat, just trying to survive and do what they can to stay afloat. Make sure to intercept any negative thinking by using positive self-talk such as: “You’re awesome, and I think you’re doing a great job! You’re stronger and more capable than you think.”

Basically, this means you think and rethink of every possible route you could take and every outcome that could result from taking those routes but never end up making a decision. You just sit and ruminate, which paralyzes you from taking any action. This can result in missed opportunities and only increases self-doubt because you can’t trust yourself to move forward with life.

The solution: While there isn’t a clear-cut answer to this problem, we can offer a couple of pieces of advice. For starters, write down all the options you have for the problem at hand. Next, you can then write down the pros and cons of taking any of those paths. Then, you can start narrowing it down once you have a visual right in front of you. Another way to combat analysis paralysis might be to just try out a few of the outcomes first-hand. Do this before even writing them down. If you don’t like something, you don’t have to continue doing it. But at least you can say you tried it out! 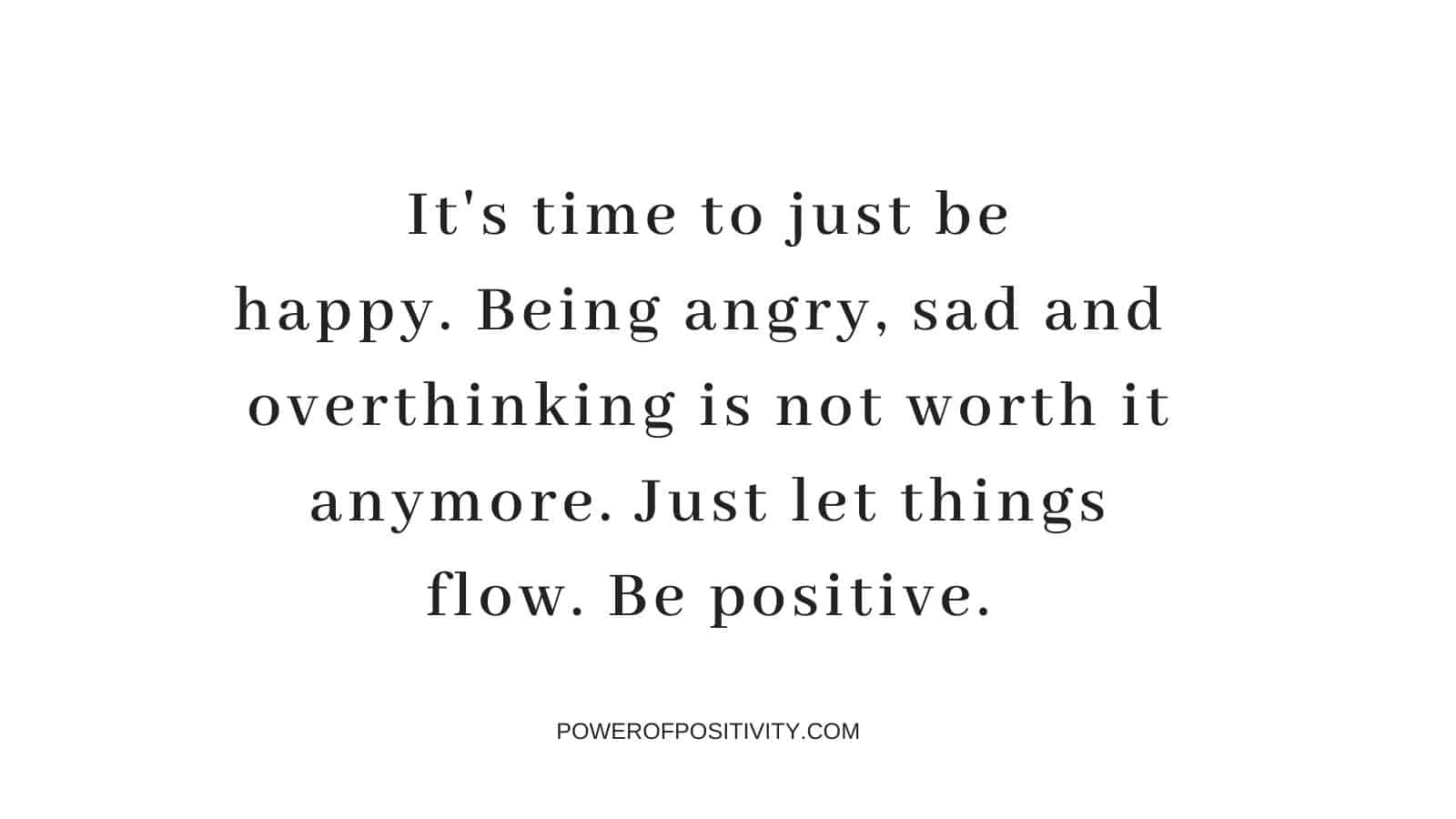 While anxiety might just be ingrained in us, and further exacerbated by modern life. However, it doesn’t have to control our every thought and action. Using some of these techniques can help you get a clearer picture and remove some of the “fog” created by your anxiety. You will gain mental strength and clarity. Remember, you have more control over your mind than you think, and are more powerful than you realize!