Smudging dates back to the times of indigenous tribes in America, and this ritual of using the sacred energy of plants is now available to anyone who wants to try it out in their own lives. Native Americans actually called this practice the “Sacred Smoke Bowl Blessing,” and would place herbs and resins in a special bowl, light them, and call upon the spirits within the plants to cleanse a space, person, or object.

In today’s fast-paced world, we now have more portable options, such as smudge sticks. Smudge sticks are made of bundles of dried herbs bound together by a thread. You still light them and set an intention for the practice, and you can take them with you wherever you go. If you sense bad energy in a new place, you can simply pull out a bundle of sage or whatever herb you prefer, and begin the healing ceremony.

Everything on this planet vibrates with a subtle energy, and we have the power to transform this energy based on the own frequency we emit. If we have the intention of spreading love and compassion, and healing the Earth along our journey, then we can literally change the vibration of the planet over time.

To get a better idea for the power of plants, ancient tribes have used smudging for such purposes as:

You might have heard more about smudging in recent times, but it’s hardly a New-Age idea. People have been using this method of healing for thousands of years in order to cleanse energy and keep connected to Mother Earth.

Not to mention, one study even proves the benefits of smudging. According to a landmark study done in 2007, medicinal smoke can completely eliminate adverse bacteria from the air within a confined space. The study cites:

“We have observed that 1 hour treatment of medicinal smoke emanated by burning wood and a mixture of odoriferous and medicinal herbs (havan sámagri=material used in oblation to fire all over India), on aerial bacterial population caused over 94% reduction of bacterial counts by 60 min and the ability of the smoke to purify or disinfect the air and to make the environment cleaner was maintained up to 24 hour in the closed room. Absence of pathogenic bacteria Corynebacterium urealyticum, Curtobacterium flaccumfaciens, Enterobacter aerogenes (Klebsiella mobilis), Kocuria rosea, Pseudomonas syringae pv. persicae, Staphylococcus lentus, and Xanthomonas campestris pv. tardicrescens in the open room even after 30 days is indicative of the bactericidal potential of the medicinal smoke treatment. We have demonstrated that using medicinal smoke it is possible to completely eliminate diverse plant and human pathogenic bacteria of the air within confined space.”

So, not only does smudging help with cleansing negative energy, it also eliminates harmful bacteria from your immediate environment! Of course, no studies exist to prove the expelling of negative energy, but that’s something you have to feel on a personal energetic level. Many people, however, can attest to the feelings of peace and positivity they feel after smudging their living or work space.

Smudging can also help you to feel more connected to the Earth from the simple act of touching and burning the plants. Many people lack a direct connection to the Earth, so smudging can certainly help you to gain energy directly from nature, as we used to do before modern times.

How To Make Smudge Sticks 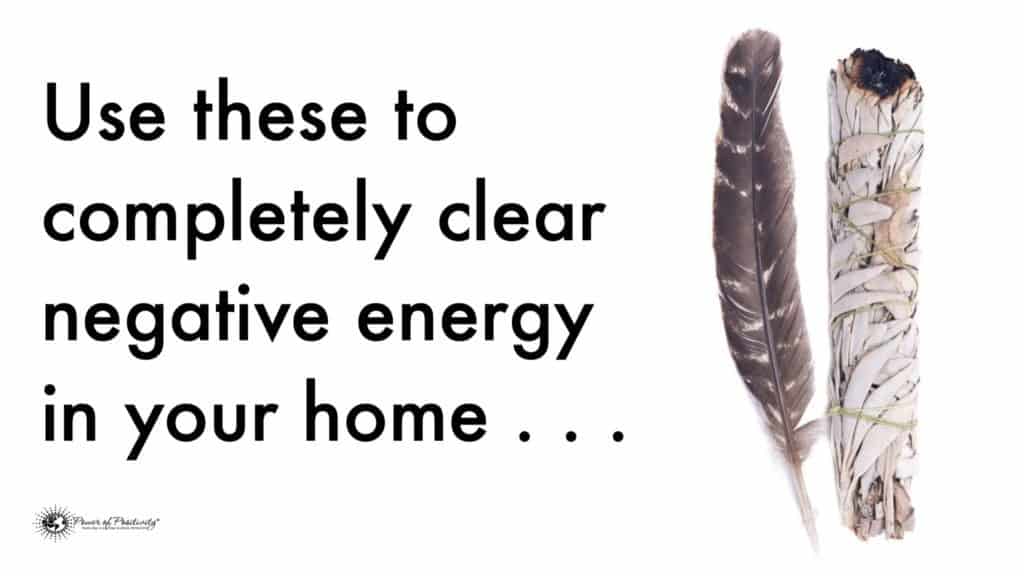 You can either buy smudging sticks at a local natural shop, or make them yourself. To make them, you’ll simply need to cut the plant material of your choice into sticks about 7-10 inches long. Then, measure a piece of thin cord or thread that’s 4 times the length of the cut branches. Bundle the branches together, and then start wrapping the thread tightly around the base of the bundle. You want the tips of the branches to point down. Slowly make your way toward the tip of the branches while wrapping the cord around the bundle and pressing the branches together firmly. Work your way back toward the base, and then tie the cord together. You can trim the edges if you prefer, but this step isn’t necessary. Set the smudge stick out to dry for 7-10 days.

Plants to Use For Smudging

The following list is a sample of plants commonly used in smudging:

First, you’ll need to light the tip of the smudge stick. Once it has a nice flame, blow it out so the smudge stick is smoking. To catch the ashes, bring along a bowl or other fire-safe container. Then, you simply set your intentions, and fan the smoke around the room or person you’re cleansing using either a feather or your hand.