If you have elevated blood pressure, you probably consume a low-sodium diet as part of your lifestyle.

Sodium gets a bad rap, but it’s not all bad. It’s an essential mineral for your body’s health. Commonly found in table salt, it flavors and preserves foods, makes brines.

Unfortunately, it’s easy to go overboard with your sodium intake. Too much sodium isn’t healthy, especially for your heart. This reason is why so many people are choosing a low-sodium diet. So, how does a low-sodium diet improve your heart health?

Sodium is a necessary mineral for your body. It maintains the fluid balance in your cells and adds electrolytes to your body. It also supports the movement of your nerve impulses, aids your muscles to contract and relax, and aids your digestion, plus maintains your blood volume and blood pressure. 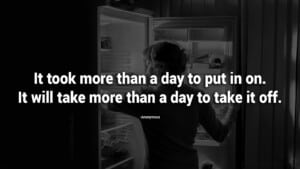 How much sodium do you need?

But eating enough sodium isn’t usually a problem, because today most Americans eat way too much sodium in their diet. Dietary guidelines suggest you should consume between 1500mg to  2,300 mg or one teaspoon of sodium per day, but the typical American eats at least 3,400mg or more of sodium.

High sodium and your health

Overeating sodium leads to high blood pressure, heart disease, or stroke. Consuming too much sodium can even affect your brain and cause calcium loss in your bones.

Studies have found that adults who chose to reduce sodium levels in their diet had lower blood pressure, less risk of stroke or heart disease. Overall, a low sodium diet is a healthy choice.

Eating low sodium improves your health, but where do you begin?  Here are some simple steps you can take to start eating less sodium.

Adding salt to your food isn’t necessary. Many foods already contain sodium, so you put your salt shaker away, and you’ll instantly lower your sodium intake.

4 – Change up your recipes

When you’re cooking, cut the recipe’s recommended salt level in half. This way, you get the flavor, but less sodium.

If you buy canned veggies, rinse them off before using them in your recipes. Rinsing removes as much as 40% of the sodium from the vegetables.

Lemon and lime juice or vinegar adds a zesty flavor that mimics salt. Use these in soups, marinades, stews, and sauces.

8 – Read the labels on your groceries

Another way to eat low sodium is to exchange high sodium foods for their lower-sodium alternatives. Here are easy to make sodium choices to incorporate into your everyday diet.

Choose low sodium bread, rolls, and tortillas. Bake your bread or rolls. Many easy recipes aren’t that hard, and don’t take too long to prepare.  Make your tortillas. It’s not as hard as you might think. Here is a simple homemade tortilla recipe.

Choose low sodium chips, pretzels, unsalted nuts, and snacks. Foods like fig bars, ginger snaps, popsicles, sherbet, and hard candy are lower in sodium. Instead of buying microwave popcorn, pop our own in the microwave. 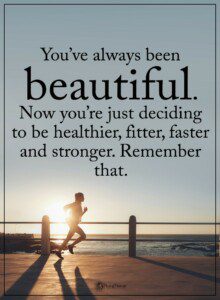 Final Thoughts on improving your health with a low-sodium diet

While you’re young, make it a habit to

Today’s American diet is full of sodium. It’s a silent killer that causes heart disease, strokes, and even brain problems. If you start eating lower sodium while you’re young, you can save yourself many health problems later in life.

Begin with some simple steps to lower your sodium intake. Be a label reader, and find healthy alternatives to your favorite things that contain loads of sodium. Whipping up something on your own is also a great way to reduce sodium levels. Small steps matter. Don’t wait until you have a heart problem to start eating low sodium.

Be creative with cooking recipes, cut the levels of salt they recommend, or add flavorful spices, lemon, or lime juice to your recipes.  In no time, you’ll find that you’re eating a low-sodium diet without ever missing it.