The food we eat contributes to the good and bad sides of our health. If you eat good food, you gain benefits. If you eat bad food, your health suffers in the long run, and you’re more at risk for diseases and disorders that could shorten your lifespan. Therefore, it makes good sense to eat foods to increase your heart health.

One of the most important organs to care for when it comes to the food you eat and the beverages you drink is your heart. A lot of things contribute to heart health, from artery width to blood pressure, and when these factors are thrown out of whack, your heart may wind up suffering for it.

Given the fact that the heart is responsible for keeping your body alive, it’s no surprise that caring for your heart health through your diet is very important. Eat the wrong foods, and your heart could wind up calling it quits sooner than you’d like, and no one wants that!

Unfortunately, there’s a lot of conflicting information out there about what helps the body and what harms it. With all the data you read and process, it’s tough to tell what you should listen to – but keep your positive thinking and listen to the experts! Here’s how cardiologists and dietitians explain five foods that are bad for heart health.

Processed meat of all kinds typically has a lot of saturated fat, and even low-fat options can’t escape a large amount of salt used in their creation.

There are some arguments to be made about whether or not Rotisserie chicken is, in fact, a kind of processed meat at all. But the truth remains that this precooked meat is usually packed with sodium and saturated fats. And you can’t control the way it’s cooked, so you have no idea what’s in it!

A majority of the calories in bacon come from a component that is notoriously bad for the heart: saturated fat. This can bump up harmful cholesterol levels in the body, increasing the risk of stroke, heart attack, and other issues. The preservatives used in bacon are often equally risky to consume.

Sausages are in the same boat as bacon. They’re packed with saturated fat, and there’s a ton of sodium present in low-fat options, says Essential Nutrition For You owner and Master of Public Health Rania Batayneh.

A lot of deli meats have sodium nitrate, which is a kind of preservative present in even the low-fat varieties of common cured meats. According to Fisher Nutrition Systems founder and Licensed Dietitian Nutritionist Suzanne Fisher, nitrates can add to internal inflammation. This kind of inflammation is not of a positive variety and can potentially lead to atherosclerosis. 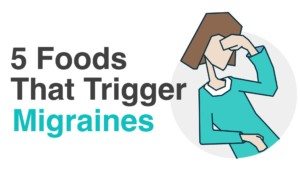 2. “Healthy” Foods That Are Poor for Heart Health

A lot of foods marketed as healthy are just that – marketed foods, trying to be sold by companies and businesses that are eager to entice the health-conscious crowd. Unfortunately, these foods often have hidden components that make them bad for your heart health. Here are some to be wary of:

Plain Greek yogurt with no flavoring is healthy, but fruity varieties of yogurt are often packed with lots of sugar. Fisher says that sometimes, this can be as much as six teaspoons’ worth or more!

Energy bars are often used as meal replacements, and some are healthier than others. But a sizable number of them are often highly processed, packed with sugars, preservatives, and flavorings that do more harm than good.

Green juices are a bit of a staple in health communities, but a lot of green juices that you can buy from restaurants or shops have at least two servings in each cup, and that adds to sugar and calories.

Most people don’t need more than water to rehydrate themselves. The belief that anyone who exercises needs their electrolytes to be replenished is entirely false – only athletes who work out a lot need them at all! Sports drinks are packed with a lot of sugar, and some even have more than the daily recommended intake.

Though touted as a healthy breakfast food, granola actually has a lot of calories and a lot of sugars, says Fisher. Whole-grain cereals with low sugar are better options, and oats are excellent, too.

Some people turn to diet soda for a calorie-free “healthy” alternative – but it certainly isn’t one! A lot of research links soda, whether it has calories or not, to heart disease, often due to chemicals or artificial sweeteners, says cardiology associate professor and St. John Episcopal Hospital chief of cardiology Dr. Regina Druz. Some research also shows that those who drink diet soda may eat more as an overcompensation method.

Smoothies do sound healthy, but they often come in large servings and have lots of sugar in them. Make sure you know what’s going into your smoothies first, and don’t forget that eating fruit gives you more fiber than drinking them. These fibers can help balance out blood lipid levels that keep your heart healthy, says Fisher.

We’ve mentioned a few times already just how bad sugar can be for the heart. For a long time, we believed fat was the culprit, but that turned out to be due to the fact that a lot of research surrounding heart disease was funded by the sugar industry back in the day – which is a surefire, positive way to guarantee some iffy science. Here are some sugary foods that wreak havoc on your heart:

All kinds of candy affect the heart negatively, from hard candies to gummies. In fact, did you know that a majority of Americans consume over 10% of their daily calories just by eating candy? They also have a higher risk of cardiovascular disease.

Some cereals are healthy. Some have more than 8 grams of sugar in a single serving, especially if they’re low-fat. Sugar is more of a risk to you than fat is, says Batayneh.

Ice cream has plenty of saturated fat and sugar, and the big calorie counts that come with each serving don’t help matters, either. Heart attacks can even occur as a result of the increased triglycerides in your body from ice cream!

Pastries such as donuts, cakes, and similar products have lots of white flour, fat, and sugar, and they can even boost the risk of trans fat transportation. Trans fats bring down positive cholesterol while bringing up harmful cholesterol.

Did you know that around half of the sugars that the average American eats in a day come from beverages? Soda is a big player in this field, and your risk of stroke and heart disease both increase when you drink these sweet drinks daily. 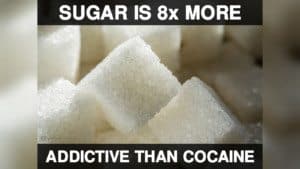 A hidden source of harmful components for the heart lies in dressings, sauces, and dips. You may not realize how much sugar, salt, and saturated fat exists in some of your favorite seasonings. Here are some that may surprise you:

A lot of barbecue sauce has heaps of sodium in it. There are some options with less sugar and less salt, but you can also try making your own for exciting results.

Reduced-fat dressings usually don’t taste the same as their fatty versions, which means that more sugar has to be added to maintain the flavor. Fisher adds that something that is low in calories or fat is not necessarily healthy or good for the heart.

Marinara sauce and similar pasta sauces have lots of sodium and sugar in them. You can typically find low-sodium alternatives, but making some yourself is also a good idea.

Ketchup is a classic condiment, but according to cardiologist and Univision Network chief medical correspondent Juan Rivera, it’s packed with sodium. In fact, ketchup has 14% of the American Heart Association’s daily recommended intake of sodium in just two tablespoons. Those tablespoons also hold 8 grams of sugar!

According to studies, individuals who consume a lot of fried food on a regular basis are at higher risk of passing away due to heart and artery diseases. This alone is more than enough to tell you that fried foods don’t have a lot of positive effects on your health. Here are some fried foods to avoid:

Fries are about as fried as food can get! Potatoes on their own have a lot of components that contribute to hypertension and diabetes risk. Adding a fried factor to them – often with lots of salt to top it off – further worsens that risk.

Fried chicken, due to the way it’s cooked, holds a lot of trans fats, says Batayneh. Trans fats are easy to reuse when frying foods, which is why they’re so popular, but there have been moves taken to reduce their usage.

Pizza in itself, as a white flour dough, has plenty of reasons to get your heart in trouble. But add toppings like processed meats (such as sausage and pepperoni), cheeses, and pickled vegetables can make up more than half of the recommended daily sodium intake!

Just like fries, potato chips already have a terrible start just by being made from potatoes. Higher servings of potato chips contribute more to weight gain than all other varieties of food, and that’s not surprising given the shocking calorie counts many of them hold. 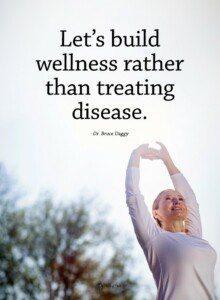 Final Thoughts On Some Foods That Are Bad For Heart Health

A lot of typically unhealthy foods for the heart are no-brainers, but they still bear repeating, and they’re warnings that should be taken seriously. Does this mean you can never have a treat of fried meals again? No, but it does mean that you should limit your consumption of candies, fried goods, processed foods, and other similar products.

People often make the mistake of thinking that genuinely healthy food doesn’t taste good – but it can! So put on some positive thinking and work on correcting your diet. You’ll feel much better, and your heart health will thank you!