People have been trying to figure out the mystery of weight loss for decades, and because of all the misinformation out there, choosing what diet to go on can seem overwhelming and confusing. Should you choose the Atkins diet? The paleo diet? The low-fat or the low-carb lifestyle?

How about the keto diet? These are only a few of the most popular programs, but if you do a simple online search, you’ll find hundreds more claiming to have the secret to losing weight and getting healthier.

Low-fat and low-carb diets are all the rage now, but do either of them make a difference in your overall health? Below, we’ll go over the results of a groundbreaking study that could change the future of dieting in general.

Here’s why there’s no difference between low fat and low carb diets:

Scientists have been researching the best diet for humans for decades, so by now, you would think we would all have an answer on how we should be eating. However, we at least know how we shouldn’t be eating based on the findings of the research in a study testing low fat vs. low carb diets.

The study found that neither low carb nor low-fat diets are the answer to weight loss.

Indeed, a recent year-long study conducted by Dr. Christopher Gardner of the Stanford University School of Medicine along with the US National Institutes of Health (NIH), the Nutrition Science Initiative (NuSI), and a team of nutrition experts, found that people lose about the same amount of weight whether they follow a low carb or low-fat diet.

So, neither diet works better than the other one. This logic makes perfect sense because some people try one diet and don’t lose weight, while someone else might try the same diet and lose weight. Weight loss is complicated, and there is no one-size-fits-all answer.

The study observed 600 participants ranging from 18 to 50 years old for a year. Half the participants were men, and half were women; all were overweight or obese, but none had any other health problems. At the beginning of the study, the participants consumed either a low-fat or low-carb diet.

During the study, both groups attended regular nutrition classes where they would learn how to eat sustainably. Health educators would tailor the sessions to fit either diet but counseled both groups on how to eat whole, healthy foods.

The researchers did not give participants specific calorie goals, instead of encouraging participants to go to the farmer’s market regularly, get enough exercise, and cook at home more often. Reports that the participants filled out showed that the average person cut their calories by 500 per day.

After a year following the end of the study, results were inconsistent. One participant lost 60 pounds while another gained 20. However, participants lost an average of 13 pounds as a whole no matter the diet they followed.

The study’s leaders also performed genome sequencing and a baseline insulin test on the participants before the study. These markers would help the researchers identify factors that would determine how well a person would respond to low fat or low carb diet. About 30 percent of participants had genetic markets that the researchers believed indicated that they would respond better to a low-fat diet. Forty percent showed a better genetic response to low carb diets.

However, the markers didn’t correspond with any of the participants’ weight loss results or contribute to their success in any way. Gardner says he still plans to analyze the data further to study possible markers that could influence a person’s weight-loss success. He still believes that weight loss is highly personalized and that people would have better results if they knew what their bodies responded to best.

All calories are not made equal

One crucial factor that might have influenced the study’s results was the quality of food that the participants ate after the study ended. For example, on a low-fat diet, you could eat processed foods and still reach your goals for the day; on a low-carb diet, you could eat hot dogs and sausage and even reach your carb goals. In other words, participants might not have made the best choices after the study was over because they had more freedom to choose what they ate.

The researchers guided participants in making healthier choices and counseled them before the end of the study. Afterward, however, they had no say in what participants chose once the year was up. The critical information gained from the research shows that following a mostly whole-foods diet with treats in moderation is the sustainable choice. When people focus on eating healthy, the majority of the time, unhealthy food is eaten in moderation won’t do as much damage.

Diets don’t work, in general, because they are too restrictive and lead people to binge on unhealthy foods when their weight loss program is over. The best way to maintain weight and health is to eat in moderation. So This way, your body doesn’t think it’s starving, which can lead you to make unhealthy choices.

The study also shows that quality is more important than quantity. In fact, no guidelines were officially set regarding calorie intake. Our bodies naturally tell us when we are full. Because today’s processed foods lack nutrients, they fail to satisfy our hunger. So, eating whole foods will help retrain our bodies to regulate our hunger response.

So, what diet should you choose?

No single diet is the best option.

This study showed that following either a low carb or low-fat diet can be successful. The catch? Eat mostly whole foods, exercise regularly and have treats in moderation. The most important thing to do is to improve your relationship with food. Also, make healthier choices overall rather than restrict yourself to only certain food groups.

In fact, participants told Gardner that their relationship with food had improved. He remarked, “… now they were more thoughtful about how they ate” after one year of nutrition classes.

Nutritionists agree that following a restrictive diet plan generally does not work long-term. This is because your body becomes dulled to hunger cues due to developing a strict plan. This can interrupt the body’s intuitive ability to know what type of food it needs. It can also affect the body, knowing how much of that food it needs. This also makes the body crave the “off-limits” food even more, simply because you can’t have it. 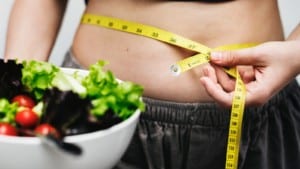 When the diet is over, you naturally want to eat things you haven’t touched in a while. Your body was likely starved of the nutrients those foods have. For example, if you follow a low-fat diet, you’ll crave cakes, burgers, and ice cream due to the high-fat content. You won’t want healthier options that have fat. In fact, the body is designed to go for the option with the highest density of fat, carbs, or protein possible.

So, the best thing to do is to listen to your body and eat in moderation. If you do this and follow a regular workout routine, you will likely see results. Think in terms of lifestyle rather than dieting to make it sustainable in the long-term.