Snacking. It seems like we humans are continually putting something in our mouths. When you are on the go all the time, you may feel as though you are eating something almost every second. But your wellness often boils down to choosing the right snacks for your low carb diet.

Whether you’re driving carpool, taking your little ballerina to a recital, or cheering on the sidelines of a soccer game, parents on the go share a problem. That is, they tend to put the kids first and neglect their own diet goals.

But here is the good news. Snacking is a normal part of a healthy diet. You have to know how to snack, and you have to understand what consists of a tasty, healthy, nutritional snack. Poor choices in meals will not provide you with enough energy, and can even make you a little, well, fluffy.

Most adults over thirty remember the government’s promotion of the Food Pyramid. It has evolved a lot over recent years, and now it is called “My Plate.” The changes were made so that less emphasis was made on servings and more on portions. Snacks are included but are required to remain within the portion control size recommended.

Furthermore, for those who carry their weight in the middle, or for those with pre-diabetes or diabetes, low carb snacks are highly recommended. That is not the most natural thing in the world to do if you are always on the run. However, if you plan ahead and create some low carb snacks on the weekend, you should be good to go for the rest of the week. Here are suggestions low carb snacks that are easy to make and are really good for you too. 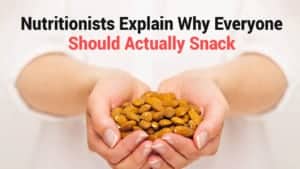 Strawberries, surprisingly, are the perfect low carb snack. They do not require a lot of prep work either. Trim the leaves and stems, wash the berries, and then put them in a little snack travel container.

They fit right into your “My Plate” meal guide since two fruits are recommended daily. One cup of fresh strawberries with a little artificial sweetener to taste is between eleven and thirteen grams of carbs, depending on whether you pack the whole berries or slice them. Other low carb snackable berries include raspberries at six carbs for a cup and blackberries at eight carbs per cup.

With all the sweetness apples have, you would think they would be off-limits. They are not. They contain between six and ten grams of carbs for one whole sliced apple, which is on par with the berries mentioned above. 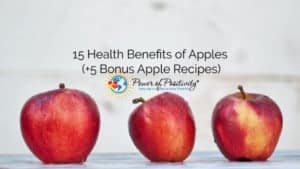 If you love the snap, crunch, and taste of yellow and green wax beans, buy some from a farmer’s market when they are in season. Wash them thoroughly, and turn them into one-inch crunch sticks. The mix of yellow and green makes for an attractive low carb snack at eight carbs for a cup.

When you want a very colorful and enticing low carb snack, bell peppers cut in strips are a great option. You can buy a three-pack of these peppers in the grocery store. The pack contains one red, one yellow, and one orange or one green pepper. Core the peppers, slice them into vertical strips, mix the pieces in a bowl to get a variety of colors together, then portion out by a single cup (or four pieces of each color). Your rainbow snack is only four carbs for each one-cup serving. 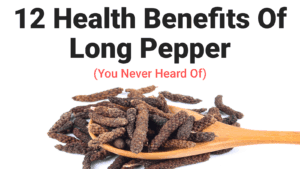 Sure, you could spend an hour chopping larger carrots into sticks or bite-size rounds, but it is just far simpler to buy a bag of baby carrots. These miniature carrots have a slightly sweeter and more pleasant taste than their bigger family members. Three ounces, or a quarter cup of baby carrots, has about seven grams of carbs.

This three-ounce serving also counts as one serving/portion of vegetables on your My Plate. Carrots of any orangey kind contain two key nutrients your body needs, too. Beta carotene and vitamin A are essential to eye health, lung health, and possibly cognition function in older adults. This low carb snack works for the DASH diet too.

Lettuce, especially romaine and iceberg, are very low carb snacks. When you use the large leaves in place of bread (which is a high carb), then you can create lunchmeat rollups. Lay a lettuce or even kale leaf flat. Place a single slice of lunchmeat over the top of that. Roll it up and tuck it with a toothpick. Lunchmeat with no preservatives has zero to two carbs a slice, and the lettuce or kale is zero.

Yes, there are low carb snack nuts! While peanuts and peanut butter are off the menu for a little while, you can enjoy other snack nuts. Brazil nuts have the least amount of carbs, followed by pecans, macadamias, and walnuts. If you cannot eat nuts without a little salt, buy the lightly salted ones to avoid excess sodium in your diet.

Cheese sticks, such as mozzarella/string cheese, and cheese curds, such as the very fresh ones sold in Midwest grocery stores, are low in carbs, too. You still have to portion out what you eat, but cheese sticks that are wrapped individually make it very easy. If you are lucky enough to try cheese curds, a quarter cup is all you need to satisfy that craving for a mildly salty, cheesy, and squeaky snack.

If you are a lover of potato chips, a low carb replacement option is kale chips. At first, these might not sound that appetizing, but once you taste them, you can get into it. There are a few different flavors on the market, too, so you will not miss your potato chips at all.

As long as you pick a low sodium version with no nitrates or nitrites, cubed snack meat can be a delicious snack. A lot of grocery stores now sell cubed meats such as ham, turkey, and chicken. These all contain zero carbs, plus they are pure protein, perfect for post-workout snacks, or for the kids when they finish sports practices.

Sushi is generally not a low carb food because of rice and nori paper. However, a type of sushi, sashimi, is low carb because there is no rice or nori involved. It is generally just raw fish or partially cooked fish. Kids who want to be chic and eat sushi can have sashimi as a low carb option instead, and you can enjoy it too. Just keep it in a cooler when you transport it around with you.