For centuries the long pepper has been used as one of the spices in cooking. Long pepper contains various nutrients such as fats, proteins, sugars, carbohydrates, calcium, vitamins C and A, dietary fiber and sodium ions. Long Pepper has a strong spicy taste that adds taste to food. The spice grows as a fragrant plant containing hairy branches. All its parts are used for various benefits for human consumption and health wise. Pepper fruits are small with alkaloid piperine.

Long Pepper is used to treat a variety of cold symptoms such as headache, mucus, fever and cough. It is best provided as a homemade cold treatment as a remedy of the mentioned cold symptoms.

Diabetes is a phenomenon especially for people who have difficulties in blood sugar regulation. Pepper regulates the amount of glucose that is released into the blood. Unregulated blood sugars can cause diabetes. Therefore, prevention of diabetes is one of the Long Pepper benefits in the human body. Regular consumption of this food spice also boosts the rate of insulin production in the body. It can prevent all types of diabetes that affect human.

Regular consumption of pepper can control allergies such as asthma. The piperine element in this plant helps in relieving multiple allergies. Presence of Pepper elements in the body causes the decongestant effect that helps to treat allergies that cause respiratory disorders in the body. Additionally, the spice effects the reduction of frequency and intensity of asthma attacks.

Most of the health problems originate from the foods that people eat. Having a weak digestive system can cause imbalanced nutrients levels in the body. Amoeba is one of the common parasites that reduces the functionality of the body’s digestive system. Pepper spice treats digestive disorders such as heartburn and nausea. The element also increases the rate of digestive metabolism causing smooth digestion of food. It achieves this through enhancement of digestive enzymes secretion. Moreover, pepper helps the digestive system to avoid chemicals that endanger the body by producing carcinogenic products.

Cancer is among the deadliest diseases around the globe. It has claimed the lives of many heroes and heroines in different parts of the world. Researchers have spent sleepless nights to look for ways to combat this enemy of life. Research shows that pepper contains Piperingomerine that act as an anti-cancer. The element slows down the growth rate of cancer cells by cutting off the energy supply to the cancer cells hence making them experience self-destruction. However, the ability of the Pepper to prevent cancer is subject to more research.

A considerate number of men and women suffer from various disorders of the reproductive system. It is painful for a couple to live childless keeping it in mind the kind of joy that a baby brings to the family. Pepper is among the known aphrodisiacs that are responsible for boosting the functionality of the human reproductive system. It also stimulates sexual capability in both males and females.

Overweight is one of the disorders that are common in the world today. People use various approaches and medication methods to reduce. An overweight person is prone to different health difficulties that can be minimized through treating obesity. Losing weight is among the Long Pepper benefits. The spice is combined with honey to treat victims of overweight. The piperine in the plant causes increases in thermogenesis in the human body. Increased thermogenesis boosts the rate of heat production through oxidation hence reduction of body fats. In addition to that, Pepper helps to improve the bioavailability of nutrients in the body such as amino acids, pyroxide B6, beta-carotene, glucose and curcumin selenium. These nutritive elements help in boosting the metabolism in the body. 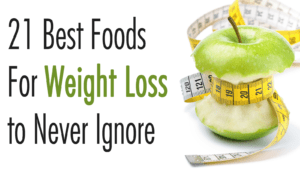 Insomnia is the strange lack of sleep. People who have insomnia can get help by regular consumption of Pepper. Treating health disorders of lacking enough sleep is one of the best Long Pepper benefits. In most cases, people have insomnia as a result of stress. Pepper reduces the stress that causes insomnia conditions.

Another Long Pepper benefit is its ability to strengthen the body’s nervous system. According to some research studies, the fruit of this plant produces piperine that helps in improving the brain’s memory power. Consequently, the working of the nervous system that originates from the brain is optimized. When you have an enhanced nervous system, the risks of getting neuro illnesses such as Alzheimer is minimized.

Pepper helps in treating an overworked liver by eliminating the toxins that could be in the organ. By doing so, the liver works lightly, and the risks of developing liver disorders such as Hepatitis is significantly reduced.

Long Pepper has a list of health benefits in the body. Consider adding it to the list of your food spices and consume it regularly for better results.