It is no secret that the world loves its electronics, but that love is fleeting, and e-waste is quickly becoming a problem of epic proportions. Every year, the world produces between 20 and 50 million metric tons of e-waste. Due to an increase in electronic production and shorter product lifespans, the National Institutes of Health expects electronic waste to increase.

Electronic waste, or e-waste, is all of the electronic devices and accessories that people discard when they are no longer useful. The most common types of e-waste include:

The thought that humankind stacks all of the world’s used cell phones, game controllers, and other devices in a vast heap is almost incomprehensible. The scale of it is just immense. When people throw most things away, we typically deem the items in question as broken or unusable.

The world of electronics is exceptionally dynamic. Indeed electronics companies are always working on the next big thing. Many products are practically obsolete the moment they leave the shelf, and this results in people throwing away perfectly viable devices. This consumerism is the main reason that e-waste is increasing globally.

Hazards of e-waste in landfills

The waste from used electronics presents several risks; it affects workers, the world economy, and the planet at large. The current handling of used electronics poses dire threats to the quality of life and resource sustainability.

Once it arrives, the e-waste undergoes a battery of hazardous recycling methods.

The Basel Action Network (BAN) is tasked with monitoring the world’s e-waste. BAN’s Executive Director, Jim Puckett, referred to the recycling of e-waste in China as a “cyber-age nightmare.” He also stated that workers are regularly exposed to dangerous fumes from the heating tin, lead, and flame retardants.

E-waste recycling in India is no better. A writer for the National Institutes of Health called the country’s recycling sector “medieval.” The toxic components of many electronics make their disposal problematic for developed and developing countries alike.

Ideally, recyclers should break electronics down, isolate all useful materials, and extract them separately. “That’s how it’s done when you don’t dump it offshore,” Puckett said. Presently, though, Puckett compared current practices to people “cooking printed circuit boards.” Without using mechanical shredding and high-tech separation techniques, the pollution caused by merely melting down electronics is extreme.

Pollution caused by e-waste take a toll on human health

The gradual impact of pollution can make it easy to ignore, but it is one of the biggest threats to the modern way of life. Indeed, pollution connects to all sorts of nasty things. Recently, scientists linked pollution, including pollution caused by e-waste, to health problems such as:

In addition to physical health problems, scientists speculate that pollution from electronic waste affects human intelligence. Researchers also claim that exposure to outdoor pollutants contributes to approximately 4 million deaths every year. Clearly, this is a trend the world should focus on changing. 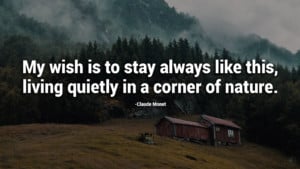 As though impending doom is not reason enough, the current handling of valuable materials in electronics is shamefully wasteful. Some of the materials people are wasting en masse are those of the future. Lithium, for example, might soon assume a huge role in energy soon. But we often overlook it, discarding it instead.

Lithium could also play a key role in staving off climate change, and even President Trump admitted it was “vital to our national and economic security.” It is essential to understand that lithium, even if currently plentiful, is a finite resource. It takes millions of years to form, and we cannot renew it one we use it.

Most people probably know that lithium-ion (Li-ion) batteries are everywhere these days, but the sheer numbers would surprise them. In 2020, China is expected to produce 500,000 metric tons of e-waste in Li-ion cells alone. That equates to about 1 billion pounds. Analysts predict that by 2030, China’s used Li-ion batteries will increase by 400%.

Electric vehicles quickly crowd the landfills and scrap yards around the world. As such, scientists estimate that the world’s demand for lithium, so much of which is already lying in landfills, will increase by 300% in the next decade.

1 – The not-so-small matter of cost

Cost is the biggest hurdle when it comes to responsible recycling of e-waste. The countries that import electronic waste for recycling are primarily absent from regulations on recycling methods or worker safety. The obvious consequence is the cheapest possible means of extracting metals.

Nothing drives up the cost of business like responsibility.

It is true, as Puckett quipped, that recycling is more of a password than a practice. There are no laws in the United States, for example, that forbids a citizen from shipping e-waste abroad for unregulated recycling. Thus, the United States government takes no active role in the safe disposal of e-waste.

The lack of incentive to deal with e-waste responsibly makes environmentally friendly recyclers a rare breed. According to Puckett, there are “about half a dozen” environmentally responsible smelters and plenty of irresponsible ones. Even consumers who think they are doing the right thing are likely just contributing to a cargo container headed overseas.

It is tough for most consumers to be sure that landfills are dealing with their e-waste properly. One of the best ways consumers can contribute is by holding on to electronics as long as they can. We can take action to extend the life of most electronic devices.

One person’s garbage indeed is another’s nostalgia. In fact, some outdated electronics carry quite a bit of value. Used Super Nintendos, plenty of which found their way into landfills, can net even an impatient seller $50 apiece.

A lot of people these days seem to have an aversion to the concept of repair. People often spend up to $1,000, replacing a phone instead of $100 to fix the screen. If people can stretch their electronics for another year or find them another owner, they can help dramatically reduce annual e-waste.