When a kindhearted woman crossed paths with a young man walking to work, she immediately wanted to help. Jayden Sutton, an 18-year-old high school senior from Georgia, walked 7 miles to and from work each day. He hoped he could eventually save enough to buy a car. However, Lavonda Wright Myers intervened and started a fundraiser so he could get his car.

Jayden met her at the local Honda dealership one day, where Lavonda presented him with his new vehicle. The Atlanta resident told Fox News that she first saw the teenager walking to work in the rain last December. Ever since that day, she felt determined to find a way to help him buy a car. Myers said her husband was very supportive in helping her pick out a car for him as well.

She said that the world needs more love, and she wants to help, one person at a time. If we all thought this way, hate wouldn’t stand a chance.

Myers said that on Dec. 10, she saw Sutton walking to work on the side of the road on her way to Powder Springs. She offered to give him a ride to work, and he agreed.

While talking with him, she found out he walked 7 miles to and from work each day. He couldn’t afford Uber rides, so he had to get to work somehow. Walking seemed like his only option until he could save enough money from his paychecks for a car.

After she dropped Jayden off at work, she said his determination and strength brought tears to her eyes. He told her with a huge smile on his face that he walks because he has to. After he said that, she felt a calling to help him with his dream of purchasing a car. She told Fox News that “that’s a child worth blessing.”

The kindhearted woman made good on her promise. 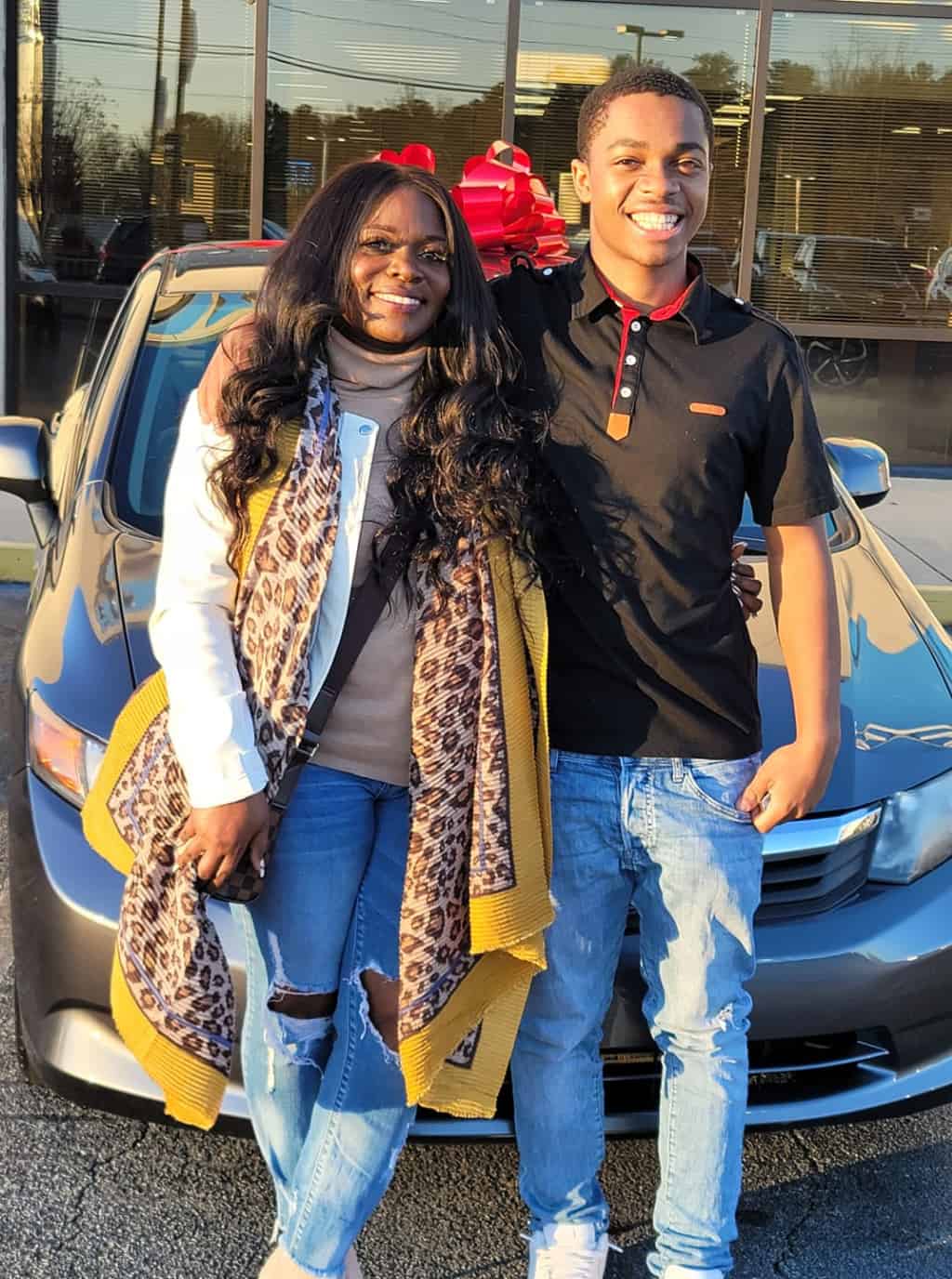 Immediately after their encounter, Myers started a GoFundMe page and shared Jayden’s story. After just two days, $6,365 had been raised toward the purchase of his car. Only a month after Jayden and Myers crossed paths, his dream came true, all because of the kindhearted woman.

She then surprised Jayden with a car at Nalley Honda in Union City, purchasing it with a $7,000 check. Myers added $635 out of her own pocket to pay for the car. The dealership’s general manager agreed to negotiate with her, dropping the price of the car from $7,800.

The local news station in Atlanta was at the dealership to record the special surprise for Jayden. He was totally oblivious to the blessing he was about to receive that day at Nalley Honda. After Myers presented him with his new car, he told her he loved her for the kindhearted gesture. He said, “I just want to thank you so much; you don’t even understand how much.”

Before getting the car, Jayden would get home from school around 3:30 pm each day and then walk straight to work. He worked for 6 to 7-hour shifts at a local restaurant and then walked 7 miles back home. However, he didn’t let it phase him. He told Fox if that’s what it took to buy a car, he was going to do it.

His positive attitude is part of the reason Myers wanted to help him. He walked all that way each day with a smile on his face and love in his heart. Myers also said that the blessing couldn’t have come at a better time for his family. She found out that his mom recently had an accident that totaled her car. Because of the unfortunate situation, Jayden had to walk to work.

A kindhearted woman says the family deserves a blessing. 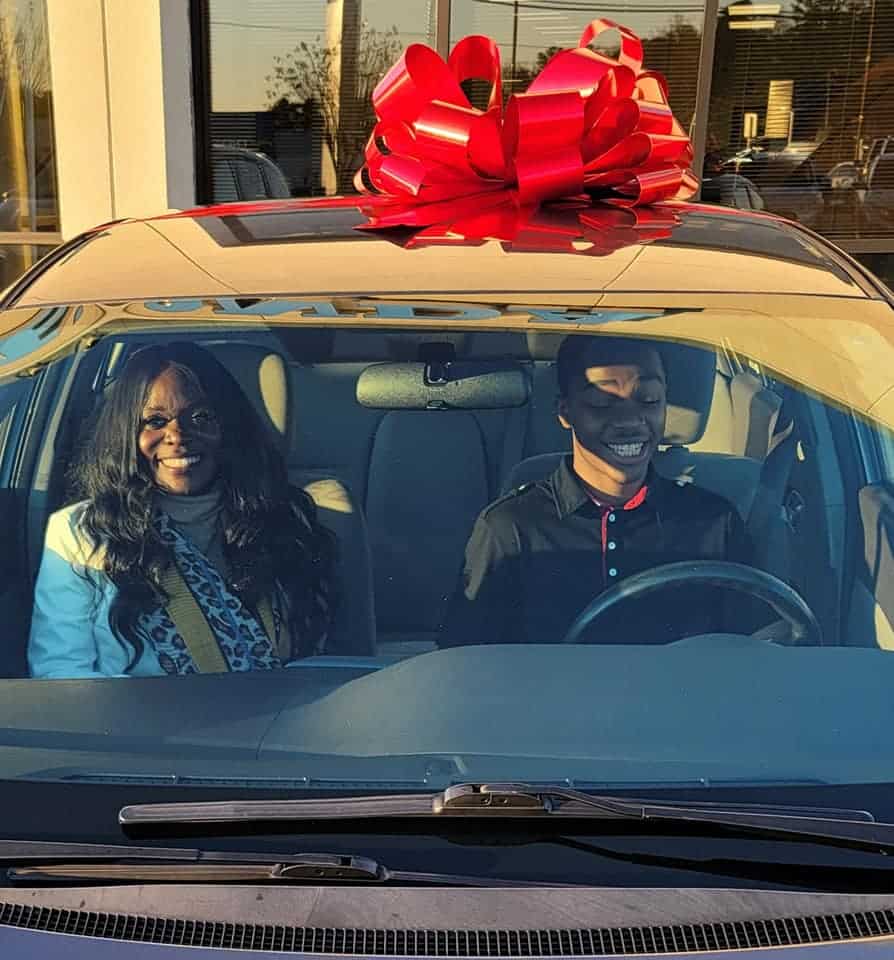 In the caption on one of the pictures captured when Jayden got his car, Myers had this to say:

“God did it y’all. Please know God provides. Jayden, no more walking 7 miles to work after school, young man. God bless everyone that is donating. Entrusting me and God with your seed, I declare a 100 fold return. On Dec. 10, I passed a 12th-grade stranger walking in light rain at the speed of lightning headed to work after school.