Children learn by example, period. How you act, what you say, and personal shortcomings – if done within the earshot or eye line of a child – is prone to replication by your kids.

Unfortunately, far too many parents disregard or downplay the susceptibility of the child’s brain. Out of ignorance, these parents ramble on, curse, and even verbally abuse one another in a child’s presence. Caught up in their own internal world, the adult fails to self-monitor for the sake of the child.

On the flip side, good behavior and speech are just as prone to replication. A child, after all, looks at their parents as role models. “Oh, this is how I’m supposed to talk?” “This is the way I’m supposed to act?.” “Okay, well, if Mommy and Daddy are doing it, it must be right.” Make no mistake, this is how every child perceives their parent’s actions until they know better.

In this article, we’re going to discuss twelve things never to tell your kids. As to gain an understanding of why restraining speech is paramount, we’ll provide a rudimentary discussion on child psychology.

“Early experiences affect the development of brain architecture, which provides the foundation for all future learning, behavior, and health.”

Get this: In the first five or so years in life, the child brain forms over 1 million new brain cell (neuron) connections every second. Every second. Astonishing.

This immense growth helps to explain why these first fear years are so vital to development.  The combination of genes (which “provide the blueprint”) and experience (which “constructs the building”) serves as the mechanism which forms the child’s brain architecture. We will primarily focus on the latter.

Psychologists use the phrase “serve and return” to describe the child-parent interactions that shape the brain architecture of children and infants. An infant or young child “serves” by babbling, crying, or gesturing; the parent “returns” by responding appropriately with eye contact, a hug, and/or words. Or they don’t. Or they “return” in a way that stunts the child’s communication, social skills, and other pertinent functions.

This serve and return relationship is absolutely vital to a child’s development. When adults and parents place importance on this relationship, the child (and parent) benefits. So when parents, for whatever reason, do not, the child is deprived of an environment conducive to emotional and psychological health.

“When adult responses to children are unreliable, inappropriate, or simply absent,” states the Harvard University Center on the Developing Child website, “developing brain circuits can be disrupted, affecting how children learn, solve problems, and relate to others.”

12 Things to Never Tell Your Kids

“The words with which a child’s heart is poisoned, whether through malice or through ignorance, remain brained in his memory, and sooner or later they burn his soul.”

~ Carlos Ruiz Zafón, The Shadow of the Wind

When a child is continuously told to “Hurry up!” they become super sensitive to fluctuations in their parent’s mood. While this may sound rather harmless, psychologists state that aggressively telling a child to hurry causes additional stress.

Instead, you may want to try turning your frustration into a game. “Who can get their shoes on first?!” “Bet I can get to the car faster than you!”. You get the idea.

While telling a child to avoid people they don’t know sounds like good advice, it can backfire. For example, if someone’s nice to your child, they may think that they’re not “strangers” anymore.

Instead, imagine a situation and ask your child what they would do. “If a strange man pulls up in a car and tells you to get in, what do you do?” Another strategy is to issue a wide ultimatum and keep repeating it until the child remembers it. For example, “If anyone ever makes you feel afraid, confused, or scared, you need to ignore them.”

It can be challenging to see our beloved child struggling with something, especially when they’re putting their hearts into a problem. “If you jump in too soon,” says Myrna Shure, Ph.D., and professor of psychology at Drexel University, “that can undermine your child’s independence because he’ll always be looking to others for answers.

Try to help the child by offering some advice or asking a guiding question relevant to the task at hand before jumping in.

Do you really know this? Be careful here. If you unknowingly profess ignorance regarding some unfavorable action, your child may be inclined to try and get away with it again – or something else.

Of course, if a child feels incredibly guilty about something that you know they didn’t do, that’s a different story. By all means, offer comfort and support.

This one is all about empty threats. When your child misbehaves, do you actually turn the car around so that they think twice?

Perhaps a more important question to ask is: why are they misbehaving in the first place? Children misbehave for several reasons, some of which are overlooked by parents.

In early childhood, the concept of self-image is foreign. Babies and young kids don’t think about how they look. How should they judge themselves and others? By how much fat they have? By physical appearance? Or by inherent intellect?

This is the message we’re sending when we complain about being fat, ugly, dumb or any other self-defeating language in front of a child.

A child’s brain develops from the bottom up, meaning that the most primitive brain circuitry (e.g., the amygdala, hippocampus, etc.) comes first. Areas of the brain that control attention develops far later on. In fact, scientists now think that the “rational” part of the brain isn’t fully developed until age 25!

As such, it is crucial to teach the child (a) what attention is, and (b) how to give it.

Woah! A couple of things: (1) it’s a kid, and (2) the language is harsh. While kids can be loud and disruptive, setting the rules and correcting behavior early on can help to avoid this sort of outburst.

Eh, did they? Again, be careful here. Kids are as capable of appearing to “work” hard as adults. If a child thinks they can get away with “making appearances,” they may be tempted to put off challenges under the guise of “trying their best.”

Another thing: even if they did try their best only to come up short, do you really want to equate their “best” with mediocrity? At such a young age, kids are always capable of becoming better.

If a child is precocious, it’s natural to want to praise them for their gifts. We’re proud, and we want to let them know. “Saying that thing to children actually can work against their striving to learn,” says Dr. Tovah Klein, Director of the Barnard Center for Toddler Development.

Instead, voice your approval regarding a child’s work ethic. As necessary, encourage them to keep going. 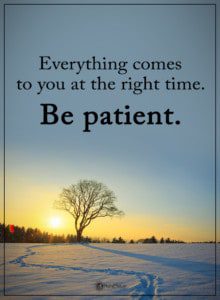 Okay, so the first and third are, arguably, personality traits. Personality traits can be difficult to overcome without [1] extensive, deliberate practice, and [2] a desire to change. The child should be the one to make these choices to change, not you.

Regarding the second, where did the child learn that it’s okay to be lazy? You may want to ask this question instead of making definitive statements. This may be enough to light a fire.

Maybe they are. But have you ever stopped to really look at what the hyper-competitive society produces? Stressed-out people who are never satisfied with themselves. Why else do you think people work 70-hour work weeks and take a record number of prescription drugs? It’s called the hedonic treadmill. 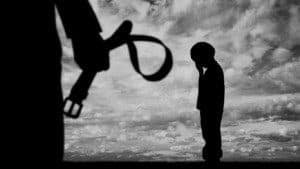 Before closing things down, here are a few things to remember about child development going forward.

Per Harvard University, from infanthood to childhood, adverse experiences can cause chemical and physical disruptions in the brain. These changes can affect behavior, learning, and mental and physical health outcomes.