I have fought against the idea that just because I’m older I can’t reform my old mentalities, use new inventions, or learn something new.  Case in point, I took up mobile gaming of RPG’s and strategy games, learned how to play trading card games, let go of my old biases about anime, and questioned my mentalities about societal norms and beliefs.

I even started to learn how to play the guitar.  All within the past five years.

I wholeheartedly believe that we all are a work in progress and that we need to be able to move beyond the past and view the future as promising.  The advantages of being mentally flexible are numerous.

For starters, the ability to learn something new enhances our health on multiple levels and can aid us in preventing certain diseases. It can even decrease, or repair, effects of trauma.  We can go to researchers to explain what happens to your brain when you learn something new.

Defining neuroplasticity and a brief history

The wonderful gift that our brain can change or adapt throughout our lives is otherwise known as neuroplasticity.  Neuroplasticity is the process by which our brain can create new relationships between neurons.  Neuro refers to our neurons, or brain cells.  Plasticity, as defined in Sharp Brains, “is the capacity of the brain to change with learning.”   This process starts while we are still in the womb and can continue for all of our lives.

Neurogenesis is a word describing the ability of our brains to grow new neurons.  This ability negates the previous idea from scientists that at a certain age, our cells can no longer learn, but instead, die off.

The idea that our brain cells are incapable of change was believed up until the 1960s despite being theorized back in 1890 by psychologist William James.  He published his thoughts in his book The Principals of Psychology.

In the 1960s, researchers began studying adults who had survived massive strokes and yet were able to regain skills lost from the stroke.  This study sparked the idea of our brain cells being capable of forging new paths, including after a trauma.

Now we know it is possible to not only change the paths of our neurons but to grow new ones.   Between neurogenesis and neuroplasticity, we can not only upgrade our brain’s software, but also our hardware.

Effects of expanding knowledge on our brain

When we expand our knowledge of a specific skill, the portion of our brain that utilizes those skills will enlarge.  Our brain is like a muscle that if you focus on one part of it, it strengthens the corresponding brain area.  This is very similar to lifting weights by focusing on one muscle of the body. Examples sited in Sharp Brains include:

As with anything else, there are certain characteristics of neuroplasticity:

Benefits of brain plasticity to heal the brain and prevent damage

If you have ever witnessed a stroke victim recover their capabilities, you have seen the brain at work after trauma.

Whether you have suffered a brain injury due to a stroke, car accident, concussion, etc. your brain, over time, will do everything in its power to rebuild.

Stages of healing after a trauma or brain injury

Healing or recovery after a horrible event or condition takes time.  Just like our body, our brain need time to heal and format a method of recovery.  In their book, Translational Research in Traumatic Brain Injury, researchers Su, Veeravagu, and Grant break down the steps by which the brain reacts and recovers from a brain injury.

Methods to repair or prevent the decline of your brain

Repairing the brain is not just limited to brain injury, such as a stroke.  It is also possible to remap the brain from chronic pain, depressive or anxiety disorders, ADHD, OCD, and Autism.  Keep in mind, this re-mapping is not a “cure” but an alternative method towards better functioning.

The following methods not only aid in healing but also in brain growth and preventing a decline in brain plasticity:

How can I improve my brain’s ability to learn? 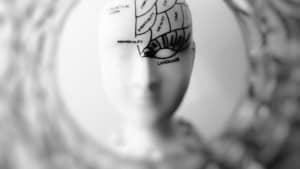 Our brains are remarkable.  It allows us the ability to learn and adapt at any point in our lives.  It is essential that we give it a workout to stay healthy – just as we do for our bodies.

The brain has proven to be the cornerstone to our survival, not because of what we can dream up, but because adaptation is what makes survival possible. After all, memories are where our happiness lies and being cognizant of the world is what opens our eyes and ears to new possibilities.