Jackfruit is an exotic fruit that grows in the world’s tropical regions and is native to South India. It is in the Moraceae plant family that also includes breadfruit, mulberry, and fig. Its outer skin is spiky, and the color is yellow or green.

One unique thing about the fruit is its unusually big size. It is the world’s biggest tree fruit and can be up to 35 kilograms in weight. Jackfruits have a flavor that is subtly sweet and fruity and has been claimed to taste like a mixture of fruits, including mangoes, apples, bananas, and pineapples.

Its texture resembles that of shredded meat, which makes it appealing to vegetarians and vegans who use it as a meat substitute. Because Jackfruits can withstand tropical climates, it can be a significant source of carbs and calories for people in developing countries who face the risk of starvation. Despite being popular in tropical regions, it is still grown in other world regions, including the US where it is in season in the summer.

Anemia is a disease that is defined by a low count of red blood cells or Hemoglobin in the blood below the lowest acceptable levels. It results in slow oxygen transportation in the body, which leads to constant exhaustion, blacking out, pale complexion, and bouts of lethargy.Jackfruits have iron mineral that can solve the issue of deficiency of red blood cells in the blood. Vitamin C found in the fruit further assists in the efficient absorption of iron in your body. The lack of vitamin C in the body can lead to the lack of absorption of all iron ingested from dietary sources.

Other minerals such as magnesium and copper available in the fruit boost the quality of blood.

Jackfruits have high amounts of calcium that strengthens and promotes the health of your bones. Some illnesses that are related to bones are Osteoporosis and Arthritis, which can be prevented and managed with regular eating of the fruit.

Jackfruit also has high potassium levels that further reduce the loss of calcium via the kidney. This boosts the density of bones, hence strengthening it.

Due to an increase in weakened immunity from pollution, cases of asthma are increasing annually. But Jackfruit has been seen to benefit patients of asthma. Asthma reveals symptoms such as extreme difficulty during breathing, panic attacks, and wheezing.

Asthma is a chronic condition with no cure but can be managed with a hypoallergenic diet and medicines. However, studies are being conducted to see if jackfruits and their extracts can treat the condition and curb the symptoms. For now, boiling the root of the fruit and eating it can relieve you from asthma symptoms.

Prevention of aging is one of the top jackfruit health benefits. Aging is no longer caused by natural factors only. Unhealthy lifestyle, UV radiation, and pollution result in faster aging.

The primary cause of aging is free radicals produced in the body as a result of high oxidative stress that results from pollution. This can be combated by a diet rich in anti-oxidants such as Jackfruit. The fruit destroys free radicals to slow down the process of aging.

Additionally, consumption of Jackfruits aids in keeping the skin well hydrated and moisturized since it has high levels of water. Water minimizes the dryness and offers a supple look to your facial skin. This further minimizes fine lines and light wrinkles on the sin to make you glow and look younger.

Jackfruits have vitamin A as well as its equivalent in the form of Lutein Zeaxanthin and Beta Carotene. Beta Carotene is synthesized and converted to vitamin A, which is a crucial nutrient when it comes to eye health. It is an anti-oxidant that boosts your vision and safeguards your eyes from free radicals.

It is also popular for safeguarding the eyes from viral and bacterial infections by making the mucous membranes that form a layer on the cornea strong. Lutein Zeaxanthin has antioxidant properties, which serve your vision impressively and efficiently. It safeguards the eyes from harmful and intense light waves such as UV rays.

This component is also deemed significant in boosting your vision in low or dim light. It is highly effective in preventing the degeneration of the retina and minimize the risk of macular degeneration and cataract.

6. Safeguards against Piles and Colon Cancer

Colon cancer prevention is another one of the top jackfruit health benefits. Colon cancer arises as a result of colon damage at the cellular level, and the altered cells divide rapidly even though there is no need for new cells. They end up ruining the healthy cells as they move to other body parts via the bloodstream.

Colon cancer comes out in its initial stages as polyps in the lining of the colons and takes the form of full-blown cancer as it progresses. But fruits such as Jackfruit that are rich in antioxidants assist in cleaning toxins from the colon, keeping it healthy. Although it fails to treat cancer, it assists in minimizing the risk of the condition developing.

Jackfruits also help in preventing and alleviating piles. Piles refer to Hemorrhoids in the anus that consist of swollen blood vessels. Hemorrhoids can be an excruciating condition, and critical situations result in bleeding and pain during the passing of stools.

Chronic constipation is a leading cause of Piles. The high levels of fiber in Jackfruit can cure constipation and alleviate the symptoms.

Jackfruits contain 1.5 grams of fiber per serving of 100 grams, which is deemed excellent. Dietary fiber is a laxative that increases the bulk of your stool while softening it. This makes it easy for your gut to push it via the intestines, which boosts digestion and avoids constipation.

Jackfruits also have both insoluble and soluble fiber, whereby soluble is 25 percent of the overall fiber. Soluble fiber is digested in your gut and offers energy while insoluble goes through the gastrointestinal tract.

The insoluble fiber increases the bulk of the stool to create a quick exit. It maintains cleanliness of the tract while minimizing build up in the intestines.

Potassium is one of the most significant components that control the pressure of the blood. The body requires about 4700 milligrams of Potassium per day. An optimum level of potassium is critical in controlling the proper amount of sodium in the body.

Deficiency of potassium can make your levels of sodium get out of control, which results in significant damage to the arteries and heart. Additionally, potassium can coordinate and maintain muscle function, which includes the heart muscles. Jackfruits have great levels of potassium that is around 10 percent of the daily intake.

The perfect levels of potassium are needed to maintain a fluid level and balance electrolytes. All these various potassium functions assist in maintaining the ideal blood pressure and minimizing the risk of heart attack and stroke.

If you want a quick boost of energy, there are not so many fruits that can match the energy provided by Jackfruits. The fruit has a healthy amount of sucrose and fructose, which are simple sugars that are easily digested by the body.

In addition to easy digestion, the sugar in Jackfruits originates from a group called SAG or Slowly Available Glucose. It minimizes the glucose level in the body in a manner that is limited and hence minimizes the Jackfruit’s glycemic index.

Simply put, diabetic individuals suffering from high levels of sugar and sugar spikes can have this fruit without having to worry about the levels of glucose. But if Jackfruits are a regular part of the diet, be sure to add exercise to your routine to improve digestion.

Anti-oxidants are needed by the body to combat free radicals. The body needs antioxidants to scavenge free radicals. Free radicals are generated when oxygen reacts with particular molecules to kick start a chain reaction that ruins cell membranes and DNA. 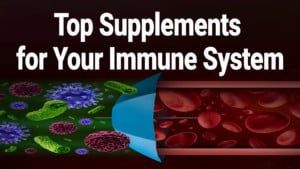 These free radicals are linked to natural processes such as skin wrinkles, aging, and increased vulnerability to diseases and infections as well as chronic conditions like tumors and cancer. Vitamin C is a natural antioxidant that is water soluble and absent in the body. Hence, you need to consume it via dietary sources.

Jackfruits have high levels of vitamin C, which is 13.8 milligrams per 100 grams of serving. According to research, vitamin C is a better antioxidant when compared to Ethanol and Methanol compounds. This makes vitamin C exceptionally efficient against the body’s free radicals.

The purification of the body by eradicating it of free radicals boosts the function of the immune system. It boosts immunity to safeguard against common infections such as flu, cold, and cough. Research also shows that the fruit enables the body to create a powerful resistance against diseases.

If you are looking for a nutritious fruit to include in your diet, Jackfruit is the perfect one. You will enjoy numerous Jackfruit health benefits, including a healthy heart, prevention from piles and colon cancer, improved immune system, and more.

The most commonly eaten part of the fruit is the flesh, which can be eaten both when unripe and ripe. It can be utilized in sweet and savory dishes, including curries and desserts. The roots and the seeds can also be eaten.