There are very few fruits that surpass jackfruit when it comes to tastes and health benefits. If you’re not already familiar with jackfruit, also known as jack tree, it is an exotic fruit commonly found in tropical regions and is part of the Moraceae plant family, which includes a number of popular fruits like breadfruit, figs, and mulberries. It is also worth noting that these fruits contain a flavor profile that many have described as a cross between apples, mangoes, and bananas. That aside, they offer an array of health benefits and contain very few calories. In this article, we will explore what happens to the body when one eats these tropical fruits and why they seem to be growing in popularity.

Studies have shown that Jackfruit is an excellent source of soluble and insoluble fiber, containing as much as 1.5 grams of fiber per 100 grams serving. The fruit also produces a laxative effect, which helps to soften stool. All in all, a diet that includes jackfruit can lead to a cleaner colon while helping you stay regular. Basically, the fiber and laxative properties make it easier for the body to push stool through the intestines, which, in turn, improves digestive health and prevents constipation. Beyond that, the fiber derived from the fruit aids in keeping the intestinal tract clean and free of buildup.

The simple sugars found in jackfruit, specifically fructose and sucrose, are easily digested by the body. These simple sugars, also known as SAG (Slowly Available Glucose) are released slowly over time and helps stimulate energy production while reducing the fruit’s glycemic index. If you’re not familiar with the glycemic index, it is a system used to measure how quickly certain foods can spike blood glucose levels. Due to the fruits overall low glycemic index, it has become a favorite amongst those with diabetes as they are free to enjoy it without worrying about hyperglycemia and other diabetic complications.

Not surprisingly, nutritionists and researchers have concluded that jackfruit can significantly improve eye health since it is rich flavonoids, phenols, and other antioxidant compounds. These combined compounds work to rid the body of free radicals, unstable molecules that can damage cells at the DNA level. To further put this into context, free oxygen radicals can contribute to retinal cell degeneration, which studies have shown is the leading cause of cataracts and macular degeneration. It is also worth noting that this fruit is rich in vitamin A, which is essential for cell growth, a strong immune system, and maintaining neurological function.

Similar to oranges and grapefruit, jackfruit is an excellent source of vitamin C, which plays a critical role in protecting the body against viral and bacterial infections. Vitamin C also supports white blood cell function, which helps to strengthen the immune system. To further illustrate this point, a single cup of this tropical fruit contains 20% of the recommended dietary allowance for vitamin C. This delicious fruit is also rich in phytonutrients, chemical compounds that protect against disease. It is also worth noting that jackfruit contains isoflavones and saponins, which are lignans that help to slow down the aging process and reduce cancer risks.

In addition to vitamin C, studies show that a single serving of jack tree provides as much as 10 percent of the recommended dietary allowance for potassium. This is important since potassium is essential in regulating blood pressure and sodium levels in the body. That said, if the body becomes potassium deficient, sodium levels can increase substantially, which, in turn, causes damage to the heart as well as the arteries. It is important to note that potassium also plays a critical role in maintaining muscle function, balancing electrolyte levels, and regulating blood pressure.

Along with great taste, amazing health benefits, jack tree has an excellent nutritional profile. Studies show that a single serving of the tropical fruit contains the following nutrients:

WHY JACK TREE IS IDEAL FOR THOSE STRUGGLING WITH DIABETES

For those with diabetes, finding great tasting foods that don’t cause blood sugar spike can be a challenge. In many cases, many people find themselves having to forgo many of their favorite foods. Jack tree, however, is a delicious fruit that boasts several properties, which are helpful in terms of blood sugar management. Also, the high amount of protein found in jack tree helps keep blood glucose levels from rising too quickly after consuming high-GI foods. Scientific studies conducted on mice also revealed that the leaf extract derived from jack tree can help reduce fasting blood glucose levels and stabilize blood sugar. However, more research is needed to confirm long-term effects. Nonetheless, the jack tree is a naturally low-GI food that is recommended by dieticians and nutritionist as a means of getting blood sugar levels under control. 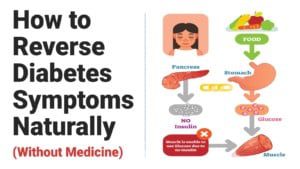 WHAT MAKES THE JACK TREE FRUIT SO UNIQUE?

As a tropical fruit, the jack tree is in a class by itself in that it is edible ripe or unripe. Also, it can be added to sweet and savory dishes to enhance or completely change its flavor. The fruit pods and seeds are the most commonly consumed parts of the fruit; however, they can be hard to get to due to the short, spiky bumps of the fruit’s exterior shell. As far as the meat of the fruit is concerned, it contains a meat-like texture, which has made it very popular among vegans and vegetarians alike. Another unique characteristic of the jack tree fruit is its weight, which can reach as much as 80 pounds, making it the world’s largest tree fruit. Although the fruit is popular in Asia, it has been gaining a considerable amount of attention throughout the world, especially in the United States. Many believe that this is due to the fruit’s unique blend of flavors and impressive nutrition profile.

While the jack tree is highly regarded for its many health benefits, there are some side effects worth noting. For example, the fruit is known to trigger an allergic reaction in people who normally struggle with birch pollen allergies. Some additional side effects include

Also, the seeds found in the jack tree have been known to trigger an immunostimulatory effect, namely on patients who have undergone immunosuppression therapy or a tissue transplant.

Now that we have a general understanding of the jack tree, let take a moment to familiarize ourselves with the history of this exotic fruit. While the jack tree can weigh as much as 80 pounds, the average weight is usually somewhere in the neighborhood of 10 to 25 pounds. Either way, this is a substantial fruit in terms of heft and overall size. In fact, a single jack tree is more than enough to feed an entire family. In addition to its unique taste and substantial weight, the jack tree is also characterized by a musky smell that some people may find off-putting.

Although the jack tree is very popular in Thailand and the Philippines, it is thought to have originated in India. According to the U.S. Department of Agriculture, the jack tree was at one time even grown in Florida; however, there are only a few trees that continue to produce the fruit today. As far as harvesting is concerned, the jack tree ripens at varying times throughout the year, depending on the region and climate where it is being grown. That said, the fruit can take anywhere from 3 to 8 months from flowering before it reaches full maturity.