Have you ever noticed that some people are just naturally intimidating? Or, perhaps, have you noticed that people tend to be intimidated by you?

Being an intimidating person is an intriguing situation to be in, as it can be tough to tell why people are so nervous around you – especially if you’re not a physically “scary” person. But it actually might be your personality traits that are causing the discomfort!

Here are 13 signs your personality may be intimidating people.

Being direct and to-the-point can be quite intimidating, and if you match that description, you do not waste time with small talk. You likely consider beating around the bush pointless and would much rather get straight to the point and talk about pressing and significant issues.

This means that you often skip pleasantries or straight out avoid talking to people that won’t start an engaging pr productive conversation. This can cause a projection of you that appears cold or even rude to others, and that’s certainly intimidating.

Though this is fine and a preference you likely share with many people, do keep in mind that small talk can be a positive thing. Many communities around the world consider it a crucial part of their interactions and bonding. 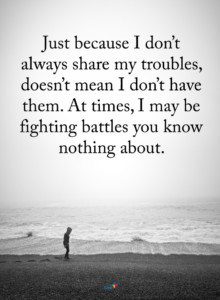 It’s good to have the critical thinking skills necessary to be a good problem-solver, but that can sometimes intimidate people. This is because you’re always finding solutions independently and taking charge.

Others around you might feel like you hog the spotlight like you are excluding them, or as though they are unneeded. This can lead them to consider you intimidating.

Someone with big goals always strives to be the very best version of themselves. They do so by setting goals to work towards, and these are often ambitious and exciting in nature, with motivation and commitment involved that propel them forward.

If this description matches you, then it can be quite intimidating to the people around you. This is because of your colossal drive and forward movement. The good news is that the people who will likely be intimidated are those who are insecure about themselves and their achievements.

Others are often intimidated by someone who has confidence in themselves and does not bend or conform to the expectations of others. If you are an independent thinker, where your opinions are often not shared by the people around you, others with low self-confidence will find it hard to understand how it is possible to self-validate and not look for the approval of others.

In addition, people that are less knowledgeable in certain subjects may find it uncomfortable that you are so much more well-informed than they are. Once again, this will not be an issue for people who are secure in themselves and have positive thinking for their actions. 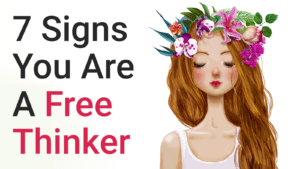 To an introvert, extroverted people can be intimidating. This is especially true if those extroverts are assertive. But you don’t necessarily need to be a stereotypical extrovert – or even an extrovert at all! – to have this feature.

If you are the type to quickly speak out while expecting others to do the same, you can be perceived as aggressive those around you. Unlike some of our previous points, this intimidation isn’t necessarily a mark of insecurity.

As a matter of fact, by taking up all the space in the room and disregarding the different communication styles of others, you may alienate the people around you. This doesn’t mean you should stop being assertive – it just means that you need to find the balance in a conversation instead of consistently dominating it. Here is what you can do in that respect:

Being highly opinionated can also be intimidating to others. If you are not afraid to challenge societal conventions and even stand-alone with those opinions, you’re giving off a power that may cause others to feel intimidated or uncomfortable.

Being opinionated is a great thing with many positive sides to it, including improving your persuasiveness and making you less vulnerable to other people’s persuasion. Just make sure that your opinions are backed by sound arguments. Being opinionated involves:

7.    You Never Make Excuses, and You Don’t Accept Them Either

Others may find you intimidating if you do not make or accept excuses. Not taking nonsense is not a sign of a lack of sympathy, but rather a sign of your willpower. Still, as justified as it is, no one can deny that it’s quite intimidating to deal with someone who wants results, not excuses.

It can be intimidating and unsettling when someone is unphased by fear. Fear can have such robust control over so many people’s lives, so for someone to have the utmost in positive thinking and never let fear stop, you can be quite a shock. You may consider fear: 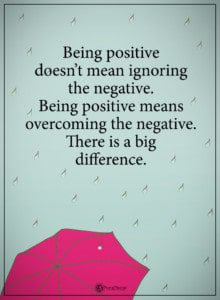 Stubbornness can be an excellent trait to have in moderation, but others may find your determination to be intimidating. Being stubborn is one of the key reasons why you may be such a good problem-solver. Not taking no for an answer and doing your best to solve issues that you can see solutions to is the sign of a go-getter.

Others might find it challenging to understand this trait of yours, and if they aren’t intimidated or impressed by it, they may even become confused. To them, it’s a mystery why you would take up a great deal of your time-solving problems they’ve given up on, instead of merely letting it go.

10. You Never Get Envious

Refraining from falling into patterns of bitterness or envy at other people’s success can be a tough thing to do. As such, it makes sense that someone might find you intimidating if you never get envious of others.