Horror movies have repeatedly been under scrutiny because of their graphic and inappropriate nature. However, some defend movies by saying they are just that, a movie. Some psychologists assert that violence and horror material can cause damage to the psyche.

Many people have even wanted them banned or have harsher restrictions to lessen the exposure. Graphic images, movies, and music receive ratings by the MPAA and PAL. These rating systems exist so children under a specific age won’t face exposure to horror movies without parental permission.

Researchers have studied whether they can cause damage to the psyche for decades. The results of the studies may surprise you.

However, horror movies do have a cult following and are loved by many people, despite their content.

One theory on why people enjoy horror films surrounds the excitation transfer theory. It suggests we receive our enjoyment from the feeling of suspense. Adverse effects turn into euphoria when the suspense ends, and the threat diminishes. If a resolution doesn’t occur, then dysphoria will increase.

However, another paper found horror films are as enjoyable even when no resolution was reached. It also suggests that arousal compels us to continue watching.

A positive correlation between a physiological measure of arousal and those who watched a horror movie clip exists. This connection suggests it could be another reason why we like horror films. Whether it’s due to a physiological response or a cognitive one isn’t known.

It’s often said that certain types of people like horror films. Research proves the opposite. Those that are more aggressive or argumentative do tend to seek out horror films. However, this research isn’t consistent in proving that they will like the material they’re viewing. In fact, some that possess certain personality traits prefer to skip horror content altogether and may even feel disgusted by the content. 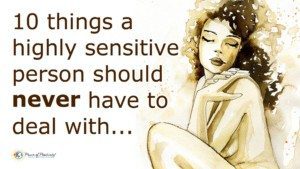 Men and women experience differences in why they seek out a horror movie in the first place. Studies show that men sought out sensation and the harmful nature of a horror movie. However, women sought them out to experience a fair ending.

Several studies have shown that men and boys, in general, enjoy violent and frightening material more than women and girls. Females also report more anxiety and distress when watching horror movies versus males.

Some people claim that horror movies reduce their anxieties and help them sleep better. The theories above can account for this claim. However, there isn’t much research conducted that shows the positive effects that horror movies have on the psyche.

Effects of Fear on the Brain

Fear has been the most studied of the emotions. It’s easily studied because you can use both animal and human subjects, and it can be controlled or manipulated. The amygdala is where the brain experiences fear. There haven’t been any specific studies that investigated the exposure of horror films on the activation of the brain. There have studies that looked at fear stimuli and how it affects the brain’s activation.

These studies use measurements through scans of the brain. The scans used are MEG, PET, fMRI, and EEGs. One case study examined the effect of a bilateral amygdala injury in response to fear stimuli.

The subject had impaired fear recognition in faces, social-related fear, and impaired conditioning concerning fear. She was exposed to several scenarios in an attempt to induce fear. One of the stimuli included watching ten clips of a horror film. While she understood most people would fear them, she asked to rent one of the movies she watched. This outcome suggests that she enjoyed them instead of fearing them.

Since it’s a single case study, more research would have to be conducted. However, this study does bring forth the question of whether the amygdala reacting is associated with joy when watching horror films. People who possess higher activity in the amygdala may experience more fear or joy when it comes to horror than those who have less activity.

Fear is one of your body’s survival mechanisms. When your brain perceives a threat, it causes you to get into “fight-or-flight” mode. This response can cause some interactions in your body and outside the body.

You may experience “goosebumps,” which is an evolutionary trait that makes you seem longer and more intimidating to other animals. Your heart rate and breathing increase. The blood vessels in the skin constrict, and the central blood vessels will pump oxygen and nutrients to your organs. Your muscles pump up with blood in preparation for a reaction.

Internally your glucose levels rise, your calcium and white blood cells increase too. You may “freeze” in place, get “butterflies” in your stomach, suffer a reduction in hearing, experience tunnel vision, and even have a dry mouth.

You will experience an emotional response, as well. This feeling can be an adrenaline rush causing you to feel happy or excited. The eerie feelings can produce negative reactions like crying or avoidance of the situation. While you may not experience all or only some of the responses, it’s a completely normal reaction and no cause for concern.

What Kind of Psychological Effects Do Movies Have?

Several case studies suggest exposure to horror movies can cause a condition called cinematic neurosis. Typically, the movies catalyze their underlying issues. This doesn’t mean horror movies are to blame, though. Any similar stimuli could have provoked their behavior.

In a study conducted by Sparks, he found half of the women reported lingering fright after the movie ended for some time. Only a quarter of the men surveyed reported the same. The women reported experiencing anxiety while in certain rooms, avoiding horror films, and increased nervousness.

Another study reported that 50% of their participants experienced effects long after the film ended. Over 50% reported having trouble sleeping and eating. However, no long-term consequences are significant enough to cause impairment to one’s social, mental, or work function.

Those that report impairment suffer from underlying issues typically. There is no evidence to support long-term adverse effects from watching horror films. However, there is evidence of short-term effects of anxiety, nightmares, and disrupted sleep.

Horror Effects on the Psyche of Children, Adolescents, and Adulthood

Another study found that for 8-year-old children, the supernatural or someone being hurt was the most common fear-inducing content. Children that have a TV in their room were a predictor for their fear severity. Seventy-one percent suffered from lingering thoughts on the subject, 52% expressed worry, 59% had trouble sleeping alone, 56% suffered from nightmares, and 36% experienced shaking.

Studies on exposure to the stimuli showed desensitization in children as a coping strategy for horror. Younger children (Four to five-year-olds) benefit from holding an object and eating or drinking. The presence and reassurance of a parent proved to be the most successful method. Children that are under two experience less fear when they cover their eyes. In three to five-year-olds, this method increases fear.

Adolescents watch horror materials for several reasons. They want to be thrilled, rebel, or are curious about death. The seek out Slasher movies for reasons including problem avoidance, perceived bravery, and thrill watching.

Research slows when it comes to the effects it has on adults. Most studies focus instead on children and adolescents. The few studies that cover adulthood found the preference for watching horror declines with age. The need for sensation seeking also declines. This shift may explain why the interest in horror slows as we age. 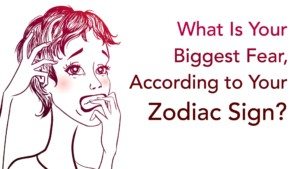 Final Thoughts on Horror Movies and the Human Psyche

Horror movies and images have been studied countless times. Most of the research only focuses on the negative impacts on the psyche that occurs from watching them. Many report positive effects, and it could be due to the excitation transfer theory. Men tend to seek out and enjoy horror material more than women and suffer from fewer effects.

Children exposed to supernatural horror often suffer negative effects. They can cope effectively if they have the reassurance of a parent and desensitization to the stimuli. Adolescents seek horror out for various reasons, and boys enjoy it more than girls. The consensus is that horror movies do not have any long-term effects on the psyche in most cases. Exceptions to this are people who suffer from anxiety, phobias, PTSD, or highly sensitive people. On the other hand, some short-term effects occur more frequently in other thrill seekers..