It might seem like a strange practice to drink out of a copper cup. But doing so actually provides a slew of surprising health benefits. Copper gives water a positive charge, and after the copper leaches into the water, it provides antimicrobial, anti-inflammatory, anticancer, and antioxidant properties. The study that revealed this information also found that keeping contaminated water in copper cups for 16 hours drastically reduces the number of harmful microbes found in the water.

This important revelation could provide clean drinking water for millions of people, especially in developing countries.

In another study, researchers found that copper surfaces in hospitals killed 97% of harmful bacteria that can result in infection. Just because of the copper surfaces alone, infection rates in the hospital dropped by 40%.

“If you hold water in a copper bowl, preferably overnight or for at least four hours, the water takes certain qualities from the copper that are primarily good for your liver, but also for your health and energy in general.” – Sadhguru, Indian yogi, mystic, and philanthropist

So, why else should you start drinking from copper cups? Here are some more important health benefits: 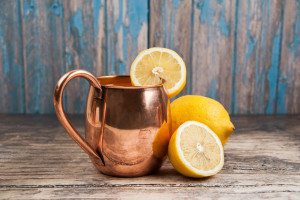 1. Drinking from a copper cup improves the functioning of the digestive system.

For this to work best, drink water from a copper cup first thing in the morning when you wake up. This works wonderfully to cleanse the digestive tract, since you will have the water on an empty stomach. Drinking water from copper cups stimulates something called peristalsis, or the contraction and relaxation of the stomach, which helps food digest and move to the next process of digestion. During detoxification, harmful bacteria is killed, and inflammation is reduced, which could eliminate painful stomach ulcers and infections. If you have regular indigestion, drinking from copper cups could serve as the remedy you’ve been looking for.

2. It strengthens the immune system.

Because of all of the antioxidants and cleansing properties in copper, regularly drinking water from a copper cup can boost your immunity. Copper aids in various enzymatic processes that promote endothelial growth, or the healing of tissues. Other studies have shown that copper can eliminate the growth of harmful bacteria, which further strengthens the immune system.

3. Drinking from a copper cup helps with weight loss.

Copper helps to break down body fat, and can even help heal the thyroid gland, which plays an important role in weight loss. Copper also helps with the synthesis of a vitally important coenzyme in the body called adenosine triphosphate, or ATP. Otherwise known as the “molecular unit of currency,” it helps us have enough energy to get through our day and not feel lethargic halfway through it. Therefore, drinking water from a copper cup can boost energy levels, which can ramp up weight loss. 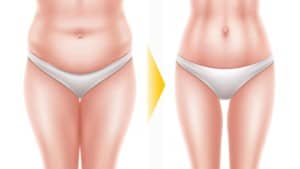 4. It can fight off cancer.

Drinking from a copper cup can even do what most people deem impossible without chemotherapy – kill cancer cells. With all of the antioxidants present in copper, this fights off free radicals, giving oxygen to the cells and literally killing cancer. While more studies need to be done to test this on a wide scale, drinking from a copper cup could provide hope for the future and increase the number of alternative therapies available for beating cancer.

5. Drinking from a copper cup can stimulate the brain.

Copper aids in the synthesis of phospholipids, which helps to form myelin sheaths over neurons in the brain. These sheaths allow the impulses to flow from one neuron to another in the brain, and the faster these impulses move, the more efficiently your brain can function. Drinking from a copper cup could also prevent seizures and keep the brain working with clarity and ease.