What are “brain boosters?” Excellent question. For the purposes of this article, a brain booster is anything – usually in the form of food or a nutritional supplement – that enhances your brainpower. Which begs the question: what is brainpower?

While many people link I.Q. with brainpower, we have a definition that’s a tad different. Brainpower is the ability to generate enough cognitive resources – energy, focus, drive, discipline, and intelligence – to perform daily tasks. Each one of the brain boosters that we list here enhances at least one – and in many cases more – element of brainpower as listed above.

Now, without further ado, we present what scientists say are the 10 best brain boosters!

Here are the 10 Best Boosts to Your Brainpower

People drink more than 400 billion cups of coffee each year. Roughly half of the U.S. population over the age of 18 drinks it every day. The average coffee drinker drinks three and a half cups every day. Okay, you get the point.

Now, coffee can be tasty, but it’s fair to say that most people don’t drink the stuff because its delightful on the palate. Just eight ounces (8 oz.) of the stuff contains a whopping 95 milligrams (mg) of caffeine, the real money-maker.

Caffeine is a naturally-produced psychoactive drug that is a stimulant of the central nervous system (CNS). It is also arguably the world’s finest nootropic.

Caffeine works by blocking the adenosine receptors in your brain that produce feelings of tiredness. A dose of 40 to 300 mg of caffeine – depending on tolerance – increases both attention and alertness and decreases reaction time.

Aerobics may be the best type of exercise for the brain, as it increases blood flow and heart rate. This, in effect, delivers more oxygen to the brain and allows it to perform better. Research shows that aerobic exercise appears to increase the size of the hippocampus, the region of the brain responsible for verbal memory, learning, motivation, and emotions.

Per an article published by Harvard Health Publishing of Harvard Medical School, “(exercise) helps memory and thinking through both direct and indirect means.” It goes on to explain that exercise effectively reduces inflammation and insulin resistance, while expediting the release of chemicals called growth factors.

But you needn’t be a marathon runner or CrossFit guru to reap the cognitive benefits of exercise! Per a 4-part study conducted by researchers at Stanford University, walking at a leisurely pace (especially outdoors) stokes creative insight while possibly increasing associative memory!

L-theanine is amino acid found in certain types of mushrooms and in green tea. Chemically, l-theanine resembles the neurotransmitter glutamate, but with one key difference. L-theanine is a calming (“inhibitory”) substance whereas glutamate is an excitatory transmitter. In the brain, it is essential to have a proper balance of both excitatory and inhibitory chemicals.

L-theanine essentially inhibits the excitatory glutamate receptors while stimulating the production of GABA, another key brain chemical. Inhibitory neurotransmitters allow the brain and nervous system to maintain a state of equilibrium. In this way, l-theanine and GABA both calm the brain; both are also effective at reducing symptoms of anxiety.

Creatine is an amino acid found within the body’s muscles and brain. In the body, creatine works by facilitating the recycling of adenosine triphosphate (ATP), an organic chemical that provides energy to cells throughout the body. The best food sources of creatine are fish, red meat, pork, and poultry. (Unfortunately, there is no vegan source of creatine except for supplements.)

Studies show that creatine supplementation helps people perform more complex tasks easier. Fascinatingly, this effect is much more pronounced in vegetarians (it also turns out that the veggie-eaters test higher in many studies, too!) Creatine may also positively affect working memory and processing speed.

Gingko Biloba is an herb harvested from the “maidenhair tree,” and dates back nearly 270 million (!) years. Ginkgo serves as a natural treatment for a variety of conditions such as anxiety, dementia, Alzheimer’s, and glaucoma.

Researchers believe that gingko provides cognitive benefits through enhanced blood circulation. Ginkgo may also have some neuroprotective properties. In a meta-analysis study of 2,381 patients, a 120mg or higher dose of ginkgo biloba was deemed a safe and possibly effective natural treatment for dementia patients.

Although we can generally consider gingko safe, some known interaction exists with prescription medications.

Rhodiola Rosea (Rhodiola) is a herb that grows in the arctic mountainous regions of Asia, Europe, and North America. An adaptogen, Rhodiola is said to be effective in reducing anxiety and stress in some people.

Other potential benefits of Rhodiola include:

Ginseng is an herb that is mostly used for medicinal reasons. Long known for having medicinal properties in Asian regions, ginseng is relatively popular in the Western hemisphere as well.

Multiple studies demonstrate that the antioxidant compounds in ginseng, called ginsenosides, have multiple potent pharmacological effects. There are multiple references to ginseng’s positive effects on memory. The active components of ginsenosides can promote:

While curcumin has typically been associated with improving gut health and inflammation, it turns out that the ingredient may also sharpen our brains. (By the way, curcumin is not the same as turmeric. It is an extract of the spice, which is commonly used as a spice in foods like Indian curry.)

In an 8-week randomized, double-blind, placebo-controlled study, subjects who received 360 mg/day of nanocurcumin showed “increased BDNF levels over the treatment period” compared to a placebo.

BDNF is important for the survival and growth of nerve cells (neurons). Nano-curcumin is a form of curcumin that is converted into nanoparticles to allow for easier and more effective absorption in the body. Nanocurcumin is more bioavailable than traditional curcumin supplements and sources.

Magnesium is one of the most overlooked, underrated minerals there is – and it’s absolutely critical for cognitive health. Magnesium plays a role in ATP production, which is essential to learning, energy, and neurogenesis. 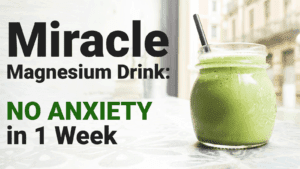 You can find this mineral in multiple foods, including bananas, beans, green leafy vegetables (especially spinach), beef, dark chocolate, edamame, nuts, seeds, beef, and salmon. It can be challenging to get enough magnesium from food, but there are plenty of quality supplements on the market that are quite reasonable.

Magnesium l-threonate is a newer form of magnesium capable of crossing the blood-brain barrier. It is highly absorbable and serves as an excellent anxiety remedy.

The writer despises rip-offs – and there is certainly no shortage of hucksters in the health and wellness industry. (For the most part, cognitive enhancement falls under the umbrella of “health and wellness” community.) Here are a few things to keep in mind before going on a brain-boosting splurge.

Before purchasing any product that claims to benefit your brainpower, brain health, or something to that effect, do your research. This writer endorses the sites nootropedia and Selfhacked.