Quinoa refers to a grain plant that is farmed to obtain its seeds that are edible. The pronunciation of the word is KEEN-wah. It is technically a pseudo-cereal as opposed to a cereal grain. This means that it is a seed that is cooked and consumed just like grain.
It was a crucial crop to the Empire of Inca. They called it the mother of all grains and deemed it sacred. For centuries, it has been a staple food in South America. It is only recently that it has been adopted by the rest of the world to achieve a superfood status after trending.
Nowadays, you can find the seeds and its products all around the globe, particularly in organic restaurants and health food stores. It can be found in three types. These are black, red, and white quinoa.
In addition to consuming quinoa for weight loss, here are eighteen other benefits.

The grain is one of the most famous health foods in the world. It is high in protein, has all nine essential amino acids, and is gluten-free. It is also rich in vitamin E, calcium, iron, magnesium, phosphorous, potassium, zinc, copper, folate, manganese, and B vitamins.
The crop is non-GMO and grown organically. Although it fails to be cereal, it remains to be a whole-grain food. Its high nutrient content, growth simplicity, and ease of use have led NASA scientists to study its ability to grow in outer space.
The year 2013 was named The International Year of Quinoa because of its high value of nutrients and its potential to offer global food security.

2. Rich in Kaempferol and Quercetin Compounds

Real foods are not only rich in minerals and vitamins, but they also have thousands of trace compounds, some of which are very healthy. Two well-studied flavonoids are kaempferol and quercetin and are present in the grain. The content of quercetin in the grain is higher than in regular quercetin foods such as cranberries.
These significant compounds have been discovered to possess anti-depressant, anti-cancer, anti-viral, and anti-inflammatory impacts in animal studies. Consuming it will provide these compounds and more.

3. Higher in Fiber than Most Grains

Another crucial benefit of the grain is the high content of fiber. Research that studies four varieties of the crop discovered a range of 10-16 grams of fiber for every 100 grams. This is the same as 17-27 grams per cup and more than two times the content in most grains.
When it is boiled, it has more fiber due to absorption of water. However, a majority of the fiber is insoluble, which has fewer health benefits than soluble fiber. Still, the food has decent amounts of soluble fiber at 1.5 grams per 100 grams or 2.5 grams per cup.
According to research, soluble fiber enables a reduction in levels of blood sugar, aid with weight loss, increase fullness, and lowers cholesterol.

4. Ideal for Persons with Gluten Intolerance

A 2013 study showed that about 33 percent of the US population is attempting to avoid or minimize gluten consumption. Diets that are gluten-free can be healthy if they are based on naturally gluten-free foods. When people consume foods that are free from gluten and made from refined carbs, problems arise.
These foods are similar to gluten-containing foods since gluten-free junk food remains to be junk food. Research has been looking at ways to incorporate the grain in staples such as bread and pasta for gluten-free diets. More studies have revealed that using it as opposed to regular gluten-free ingredients such as rice flour, corn, tapioca, and potato can dramatically heighten the antioxidant and nutrient value of our diet.

5. High in Protein and all Essential Amino Acids

The protein consists of amino acids, whereby nine of them are referred to as essential. This is because they cannot be produced from your body and require being obtained from the diet. Foods that have all nine essential amino acids are called complete proteins.
The issue is that some plant foods lack in particular essential amino acids like lysine. But this grain is different since it has all essential amino acids. Therefore, it is a great protein source since it has better and more protein than a majority of the grains.
A cup of 185 grams of the grain has 8 grams of protein. This makes it an ideal plant-based source of protein for vegans and vegetarians.

6. Has a Minimal Glycemic Index that is Ideal for Control of Blood Sugar

The measure of how quickly your levels of blood sugar are raised by foods is referred to as the glycemic index. Consuming foods that appear high on the glycemic index aids in stimulation of hunger and leads to obesity. Such foods have been associated with many typical, chronic, Western conditions such as heart disease and type 2 diabetes.
The grain contains a glycemic index of 53, and this is considered low. But it is great to remember that it is also rich in carbohydrates. Hence, it is not an excellent choice if you want a low-carb diet.

A majority of the people fail to get some nutrients in sufficient quantities. This applies to some minerals such as iron, zinc, potassium, and magnesium. The grain is very rich in all the minerals. A cup of magnesium, 185 grams, has 30 percent of the daily requirement.
But it has a compound called phytic acid that can make these minerals bind, reducing their absorption. By sprouting or soaking this grain before cooking, you reduce the levels of phytic acid, making the minerals able to be absorbed.

Due to the high content of nutrients, it can boost your metabolism. Studies have shown that the use of the grain as opposed to the regular gluten-free pasta and bread can minimize the levels of triglyceride, insulin, and blood sugar significantly.
More research has revealed that including it in your fructose-rich diet inhibits the negative impacts of fructose.

Losing weight requires the intake of fewer calories than are being burned. Particular food properties aid in the promotion of weight loss, either by reducing appetite or boosting metabolism. Luckily, you can consume quinoa for weight loss since it has many such properties.
It is rich in protein that reduces appetite and boosts metabolism. Additionally, its high fiber levels may make you feel full resulting in the consumption of fewer calories. Also, eating quinoa for weight loss is ideal since it has a low glycemic index, meaning that it is linked to low intake of calories.

11. Easily Incorporated Into Your Diet

It is delicious and combines well with a majority for the foods. Depending on the quinoa type, it can be crucial to use water to rinse it before cooking to remove saponins that are present on the outer layer and have a bitter flavor.
But some brands have already been rinsed, making cooking easy for you. It cooks fast within 15 minutes. After cooking, it has a mild, nutty flavor as well as a satisfying crunch.

Its soluble fiber mixes with bile acids in the liver to create a jelly-like substance that is produced in your bowel. It aids in provoking your liver to remove cholesterol from your blood to produce more bile when the stores get depleted.
Due to the lower bad cholesterol levels, you face a lower risk of coronary heart disease and atherosclerosis.

13. Improves the Health of the Skin

It has B vitamins that assist in treating age spots and other skin pigmentation conditions through reduction of the skin’s dark melanin deposits. It also helps to give the skin a healthy complexion.
The food also has tyrosinase inhibitors that aid to decrease pigmentation and the related issues. Vitamin B3, present in the grain, helps in acne treatment. It soothes the inflamed and red areas frequently linked to breakout of acne.

Its fiber helps to produce butyrate, an essential fatty acid that turns off inflammation-related genes. Also, B vitamins present in quinoa aid in the reduction of an inflammatory hormone called homocysteine in the body. 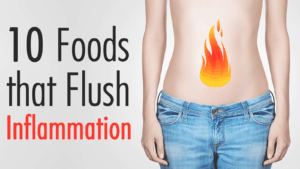 Research shows that daily consumption of quinoa for weight loss can aid in reducing the risk of premature death due to cancer. Another study reveals that an extract of the crop’s leaves has anticancer and chemopreventive effects. Studies also show that the high levels of antioxidants present in the food fight free radicals and cancer-causing compounds.

It is rich in iron, whereby 185 grams offer 15 percent of the daily requirement. The iron content helps in the prevention of anemia. It also has riboflavin, a nutrient that is significant in preventing anemia.

17. Growth and Repair of Tissues

It has high levels of lysine, an essential compound in growth and repair of tissues. This amino acid is only available in the grain. The high levels of protein also contribute to this benefit.

Quinoa has essential minerals such as phosphorous, iron, and calcium that keep the scalp moist to prevent dandruff. You just need to mash it and apply to the scalp and hair. The original hair color is maintained by tyrosine and split ends are treated by its proteins.

Antioxidants, all essential amino acids, fiber, and minerals make quinoa one of the most nutritious and healthiest foods in the world.
Consuming quinoa for weight loss can also improve levels of blood sugar, and reduce levels of cholesterol. What’s more, it is delicious, easy to prepare, naturally gluten-free, and incredibly versatile.