It’s hard not to love grandparents. They’re sweet, they adore their grandkids, and they have more than enough love to share! But unfortunately, with their old age comes a lot of potential problems, typically to do with physical and mental decline. It can be challenging to think of the difficulties grandparents face as they grow older.

But, did you know that grandparents can potentially extend their lifespans just by being grandparents? Recent research reveals that spending regular amounts of time with their little ones can improve their overall longevity!

The study concerning this exciting phenomenon is entitled “Caregiving within and beyond the family is associated with lower mortality for the caregiver: A prospective study.” It was published in Evolution and Human Behavior in 2016. The authors, in alphabetical order, are:

The study was of a prospective cohort variety. Its aim was simple: to determine the relationship between life expectancy and caregiving duties provided by grandparents, whether to their relatives or others. But why focus on this specific topic?

A number of studies have indicated that just being a grandparent can have positive benefits on overall health. But at the same time, there are conflicting studies that suggest that some grandparents wind up dealing with the opposite. This is especially the case when they wind up needing to care for their grandchildren from prolonged periods. (1)

To add some clarity to these contradictory findings, researchers aimed to focus solely on mortality and its links to grandparents and their family relationships. Researchers did their best to keep an eye on most variables.

This study was conducted with a simple method over multiple years. Here are some details about the study methods.

Researchers selected participants within the BASE system randomly. They pulled the participant data from the records of the registration office in West Berlin. They were all aged 70 or older, and there were 516 of them in total.

Participants would attend medical examinations and interviews, each conducted in either their own homes or with their doctors in hospitals or other practice locations. Some individuals were grandparents while others were not, allowing for useful comparison data.

It is worth noting that none of these participants were official or permanent guardians with primary custody of these grandchildren. This prevented inconsistent data review.

Participants were asked to provide details regarding their caregiving activities in the past year. “Caregiving” in the context of this study was described as the act of spending time with a grandchild – whether to watch over them or for bonding time – without that child’s parents being present.

Participants provided their information on a scale of seven, with a ranking of 1, meaning they had never performed caregiving tasks and 7 meaning they did so daily. Individuals without grandchildren were scored “1” by default.

Participants attended these tests and interviews every two years beginning the year 1990 and ending in 2009. As such, the study was conducted over the long span of 20 years, and it reached completion in 2016.

Participants who passed away were recorded, as mortality-related information was the heart of the study. The time to death after an interview was noted down and used as a mortality figure.

Due to the fact that participants answered interviews, there is a chance of data becoming compromised by recall bias. In addition, although researchers did their best to keep all variables in check, some errors in recording data may still have occurred, as with many studies of this variety.

But what were the results? Was there any link found between caregiving activities and mortality rates? As it turns out, there just might be! Researchers made the necessary adjustments to make their results as accurate as possible, and they found the following:

Based on these results, researchers concluded that all individuals who provide support or help to others, whether their grandchildren, children, or other random people, would have a higher chance of better life longevity. As such, helping actions may be the key to better mortality.

4.    Potential Issues With This Research

As with all research done in any way, there are issues that exist that can affect the overall reliability of the findings. This study is no exception. The issues are as follows:

Researchers did not take note of the cause of death of any of their participants. They also did not deeply explore issues regarding the participants’ current mental health, physical health, or other similar issues.

Participants answered interview questions on a bi-annual basis, leaving plenty of room for them to forget details or fall victim to recall bias. There is virtually no way to verify their claims.

516 seems like a lot of people, but it is a relatively small sample size for any study. Only 80 individuals were grandparents with caregiving responsibilities. Larger studies may be able to achieve more accurate results.

The difficulty with studies conducted in an observational method is that there is no definitive way to prove a cause and effect scenario. There is no way to determine that these results truly cause and effect and are not mere correlation.

Does this mean these results are inherently not trustworthy? Of course not! But, as with all studies, it should be taken with a grain of salt. Regardless, you should still view this study with positive thinking and appreciate its message, and perhaps apply it to your own life!

5.    Why Do Those Who Support Others Live Longer?

So, why exactly does babysitting, helping, or supporting others lead to longer lifespans? More research is necessary for fully cohesive answers, but there are plenty of potential reasons you may be able to think of. Here are some of them:

A grandparent who looks after their children will often join them in certain brain-boosting activities. They may play games with them, help them finish puzzles, or provide homework assistance.

This means that grandparents who do this don’t stop learning. This reduces their risk of developing issues related to cognitive decline and has a positive effect on their memory and thinking skills overall. (2)

Playing with a grandchild, going for a stroll with them, or bringing them outdoors all increases the activity level of a grandparent. Keeping active is important for maintaining overall health and can contribute to a longer lifespan.

Even if you don’t have grandchildren, you should make sure that you’re getting a little physical activity every day. Just going for a walk can do wonders. 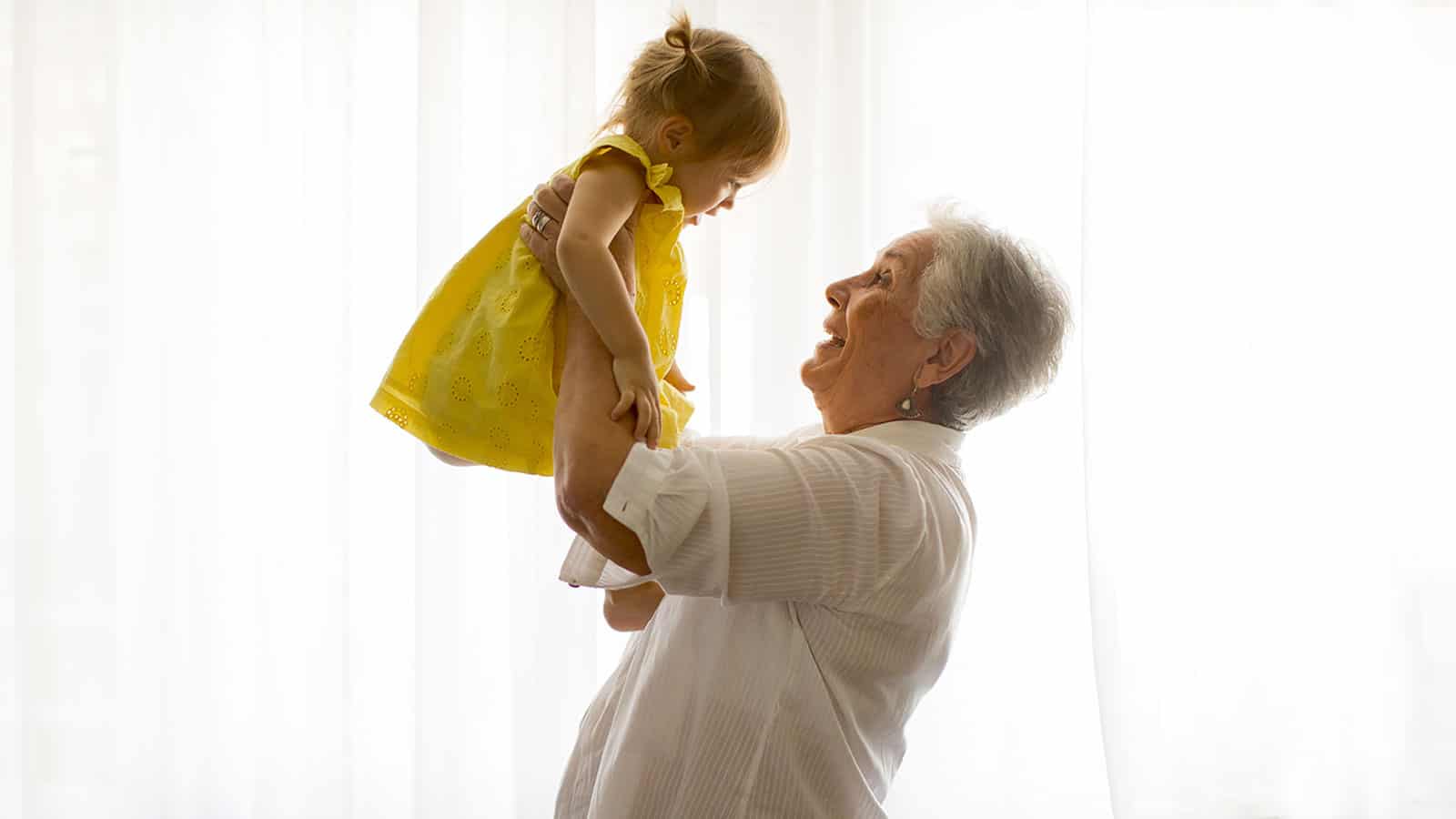 Senior citizens who are left on their own and do not have an active social life often lose the desire to live their everyday lives to their fullest. Those who have other people in their lives tend to be more eager to take care of themselves.

In addition, helping others can give older individuals a sense of purpose. Once they retire, senior citizens sometimes experience difficulty in finding things for them to do. Providing support to people around them can give their lives a direction to follow.

Social interaction can have huge positive effects on someone’s body and mind. It helps to keep the mind sharp, improving memory and preventing mental decline. It can also help older individuals to find friends – they may meet other grandparents or people their age in their helping efforts.

Studies have indicated that grandparents who are close to their children and grandchildren and have close emotional bonds with them experience better positive thinking. They have a lower chance of developing depression or symptoms of depression, likely because they receive and give emotional support to and from others. (3)