A good man may be hard to find, according to many women. The definition of what makes a man “good” may vary,  but certain qualities are non-negotiable. Many people wonder what traits are essential in a good man. So, what qualities make a man suitable?

A good man, one study found, has certain qualities. Women ranked qualities like honesty, humor, kindness, and dependability as the most important.  But there are other qualities that could be added to this list.

Here is a list of 15 signs that reveal a good man.

A good man is supportive of you, whether it’s in your career, your schooling, or your creative outlets. He sees what you’re doing as essential, not just secondary to him. He encourages you to pursue your dreams because he cares about you and your interests as much as his own interests. He’s for you, not against you. 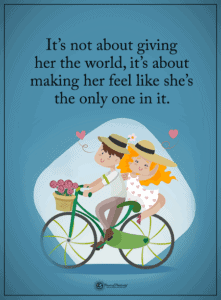 2 – Works hard to get to know your family and friends

Respect is an essential quality in human relationships. If your man isn’t respectful of you, it should be a huge warning sign. Disrespect means he’s not really for you, he’s more concerned about himself. Don’t believe the lie that once you’re married, he’ll be more respectful. Disrespect of women can be a sign of entitlement or sexual dominance, one study found. If you see this in your man, you may need to step back in the relationship.

Men who are emotionally open and in touch with their feelings are better able to listen and encourage your emotional growth. Emotional vulnerability makes your relationship deeper. When you share your opinions and struggles with your man, you should feel his understanding. A man who is emotionally uptight or unwilling to talk about his feelings is immature. This isn’t the kind of relationship you want.

5 – Willing to work on your relationship

A good man values your relationship enough to work towards its growth. He doesn’t blame you but seeks to own his own negative contributions. One study found that forgiveness is an essential element in a relationship. A good man is willing to forgive. He doesn’t hold a grudge or try to get revenge when you do something wrong. Part of being human means you do and say things you may regret later on. A man who’s willing to work to make himself better and work on your relationship is indeed a good man. 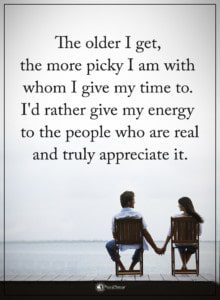 This might not seem like a game-changer in a relationship, but it’s a huge contributing factor to a successful relationship. Having similar values means you and your man have the same values related to marriage, family, religion, and character qualities like trust and honesty.

Good manners show respect. A good man knows how to relate to people like a gentleman. Here’s a list of some basic manners a good man should practice.

A good man is mannerly or at least desirous of good manners. Not everyone learned good manners at home, but if your man is as least anxious to learn good manners, this is positive. If he thinks these courtesies are stupid or unnecessary, be alarmed. It’s not a sign he’s a good man.

Reliability is critical in a relationship. A good man is trustworthy. If he says he’ll do something, he does it. He doesn’t make excuses for himself. He’s reliable at work and at home. He shows up for engagements or parties on time. If your man is unpredictable, you can’t trust that he’ll be there for you. This quality is essential, so don’t overlook it when you’re considering a good man.

No one wants to see a man acting like a teenager. It’s unattractive and quite honestly annoying to see a man speaking and acting half his age. It’s a sign he’s insecure. Men like this are usually looking for attention. This type of man may be fun at a party, but he’s not ready for a long term relationship. No woman wants a relationship that requires her to continually rescue her man from his immature activities. If your man acts like this, he may not be right for you.

We often consider a good man as someone who can lead, but a good man is one who can also follow.  He is respectful at work of his boss, or team lead. He’s doesn’t need to be in control all the time. Also, he is willing to allow you to lead in areas where you have more experience or know-how. He is neither insecure nor afraid he’ll look “weak” if you lead in the relationship. Good men also know how to lead when needed in various situations which include

A good man owns up to his mistakes. He listens to criticism without getting angry or blame-shifting. He admits he was wrong without drama or playing the victim. No one wants to be in a relationship with someone who wallows in self-pity. It’s selfish and proves they can’t handle criticism. A humble man that owns his mistakes is a good man. He’s humble enough to admit his weaknesses and desirous of change.

Studies show that couples who have effective communication have a more satisfying relationship. A good man not only communicates well, but he initiates contact with you. He doesn’t see it as your job to start a conversation. Also, he values your input.

And while may not agree with you on a topic, but he’s open to talking about it. He doesn’t insist that he’s right, or make you feel like your ideas are stupid. A good man will communicate with you because he cares for you. 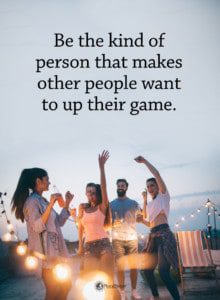 13 – He takes the initiative in the relationship

A good man is an initiator. He initiates in

A faithful man is a good man. He’s faithful by not gossiping about you behind your back or flirting with other women. He’s loyal enough to protect your reputation, your confidences, and your sexual relationship. His love isn’t divided, he’s attentive to you alone because you’re most important to him. A faithful man is a faithful man who you can trust with your life.

A good man knows how to keep his finances in order. He should understand or be learning about the essential elements of economics such as:

A good man won’t prey upon you for money, or ask to borrow money from you all the time. On the other hand, he doesn’t place too much emphasis on money. A good man is generous, not stingy. He won’t get angry if you spend money on something for yourself.

Finally, he’s balanced when it comes to money, seeing it as a means, not an end in itself. Lastly, a good man is willing to learn from you if you have more financial knowledge and experience than he does. This is a sign that he’s humble, and that’s good. 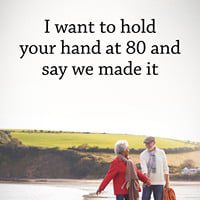 If you have found love with these traits, hang on to him. He’s a definite keeper. Congratulations–you found a good man!