Traditionally, men have always made the first move. They approach women, plan and pay for dates, and do a lot of the heavy lifting in the early stages of a budding relationship. It can be stressful, mentally taxing, and financially difficult for them, especially in this decade!

It’s not really fair to expect men always to make the first move. Shouldn’t women show their attraction, too? If there’s someone you like, you can take the first steps to make them a part of your life, no matter what your gender is!

A woman may make the first move by entering someone’s bubble. This proximity is a good indicator of a woman’s interest, as they will intentionally move or stand unusually tightly next to a person they are interested in.

Some women have, unfortunately, been taught to move backward and away from people they’re interested in, to entice a sort of “chase.” This tactic doesn’t work, and women actively trying to make the first move won’t (and shouldn’t!) consider that a good option. 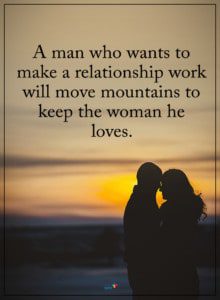 Some women make the first move by prompting men to take the first physical steps. What does this mean? Essentially, they perform common nonverbal cues that are signs of openness that say “Approach me!”.

Men typically have a positive reaction to these cues, as they are long-understood signals of interest. For example:

3.    Striking Up A Relaxed Conversation

A simple, no-pressure conversation is a common way women make the first move. As a small talk type of exchange, there’s no tension, and either party can leave if desired. They may talk about:

Sometimes, a woman’s chosen method for making the first move is to provide a warm greeting, a subtle signal to their person of interest to start the real conversation. They may say hello or use any other greeting, taking care to use a welcoming tone that indicates they are open to the company.

A woman may buy drinks for someone at the bar that they’re interested in. This usually prompts the object of their interest to at least thank them, which opens the door for more conversation.

Besides, buying drinks for someone is one of the oldest ways to make the first move in the book! As such, though it’s relatively subtle, it’s difficult for anyone to misinterpret, which is a positive bonus.

Inviting someone to hang out in a bigger group is a subtle manner of making the first move, as it doesn’t force a romantic connotation over the event. If the group date goes well, it serves as a jumping-off point for a follow-up, one-on-one date.

In general, date invites can also be a woman’s way of making an obvious first move in a safe way, especially if they don’t know the other person yet. They’ll be in the company of others, and it’s a great way to gauge compatibility.

Red is an inflammatory color of sorts. It presents an automatic appearance of femininity and attractiveness that easily hooks a lot of guys, putting them in a state of positive thinking for the approach. This red doesn’t have to be a dressed-from-head-to-toe color. It can be used in many, many ways, such as:

Of course, do note that color is not consent, and women wear red for preference reasons – but combining red with cues of interest is definitely a way of making the first move! 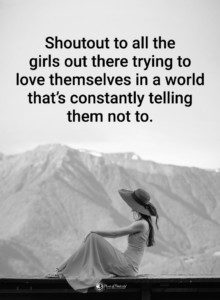 A woman may drop hints if they’re interested in someone. The more obvious the hint, the more likely it is that they’re seriously trying to make the first move without losing subtlety. They might talk a lot about wanting to see a movie or go to an event, hoping to be asked out. The problem, of course, is that not everyone notices those hints!

A woman who reached out to someone they’re interested in first is making the first move, in a way. They’re taking the first steps to form a longer connection, in a way that makes them very easy to reach. They might go directly for flirtation, crack a few jokes, or just make small talk as they build up momentum.

A woman who knows what the person they’re interested in likes may attempt to score bonus tickets to something that person would definitely want to take part in. Then, when the opportunity arises, they’d offer the spare ticket – and it becomes a date! Sneaky!

When someone asks another person questions, it’s because they’re trying to get to know them. As such, a woman may subtly make the first move by asking someone questions about themselves. These can involve:

These questions usually become progressively more personal as the asker sees how far they can get, as this is usually a good indicator of the other party’s interest.

A lot of women like to engage in banter with the people they are attracted to. It’s a good test of whether the other person’s wit matches theirs if the senses of humor are compatible, and if there’s interest in general.

Playful, flirtatious teasing rarely goes overboard into hurtful insult territory, so it’s not difficult for most people on the receiving end to notice it as the first move of sorts!

Putting skin on display tends to catch the eye, and it certainly works to make others approach you! Research has even found a jumping-off point that indicates women who are undergoing ovulation tend to naturally decide to dress less conservatively, without even thinking about it.

Do note – importantly! – that revealing clothing is not consent, and plenty of women dress like this out of preference. However, a combination of certain kinds of clothing and signals of interest is a reason to believe a woman may be making the first move.

Gentle, soft touches of a seemingly innocent kind are another way that women make the first move, especially with men. This is because they know that men are often more physical in their preferences and responses, and may have a more positive response to touch. These touches may include:

15. Expressing Desire To Keep In Touch

After a first meeting, a woman may make the first move by saying they want to keep in touch. They may use phrases like:

These methods are very subtle, but they’re how a woman gets or gives contact information that will lead to something more. Sometimes, it’s platonic – but a lot of the time, there’s room to explore a deeper relationship!