Daily activity is a positive, right? As it turns out, you should strike a healthy balance between a sedentary lifestyle and exercising too much.

According to a study published by U.S. News and World Report, 40 percent of the U.S. population is considered obese. In essence, this means that a significant number of Americans have a body mass index (BMI) of 30 or higher. This BMI puts them at risk of developing a variety of chronic diseases.

Some of these diseases, according to a separate study published by the National Institutes of Health, include fatty liver disease, type 2 diabetes, high blood pressure, joint disease, kidney disease, and certain cancers.

While these findings may sound grim, there is a bit of good news.  Many individuals who are struggling with obesity are making it a point to adopt a healthier lifestyle, which includes regular exercise.

To that point, a study published by statista.com, an online resource for statistical data, market research, and business intelligence, new gym memberships in America increased by over 30 percent between 2000 and 2017.

Indeed, many individuals are starting to recognize just how much of an impact being obese can have on their health. And many are turning to regular exercise to shed unwanted pounds, improve their health, and increase their life expectancy. 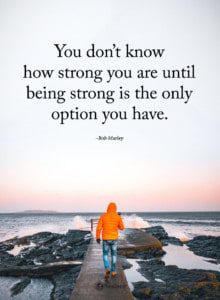 Can Too Much Exercise Do More Harm Than Good?

When it comes to exercise, there is such a thing as too much of a good thing. Of course, this is not to dissuade those who have chosen to lead a physically active lifestyle as doing so offers many health benefits. Indeed, you’ll enjoy a reduced risk of developing joint problems and multiple chronic diseases.

That aside, it is worth noting that a surprising number of Americans are addicted to exercising. Indeed, much like illicit substances, some individuals achieve a euphoric high through exercise. And to that end, they develop an addiction that invariably gives way to overtraining syndrome. For those who are not familiar with overtraining syndrome, it comes from a maladaptive response to exercising too much without achieving an adequate amount of rest.

Some of the more common signs of overtraining syndrome, also known as overexercising, include the following:

Studies show that an estimated 3 percent of gym-goers admit to having an exercise addiction that leads to them exercising daily and spending hours on end at the gym. Those who do not have a gym membership admit to spending an inordinate amount of time working out at home.

It is worth noting that exercise addiction is not officially included in the Diagnostic and Statistical Manual of Mental Disorders (DSM-5), a publication for the classification of various mental disorders.

Nonetheless, if not resolved, it is an addiction that can eventually give way to mental health disorders that do meet the criteria for such a classification, some of which include anorexia, bulimia, anxiety, and depression.

What Drives Some Individuals to Exercise Too Much?

In many cases, the decision to exercise excessively stems from an addictive personality. And those who engage in this type of behavior often view it as a healthier and better way of dealing with stress and negative emotions compared to drinking alcohol or abusing drugs. Many have even gone as far as to say that excessive exercising provides them with a natural euphoric high.

Additionally, some individuals also fall victim to societal pressure. Indeed, they believe that if they exercise enough, they will be rewarded with the perfect body.

To further illustrate this point, we need only take a look at another study published by the National Institutes of Health. According to the study, professional and amateur athletes who are exceedingly competitive are at a high risk of developing an exercise addiction. The study goes on to note that exercise addiction is not uncommon among the following athletes:

What Factors Contribute to Exercising Too Much?

The rate of exercise addiction among athletes can be further complicated by technology, with many individuals using smartphone apps to track and document their accomplishments.

Beyond that, many individuals will also post their athletic achievements on social media platforms, such as Facebook and Instagram. This kind of social media sharing not only pushes them to compete harder but also to compare their achievements with others.

As a result, many exercise to exhaustion and allow themselves very little time to rest in-between sporting events. The same applies to the training that they undergo in the days and weeks leading up to those same events.

To put into perspective just how damaging this level of competitiveness is for professional and amateur athletes, it helps to take a look at a study published by the National Institutes of Health. The study noted that between 39 and 48 percent of athletes that consider themselves highly competitive are struggling with anorexia or bulimia. And those who do not have an eating disorder are struggling with body dysmorphia or an obsessive-compulsive disorder.

How Exercising Too Much Can Lead to Weight Gain

While exercise, coupled with a healthy diet, is an excellent way to lose weight. However, overexercising can have the opposite effect and lead to weight gain. To say that this an ironic turn of events for those who put health, fitness, and athletic competition at the forefront of everything that they do is unfortunate would be a gross understatement. As far as why this happens, it ultimately comes down to stress.

Whether the goal is to achieve a body shape purported to be ideal on social media, to outperform an opposing team in a sporting event, to lose weight faster, or as a way to deal with personal problems, too much exercise can trigger stress. And for those who already lead a stress-filled life, exercising too much could complicate matters even further. Individuals who exercise too much often experience negative consequences.

Consequences of exercising too much:

All of these symptoms can cause weight gain and may even lead some to regret having ever decided to start exercising or participating in sports. While this kind of frustration is understandable, it can be avoided by following a sensible exercise regimen. For example, if your goal for exercising is to lose weight, sometimes less is more.

To help put this into perspective, between 2.5 to 4 hours of exercise per week is more than enough to produce moderate weight loss results, according to a study conducted and published by the American College of Sports Medicine. In short, this equals about 22 to 35 minutes of exercise each day. And that is enough to lose weight without getting into overtraining territory.

Further, people who exercise for 2.5 to 4 hours per day can lose up to 1 pound of body fat weekly. That number can equal as much as to 2 pounds weekly if they also consume a healthy, well-balanced diet. Finally, individuals who lose weight gradually are more likely to keep the weight off long-term compared to those who shed too many pounds too quickly.

The road to weight loss is different for everyone as we each have a different body type. These body types, which include ectomorph, endomorph, and mesomorph, each hold on to body fat differently.

Of the three, those with a mesomorph body type tend to lose weight the fastest. So if your body type is ectomorph, attempting to achieve the same rate of weight loss goals in the same amount of time as someone who is a mesomorph is a quick way to develop symptoms typical of overtraining symptoms.

And in many cases, those symptoms include weight gain. As far as professional and amateur athletes, health and overall wellbeing should always come first. After all, it is possible to be competitive without overexerting yourself to the point that your health becomes compromised. The same is true when it comes to exercising too much in preparation for a sporting event. This training can negatively impact your performance when the event gets underway.

Final Thoughts on Exercising Too Much and Weight Gain

Regardless of why you choose to lead a more physically active lifestyle, avoid pushing your body too hard. After all, overtraining can result in weight gain and other unwanted outcomes. Lastly, if you believe that you have an addiction to exercising too much or you’re overly competitive, speak with a mental health professional as soon as possible.