By Power of PositivityPublished on September 11, 2016Last modified November 02, 2020

Having a negative body image is bad for your mental state, and it’s possible that it can actually make you gain weight. Our minds have more power than we often allow ourselves to recognize, and these negative thoughts can sometimes materialize into what we don’t want, rather than the healthy bodies that we do want.

Why Your Body Image Can Affect Your Weight

Researchers at the Department of Health Education at Indiana University-Purdue University studied obesity in teenage girls and their body images to try to understand the causes of weight gain. They found that overweight female adolescents seem to suffer from low self-esteem and their low self-esteem may be explained by having a poor body image. 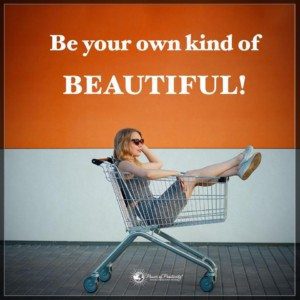 The Department of Epidemiology & Public Health, and the Cancer Research UK Health Behavior Unit at University College London studied international perceptions of body image and weight issues. In their research, they say ‘Historically, perceived overweight and the drive for weight control have often been characterized as irrational and hazardous, especially for young women, who are viewed as pursuing absurdly thin ideal weights and risking their physical and mental health.’ The researchers are particularly concerned with the perceptions of teens and young adults who they say are at higher risk times for body image problems and eating disorders.

The researchers wondered if body image was similar for other countries and found that body image concerns were an international problem. They also found that ‘women were more likely to perceive themselves as overweight than men, and much more likely to report trying to lose weight.’

In the study, men were less likely to report feeling overweight (25%), and even fewer were trying to lose weight (21%). The researchers say ‘This gender difference is strikingly consistent across all of the countries in the sample, indicating common cultural pressures either for over-concern among women or under-concern among men.’

How to change your body image to prevent gaining weight

As we already mentioned, part of your self-perception is your body image. If you see your body image as fat or overweight, it can distort your feelings about yourself and that might cause you to believe that you are the kind of person who eats fattening food.

It is possible that cognitive behavioral therapy can help those with a poor body image to rethink their negative thoughts about their bodies and change their self-esteem and eating behavior as a result. The Purdue University researchers also say ‘Efforts should be directed toward encouraging and supporting healthy eating patterns and physical activity while encouraging students to recognize personal strengths not related to physique.’

Related article: 6 Ways to Turn On Your Weight Loss Hormones

Now that you have identified these negative thoughts, question their truth or falseness. For example, if you said, ‘My belly is so fat,’ ask yourself why you believe this. Are there people who have larger stomachs than you do? Is your belly working to digest your food and nourish your body? Where did you learn that your belly was unloveable?