The world is a fascinating place full of amazing environments with an abundance of exciting and fantastic plant and animal species. Some animals can thrive with the interference of humans into their habitats for cultivating or hunting purposes. However, we have pushed others toward the brink of extinction instead. If humankind does not take drastic measures to help these species survive, these endangered species could disappear within the next generation or two.

Here are 15 of the most endangered species on the planet, and what conservation efforts are doing to help some of them hold on.

15 of the Most Endangered Species on Earth

Until 2004, scientists believed that the Ivory-Billed Woodpecker was extinct. One of the largest types of woodpecker in the world, this bird lived in the southeast United States as well as parts of Cuba. The last confirmed sighting of one was back in 1944, but in recent years amateur ornithologists, as well as others in certain areas, have seen or heard what they were sure were Ivory-Billed woodpeckers. Science does not confirm these sightings. Thus, they classify this bird since definitely or probably extinct. If they find evidence that they still exist, it will move to the critically endangered species list.

Located in the Northern Russia Primorye region, the Amur Leopard is a critically endangered species of wild cat that once was found in Korea and China as well.

Humans once also called it the Far East, Manchurian, and Korean leopard. However, most of those names do not fit any longer since its habitat has shrunk so much. Only around 80 still survive in the wild, as poachers receive high payouts for their spotted fur. Their beautiful markings drive them close to extinction.

Once, these rhinos lived across Southeast Asia and Sumatra. Now, because of poaching for their horns, destruction of their habitat, and natural disasters, there are less than 70 Javan Rhinoceros left. The species, known as the “most threatened rhino species,” lives only in Ujung Kulon National Park and is listed as a Critically Endangered species. Without conservationists fighting for the protection and harsh punishments for illegal hunting of the rhinos, they would quickly become extinct.

A baleen whale from the Atlantic coast of Canada and the United States, the marine mammal is considered the “most endangered whale species” in the world. Climate and ecosystem changes and entanglement in fishing equipment, strike by vessels, and loss of food, all contribute to the decline of this species. Currently, only 400 live in the wild, and that is because conservationists worked to get the North Atlantic Right Whale protected status.

The smaller of the two African rhino species, the black rhino makes the critically endangered list. Indeed, only conservation efforts have saved them from extinction. For over three decades between 1960 and 1995, the numbers in the wild dropped a terrifying 98%. Habitat loss does play a part in their decline. However, poaching for their horns caused the loss of thousands of this species. In the last 20 years, the black rhino has managed something of a comeback, and now there are over 5,500.

Many factors have led to the rapid decline of gorillas in the wild. Living only in the Virunga Mountains and the Bwindi Impenetrable National Park, the Mountain gorilla has lost large numbers of its population to hunting, loss of habitat, disease, and war. At one point, this endangered animal was in such dire straits that scientists were thought it would be extinct by the end of the 20th century. Thanks to the work of conservationists who fought for protected habitats and better protection laws, the Mountain gorilla has bounced back to some degree. There are still only around 1,000 in the wild, however.

Also known as the Chinese River Dolphin or Yangtze River Dolphin, the baiji is functionally extinct in the wild. That term means that there are no confirmed sightings of one since before 2007. That year a six-week expedition took place to locate any surviving baiji population without success. Human development and habitat destruction were the main causes of this 20 million-year-old species disappearing. However, in the last few years, fishermen and amateur conservationists have said they saw dolphins in the Yangtze River.

Called the “Asian unicorn,” humankind only recently discovered the soala (in the 1990s.) This mammal relates closely to cattle but looks like an antelope. It sports two parallel horns on its head.

It lives only in an area between Laos and Vietnam. Already, it’s so rare that researchers cannot get a precise count of how many exist. None currently live in captivity, not even in special breeding programs. Therefore, if we lose the soala in the wild, it will vanish for good.

Scientists mark this species both Critically Endangered species and Extremely Threatened, due to habitat loss and hunting traps in its area. Conservationists are working to establish protected areas where the soala lives to keep it from becoming extinct.

The largest and most migratory sea turtle, the Leatherback is listed as Vulnerable as a whole, with several of its sub-populations being labeled as Critically Endangered species. One of the biggest threats facing this turtle is the dangers of commercial fishing. Turtles get caught in nets and on hooks and frequently end up drowning. Their numbers are also declining due to egg collection practices, as well as habitat loss. Conservationists are working to correct the Leatherback population decline by implementing turtle-friendly fishing methods, protecting habitats, and putting a stop to the over-harvesting of eggs.

Endemic to China and tracing its ancestry back 170 million years, the largest amphibian in the world is the Giant Chinese salamander. It lives in mountain streams and can grow up to 1.8 meters long.

Why drives this animal to the endangered species list?

Traditional eastern medicine uses it for healing. Others hunt it for a protein source. And, of course, habitat destruction places them at even graver risk. Thus, scientists classify the giant Chinese salamander Critically Endangered.

In the last 75 years, nearly 80% of the orangutan population declined in Sumatra. These great apes live nearly their entire lives up in the trees, and deforestation has destroyed a large part of their habitat. Now they are Critically Endangered, with just nine populations to be found in North Sumatra. And at least two of these do not have good odds for long term survival. Poaching and the illegal pet trade have also played a part in cutting down their numbers.

Like its neighbors, the Sumatran orangutan, rhino, and tiger, scientists deem the Sumatran elephant critically endangered. That decline comes largely from deforestation and a loss of habitat. In the last 25 years alone, they lost nearly 70% of the land where they once roamed. It has had to move closer into human settlements, which has led to human/animal conflict, often with deadly results for the elephants. It has also seen its numbers decimated by poachers, and now there are less than 2,800 left in the wild.

Also called the Sumatran tiger, these large cats once roamed Java and Bali. However, they now only exist in Sumatra. Due to deforestation and poaching, only around 400 of these animals remain in the wild today. These felines are listed as Critically Endangered. And without stronger anti-poaching laws and punishments, they may face extinction sooner rather than later.

Labeled by marine biologists the “world’s rarest marine animal,” the vaquita is a recently discovered porpoise species (first spotted in 1958). It lives in Mexico’s Gulf of California and has been driven nearly to extinction by illegal fishing operations in the area. With only about ten living vaquita left, the species is Critically Endangered. Conservationists are working to ban the use of gill-net fishing throughout its habitat, and hope to start programs to help breed more of the porpoises.

Pangolin are anteaters that, unlike most mammals, have scales all over their bodies. There are eight species of pangolin, and all are currently under threat, ranging from vulnerable to critically endangered. They hold the designation of  “the most trafficked animal in the world. ”

That’s because poachers prize this species for their scales. While conservation organizations and stricter hunting laws try to stop the illegal trade of pangolin parts, they aren’t always successful. 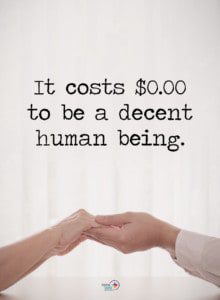 Final Thoughts on the Plight of These Endangered Species

The number one threat to all of these endangered species is humankind. We not only destroy their habitat, but we also engage in irresponsible commercial practices or illegal hunting.

So it is important for humans to do what they can to stop the extinction of these and other critically endangered animals. Many conservation groups are working around the world to protect habitats and push for laws protecting vulnerable species. They are also creating and assisting with captive breeding programs to help boost population numbers. If everyone can do their part to help, these animals could come back from the brink of extinction and survive many more hundreds or thousands of years on this planet with us.